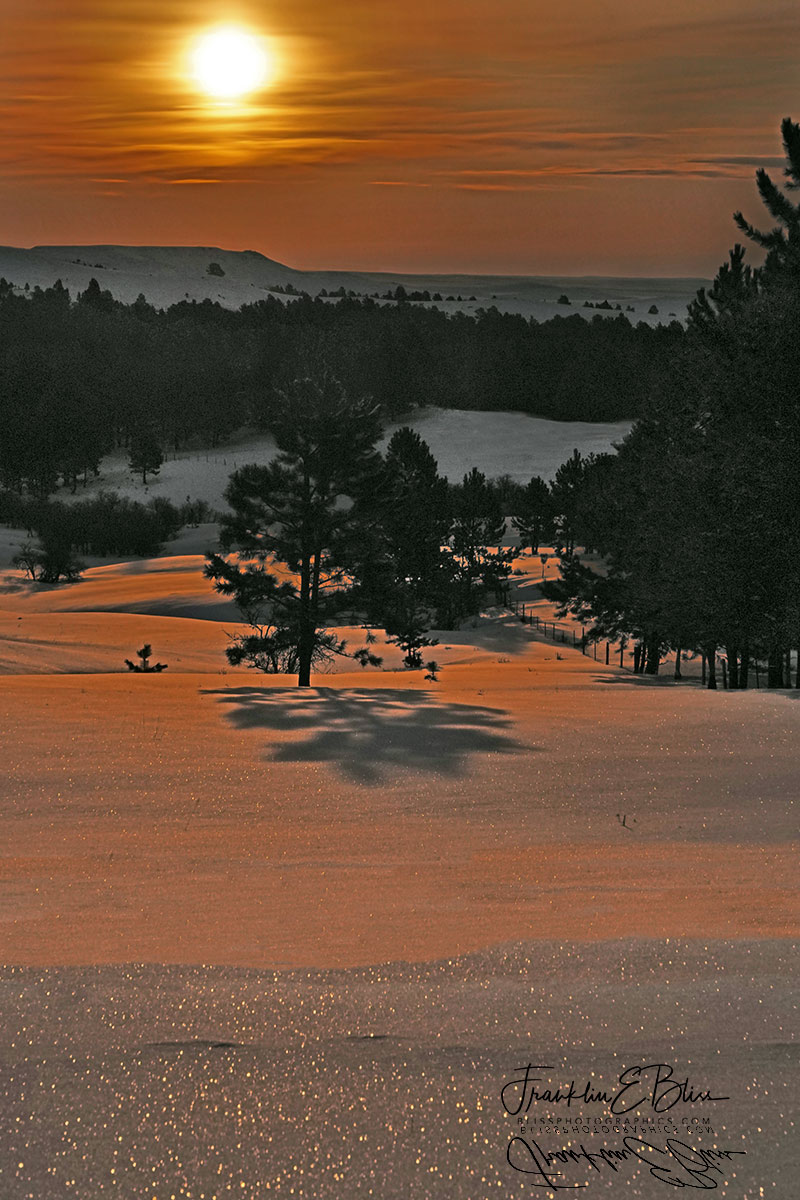 Moon, This is the Moon. NOT the Sun. Captured from a Truck Window mounted camera up high in the backcountry of MT/WY. I have been able to get around with my “new rig” a little better. This capture on a remote ridge. This was done with a 30 second time exposure to pick up all the ambient light that was about. I could BARELY see this blush on the trees and had to set up my camera to catch this. A little tricky actually but the thought process is straight forward. The moon was heavily veiled for this and that limited me to landscapes instead of moon photos lol. This is the result.

Known as the Snow Moon, named after the snow on the ground. Some North American tribes named it the Hunger Moon due to the scarcity food. Also the hard hunting conditions during mid-winter. Others named it the Storm Moon for the tendency towards brutal February ‘s storms

This was a very very dark capture. A 30 second time exposure requires a very stabile platform like a heavy tripod or a sand bag and a remote trigger. I used a timer. Your first priority is shutter speed, the more the shutter is open, the more light the camera is going to collect. 30 seconds is a long exposure for me.

The Aperture was F-11. To get Deep focal fields, F-11 is low for me. I wanted the Moon lit “Snow Diamonds” to show up in focus. The Snow Diamonds would blur setting a lower F-stop. Any higher F-stop and the image would have been too dark. Focal Length was 48mm.I hate using ISO higher than about 150 but here I used 300. (camera sensitivity.)