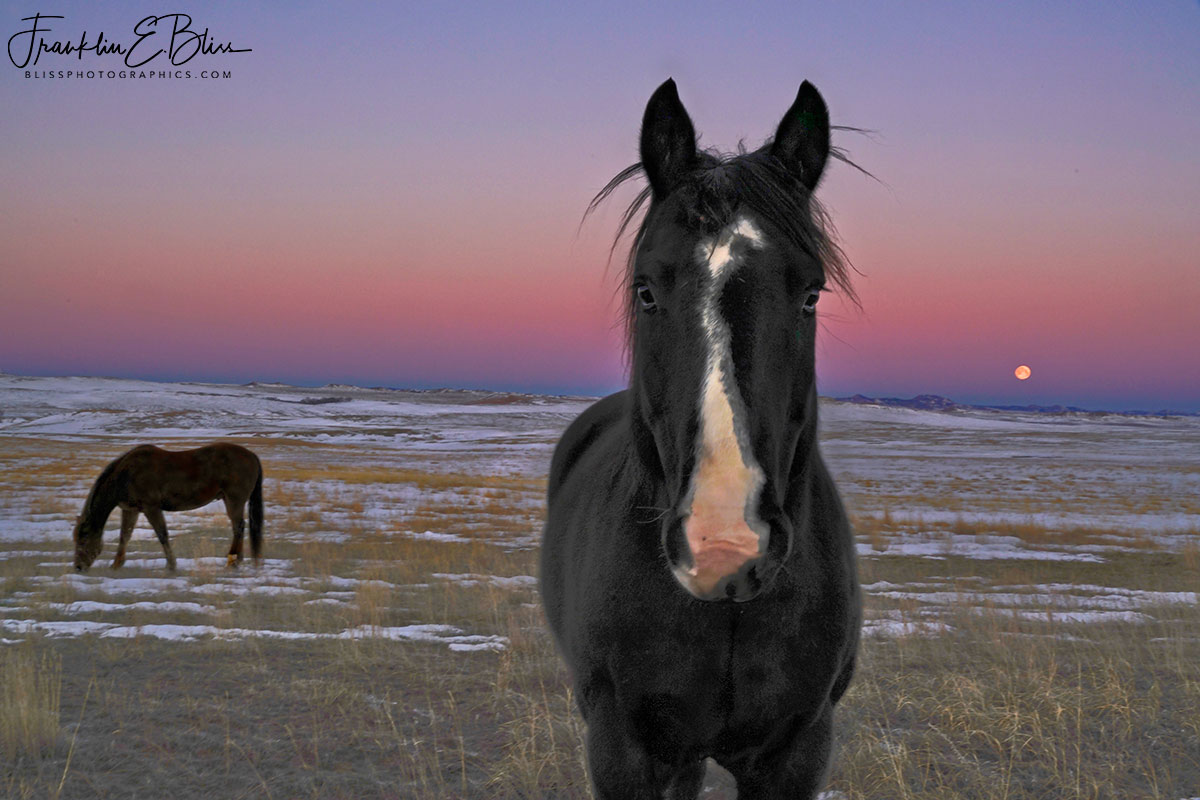 These two jokers were hanging out where I was driving just as the moon Full December moon was setting. The pink”Belt of Venus” was pervasive in the back show that morning. Alpenglow like the Belt of Venus is a result of LOT of atmospheric ice. The pink is the light that made it over the horizon, the blue like under it is the shadow of the eastern horizon on the western atmospheric ice screen. There are not many days of the month you can catch this and then the sky has to be clear enough to see the moon down that low to the horizon. As the western horizon moves upwards, the blue will disappear along with the full moon setting in due time.

Yet another low light (civil twilight) Close / Far perspective out of a 23-135 Sony G series lens. Some lenses do this kind of thing better than others but a medium zoom of about 70mm was my pick here. High F-stop for deep focal depth of field. Camera sensitivity and speed you set to light conditions with ideally lower iso and faster shutter if you can get away with it. Riding the razor blade of light balance. F stop is your priority here unless the horses are moving. If they are moving your going to have to make your shutter speed faster and turn up your camera sensitivity to compensate for the less light due to a faster speed/shorter exposure. It’s always those three settings working your camera in manual mode. Your camera on automatic is not going to take this image.