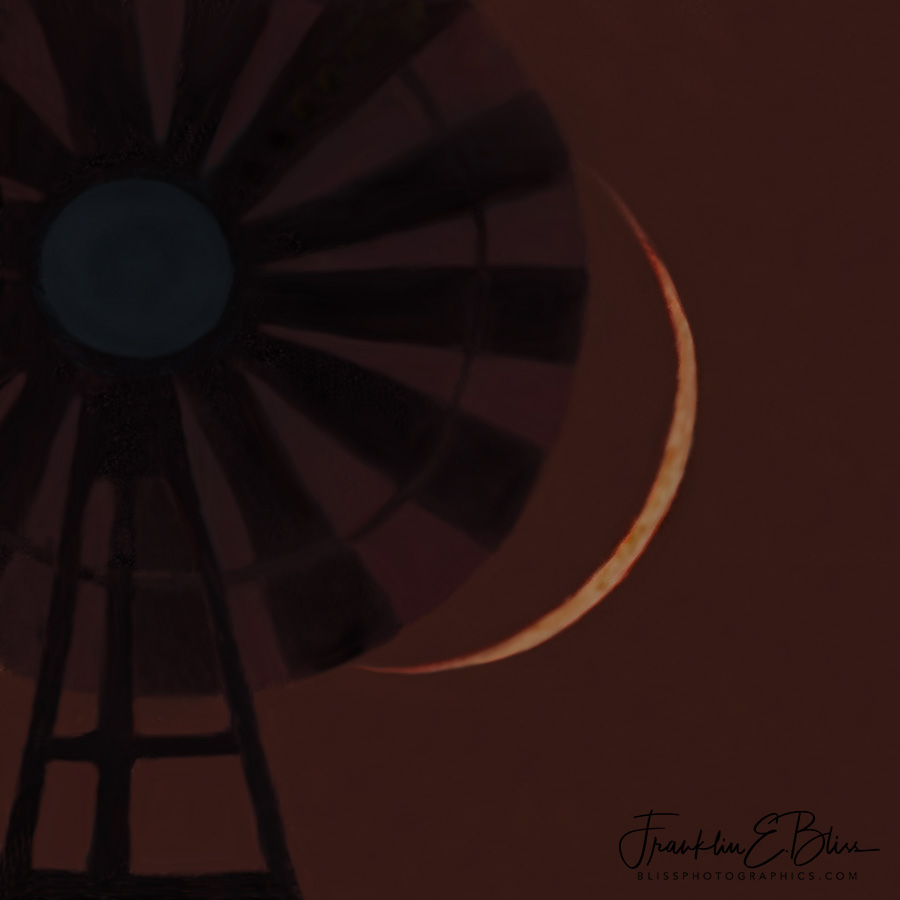 Way outside a normal photographic challenge. I come up with these ideas, show up to the time and place. Then I have to figure out how to capture such a low light event. 🤔📷

This was a 1/15th second time exposure as it was very dark out for this. The wind was BARELY moving the windmill’s sail. The camera is about 400 yards from the windmill’s blurred fan (in the camera). The moon was 200+ thousand miles out and only about 3 percent illuminated. The morning sky was full of a dark brown ice glow starting into alpenglow.

A big 600 mm fast lenses will do wonderful captures if you can keep them still enough. Any wind on a big camera lens in this amount of light is a tough photographic environment. A shot timer in the camera is a good thing (or a remote shutter switch). It takes a second or two for a really big lens to settle down motion induced by the click. The Montana/Wyoming borderlands I frequent are mostly high ridges. The wind is actually higher up here than down at more reasonable altitudes. Truly this is a tough photographic environment to catch such a low light moment in space and time.

To catch a blurred windmill sail as well as a dim crescent in the same photo….. Taking photos in very low light at distance is an interesting game. If you get a chance to try this with your gear, start at a 1/15th second time exposure. Go longer if you need if your tripod mounting the camera.

Artistically I was compositing two nested arcs in the same image. I believe this was about 1 hour before sunrise. Taken during either late astronomic twilight or earliest nautical twilight. There was just a slight glow in the sky, just enough to eek this image out.