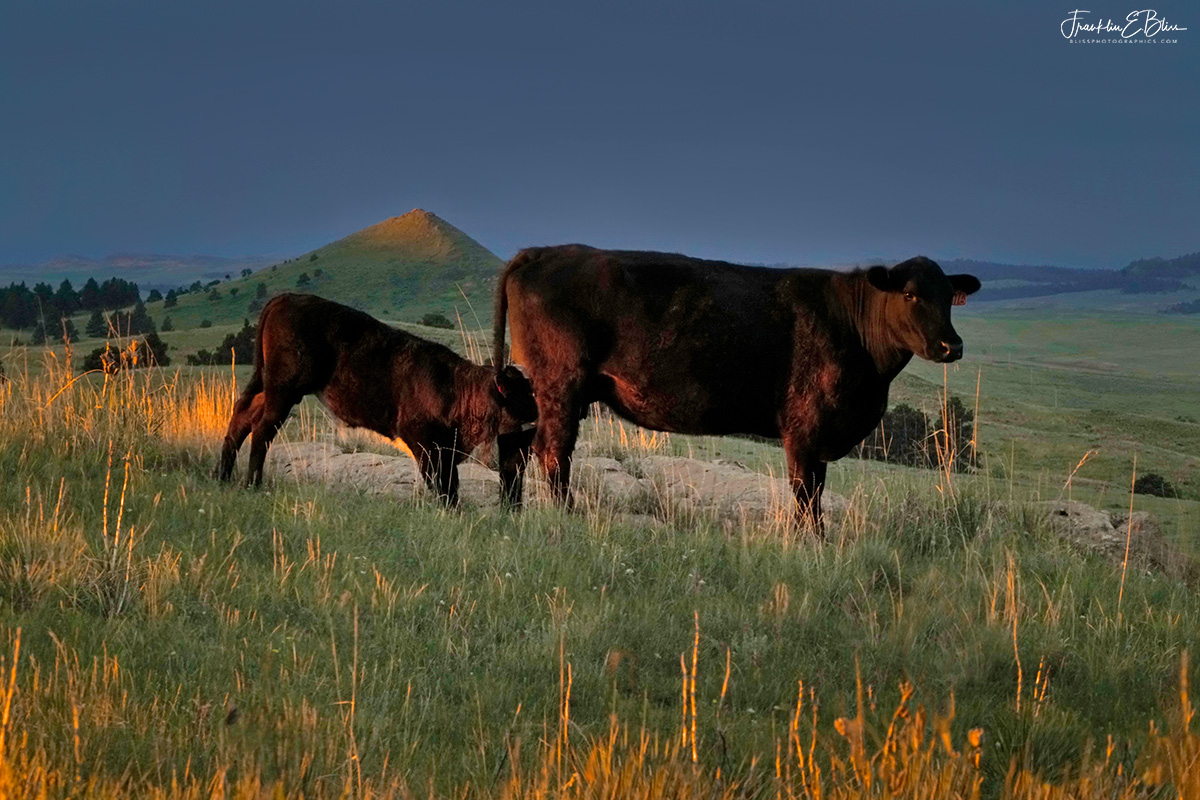 The very first of the mornings light skimmed off the high hill tops and ridges. I like to be just on the far side of a ridge for the sky show. Here I caught a calf Black Angus enter the rear door of the cafeteria’s milk spigot. Between the green grass (rocket fuel) and all that raw milk makes them live wires. You never know which way they are going to jump in the spring.

I get a lot of comments regarding the conical pyramidal shaped hill. I often do satire narratives where they turn magicially into volcanos or the rare “American” pyramid. I’m sorry that the truth is way less interesting. Sadly they are just piles of different layers of sandstones and mudstones. Deposted during the late Cretaceous, these layers are world famous.. This is when the dinosaurs were crawling around these sands I’m standing on. Blanketed in the Hell Creek/Lance formation, we never know what we are going to find. . Known from the end of the dinosaur era. They are indeed occasionally fossilferous. I’ve found good sized bones in the grass before (rare but several times). There are indeed dinosaur fossils up here. We earned Bliss Dinosaur Ranch as a name. p

But this is a land of many uses. We raise a lot of grass and cattle up here. I raise some dinosaurs now and then of course. We’ve had a nationally released video of 4 wheel drive activity we’ve done up here. (2008 Petersons 4 wheel drive and offroad’s Ultimate Adventure Video was partially filmed here). We have had a major rifle shoot here every year for 18 years now. Oil has been extracted back in the 1960’s so the place was mineral rich. Open spaces are still open. You would be hard pressed to find much evidence of the 1960’s oil production. There are several pipelines for oil, gas and CO2 crossing nearby. This place makes many things happen.