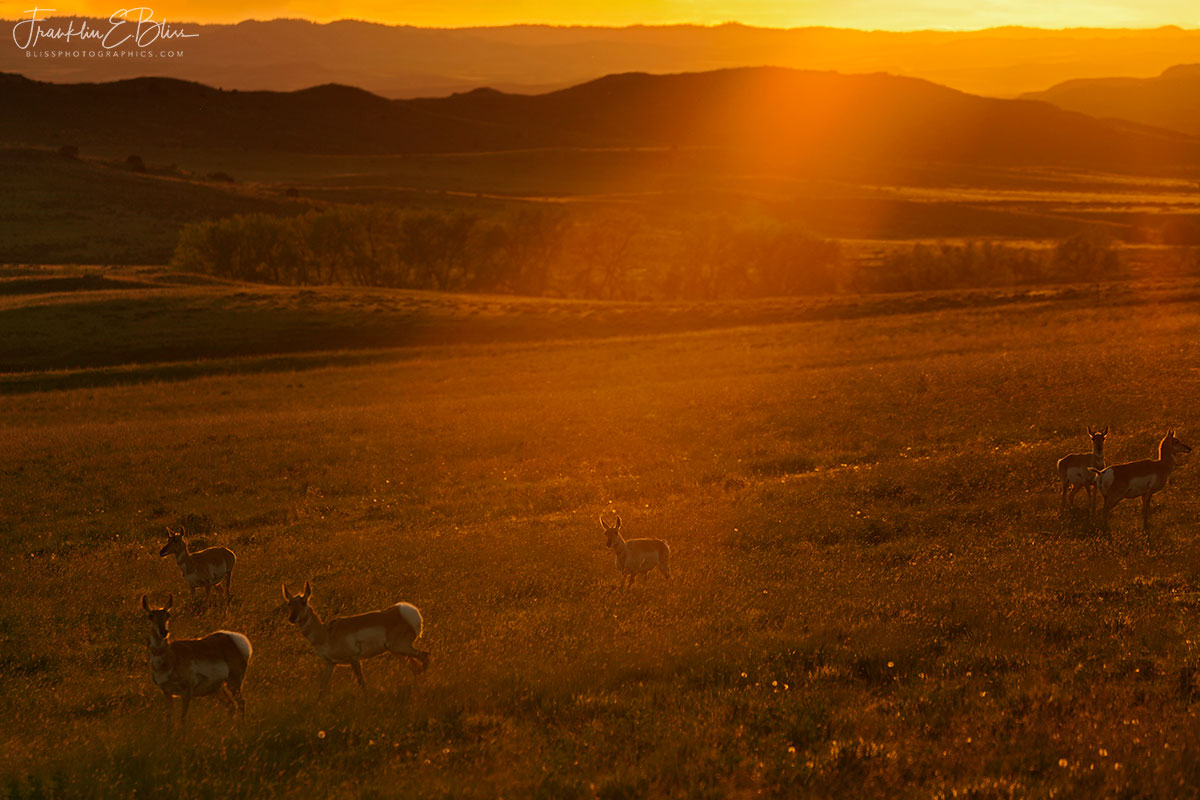 It sure seems that all the Pronghorn Does are pregnant. This group of 6 were hanging out on the MT/WY border with apparently nothing better to do. I was able to drive by these and then come in from the other side of them for some close ups. I was actually on the road for this capture. Having a group of pronghorn already familiar with my Black Ford F-150 Raptor (Clever Girl) this early in the year is a very good thing. I actually circled these guys, got much closer and left them not the other way around. Until they get familiar with me, running away from a vehicle is the standard response.

By late summer, I’ll have these guys thinking I’m just another cow. They will pass this on to their fawns (due within the month certainly). The lack of fear for this particular truck already This will hopefully turn into many close photos of the actors in this group. This last year was a very good wet year so I expect at least several sets of twins out of this group. Six adults turn into a family of say 14 or so… The nursery is going to be busy very quickly. So turns the wheel of life.

The males are mostly off in little groups but the male that was bossing these girls around is just off screen. I’m not sure of his relationship to the developing young. I’m doubting he had control over the group all winter while they were migrating. I’m thinking he’s probably not the father…..