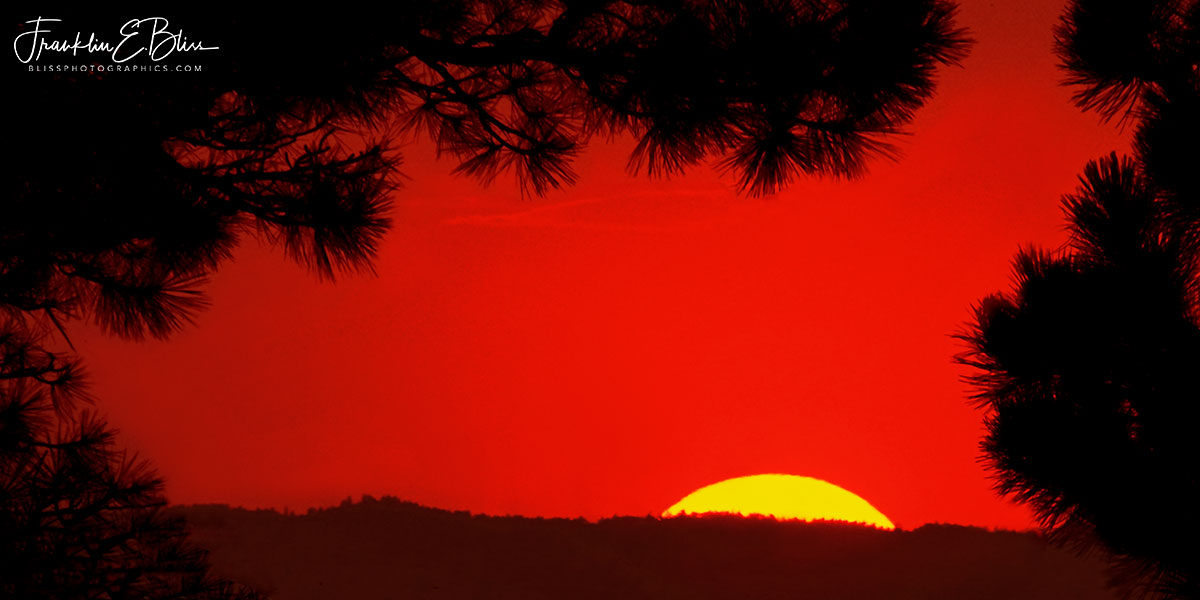 Alpenglow such as this occurs when there is a LOT of ice in the atmosphere mostly during winter. . I’ve also seen smoke do this kind of scene in the summer. Here on the high ridges of the borderlands, I get to look at parallel ridge tops like this 40 miles away to the east.

After passing through a gauntlet of filters in the atmosphere, crimson/orange/yellow are the survivor hues. Absorbed/blocked/refracted away are the shorter wavelengths of color. Can’t trap them in my photon capture boxes (cameras) if they don’t make it to me. Passing that gauntlet to blues/greens and indigos consists not only of hundreds of miles of low angle atmosphere plus all the dust and the dirt suspended within.

The sun isn’t actually occupying the line of site where it appears to be here. Because of atmospheric “lensing”, the sun is actually still completely below your eye to the horizons line of sight. It just looks like it’s up. This accounts for several minutes of differences from rise/set charts versus the observed sunrise with the day always being longer due to lensing. The atmosphere literally bends it’s light around the curvature of the earth thus the “lens” part of atmospheric lens. This courtesy of inversions and thermal-clines. The path this light took was at least 300 miles of low angle air. The higher I go topographically, the longer the light I gets path. The redder the alpenglow.