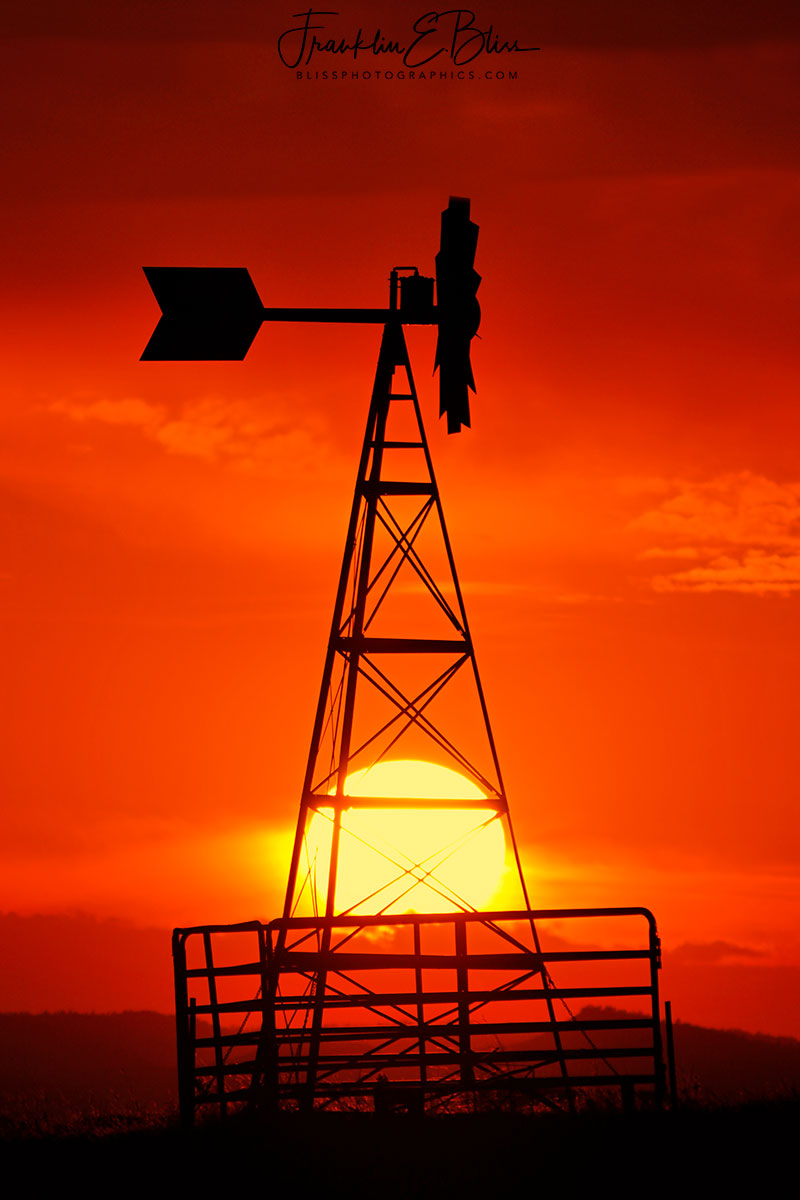 Here “Sneaky Pete” the windmill ( a long running narrative if your new to my world), has actually caged the sun itself. Once the sun found itself captured, it soon had enough, proceeded to sneak out the back and down behind the horizon. You could plainly see “Sneaky’s” confusion as the sun disappeared in the gathering dark. I’m sure he tries this every night but usually no one else is around to see it. Definition of insanity is to expect a different outcome the third time. I’ve wondered about his state of mind before 😜👀

Being a highly coordinated fellow to survive in the high wind environment “Sneaky” was “raised” in. Some “lubrication” may be involved. That being said, he is notorious for photobombing my landscapes, ‘lubricated’ or not…. Appearing in a highly disproportionate number of captures in my portfolio.

It’s not his fault, having an obsession with publicity is a disorder of course. A long time ago we had an agreement that he do his job and I’ll do mine. “Sneaky” apparently thought his job was to photobomb my job which is to take Landscape photos. So I end up taking his photo often as he desires. I think he works out some deals with the Pronghorns and the Deer to pose for me sometimes so I tolerate this regular transgression. Good thing I have a fence around my homestead or ol’ “Sneaky” would be down in my yard too…..

Back to my regularly scheduled programming…..😜