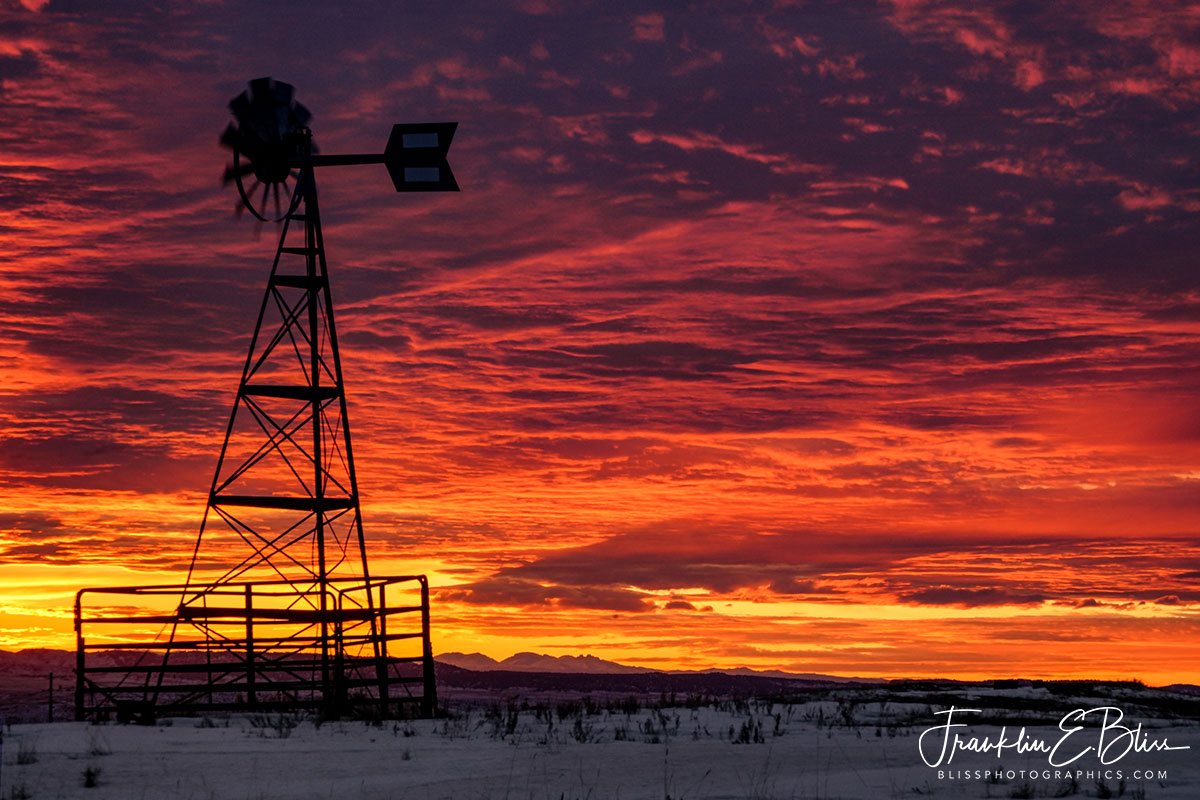 The higher you go in the sky, the longer the light had to travel to get there. Therefore, the atmosphere itself is the filter here for me. I couldn’t boost the saturation if I wanted to in this image. The yellow light down low is mostly due to Atmospheric Ice and the “Alpenglow effect it generates. So the Big Projector Screen In the Sky as certainly fully involved on this night.

The Peaks of the Big Horn Mountains off over to the right of “Sneaky Pete” the Photobombing Windmil are 130 miles distant. Rising 13000 feet above sea level. The Big Horns have two peaks over 13K ft and are certainly two of the highest peaks in Wyoming. Here as viewed from the Montana/Wyoming border lands nearish to Biddle Montana. Just ignore Sneaky, he’s just in it for the publicity. He’s notorious for working his way into my landscapes. His older brother is the same way (Re Pete the windmill) but lives a couple of miles into the backcountry. It’s too muddy at the moment to pursue his cooperation under skies like this. I would damage too much turf to get there.

As I type this (one week before it posts), we have a winter storm incoming. We need a series of 4 inch snows over a month to catch up on the snow debt I perceive ongoing up here in the borderlands.