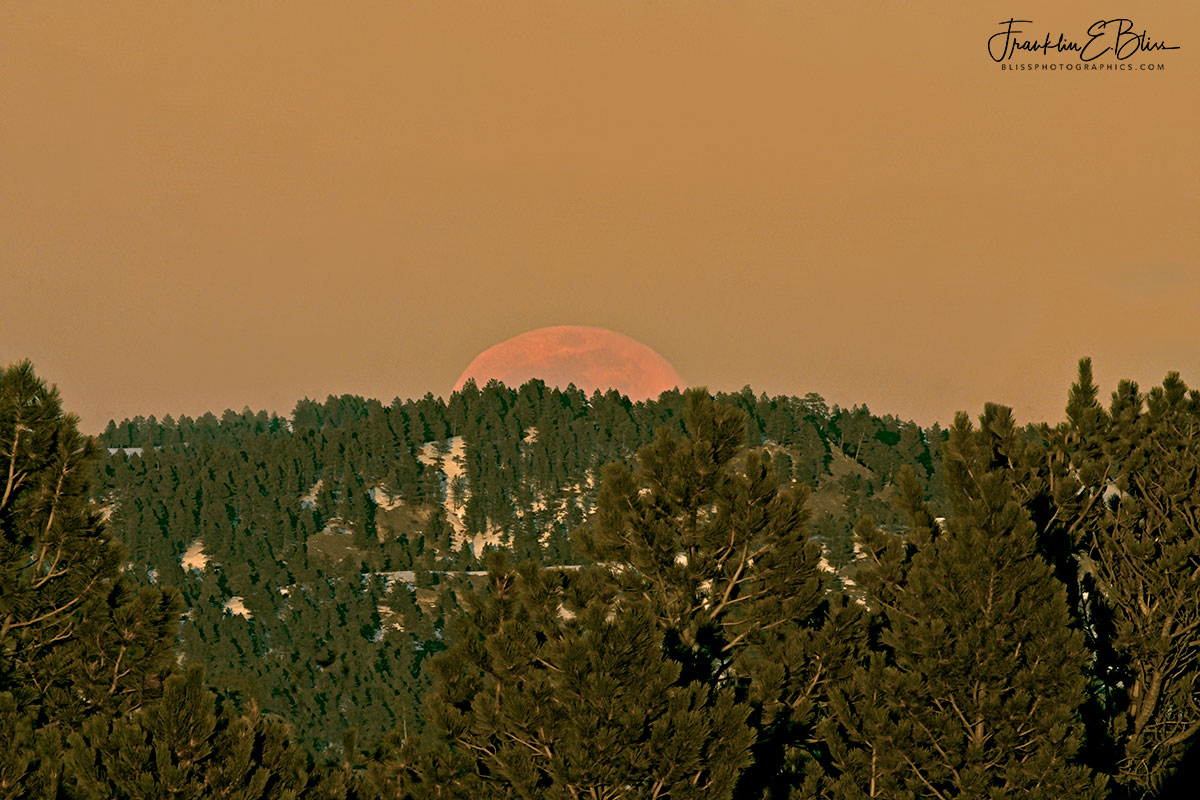 My view from “Ridge 1” looking at the sun rise on “Ridge 4” which is about 10 miles distant. Working on Parallel Ridges gives you landscape ladders automatically.

The world we are living on is spinning like a top in space. Rotating around the earth the moon is albeit relatively slowly to our eyes. The appearance of the moon “rising” is an illusion. The Horizon is actually falling away fast enough that it makes a difference on long range rifle shots.

If you shoot a hypothetical “average” bullet at a 1000 yard target straight to the east, you better aim low…. say about 6 inches . If you aim to the west, you should aim high since the target is rising under your bullet. . You see to the east the target is dropping. Thus I’m saying that the horizon travels about 6 inches during the time a bullet travels 1000 yards. (over 1/2 mile). 6 inches is arbitrary as your bullet will act differently than my hypothetical one.

So the next mind game is to shoot straight north or south. You have to shoot neutrally, neither high nor low. Really long range rifle shooters use this in their calculations. Nothing like having your target rise or fall depending on the direction and distance the bullet travels over time. I’ve been involved in professional shooting for decades, trust me on this. You have to compensate at distances much over about 700 yards a little bit more each yard the bullet has to fly further. Most sportsman don’t shoot that far.