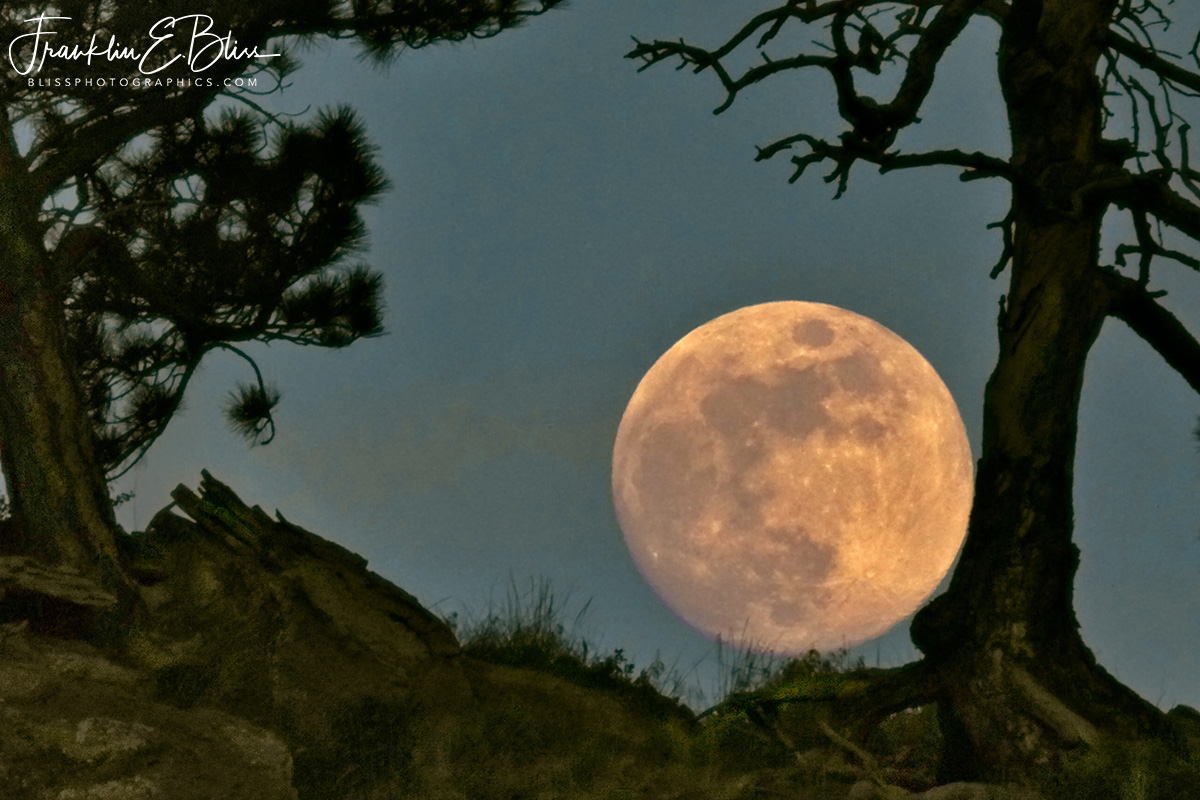 Satire: The forest is full of a million moments of time and space. Different moments and different angles each contribute to what a camera can save for our amusement. It’s a matter of being in the right place at the right time to see the play go on stage.

Here the moon had found a nice place to slowly roll down hill but alas, a young “ent” (ish) tree has stopped it’s progression. The moon seeing it had no other way had to climb up the sky to evade and escape the clutches of the local clan of “Ents”. Thank heavens it didn’t hold up the moon very long as there are so many things that rely on precise timing of the moon and the tides. 😃 Think of the mess up if even one of those trees get’s their way.🤔🤔

Back to my normal programming:

Of course there are other phenomena related to the full moon besides photographers making up satire. Emergency rooms get busy on full moon nights. I worked as a medic for 20 years total and I give some credence to that discussion. I’ve seen some crazy stuff on full moon nights. They say that dogs are 28 percent more likely to be taken on an ER vet visit during the full moon. Birth Rates go up (don’t ask me! I learned what caused that crap early on). More Crimes are committed (FBI stats), Amazingly and last in this short list is that during a full moon is a better time to have surgery. The outcome statistically is better during the full moon. I don’t ask why. I just go with the flow….