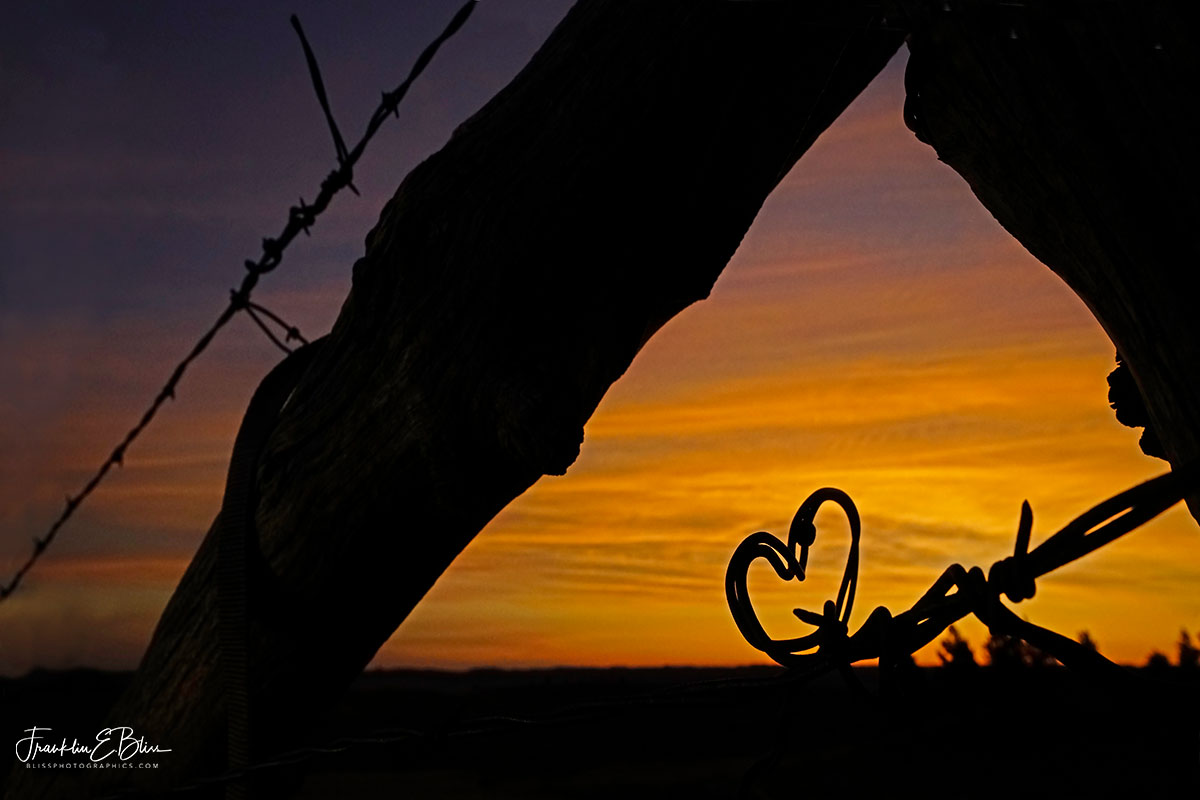 I Love the Backcountry

What are the chances of finding a heart in the barbed wire miles from anywhere?

Perspectives such as this, require a very close/far focus. That is not an easy task in fairly dark environments such as this. Catching a virtually veiled twilight took considerations for the conditions. . The horizon dropping, exposing the sun with time. It’s civil Twilight still.. (Astronomic, Nautical and Civil are the three twilights) I consider this a tough photographic environment certainly.

I do like working perspectives in low light. It’s working several problems at once in the cameras Manual mode. Such activities are an exercise in balance of the three major camera settings you have ANY control of. (white balance excluded). Twilight is by far the best time of the day for photography. Not many are up seeing what is going on most mornings.

I’ve seen few aurora but I’ve seen so many twilight sky shows . Just about every possible situation short of some ultra rare phenomena. I will testify that twilight is the most varied color, capable of the full rainbow of possibilities. Only the bright greens of aurora have I not seen from twilight. Oxygen excited by the sun at 60 -120 miles high is that green at 557 nanometer wavelength. There is little of that hue in any twilight that I have ever seen😜

Twilight gives me a huge variety of scenes, the play of low angle light, leads one to take the work if you can get it lolol. This was not a cooperative sky as that sun slit closed up thusly closing down the sky show that morning. Sometimes I drive for backcountry miles only to get a few minutes of good light. Such are the dues you pay if you play the game of photon collecting.

Title: I Love the Backcountry