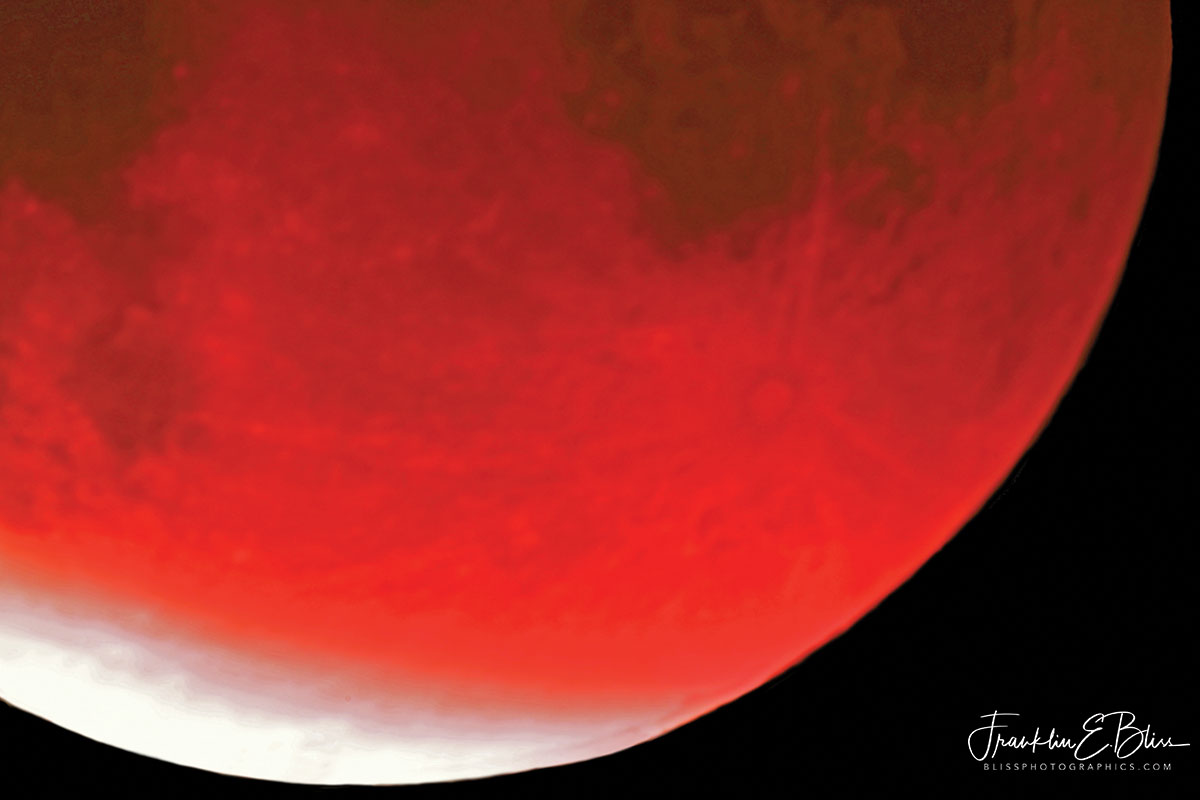 Super Blue Blood Moon taken Feb 1, 2018,. This is was the first of it’s breed seen in the United State since 1866. . The white part is the actual fully illuminated moon. The red, the earths shadow (pre-umbra and umbra) make up the bloody red disk. 3200mm astro glass.

A blue moon of course, happens when there are two full moons in a single month. Technically this Blue Moon is a fudge (again) by NASA since the actual full moon happened in the morning of Feb 1st not on Jan 31st by less than 2 hours in some places. I love it when NASA fudges. 🤔

Blue moons are not quite as rare as the old saying implies. On average they occur once every 2.7 years. The lunar 29.53 lunar month migrates across the 30 or 21 day calendar month. February has never had a blue moon….. There were two blue moons in 2018 due to the discrepancy in timing adding up over the years. There were no full moons at all in February 2018 for instance. There is some calendar magic ongoing as these lunar shows migrate around.

This moon was a super moon being at it’s closest point to the earth in it’s orbit at slightly under a 225 thousand miles. This compared to the average of 238 thousand. What difference could 13000 miles make….14 percent apparent size difference. It’s hard to see with your eyes but I see it comparing things like windmill sails to the lunar disk size from the same spot in the road at the same focal length. I have these fixed objects to compare the moon’s size with lol.

Location: Over Bliss DInosaur Ranch, Wyoming/Montana borderlands. It was durn cold for this one lolol.