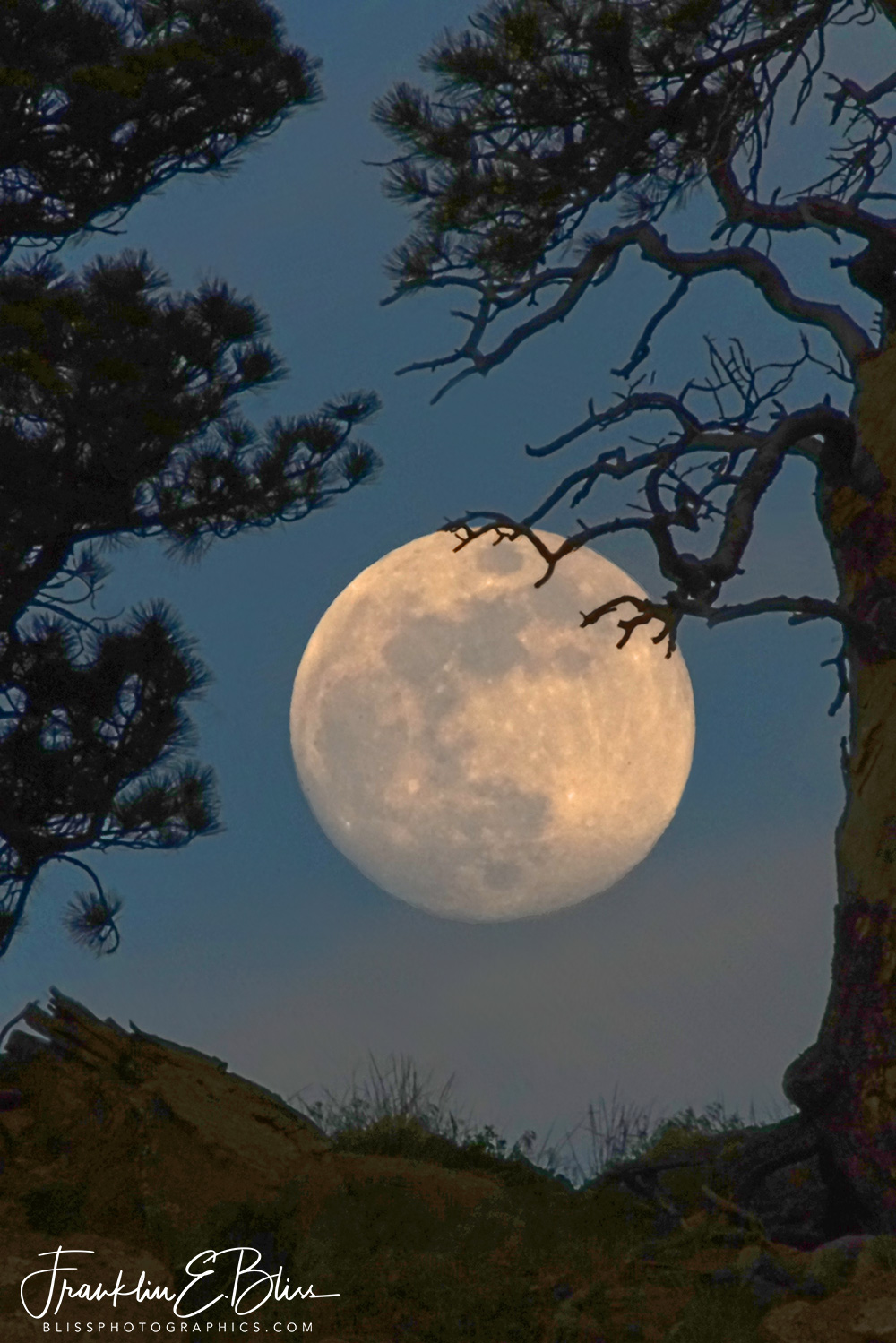 Satire: In Tolkien’s masterwork, the Living Trees are known as “Ents”. They walk and talk and generally care for the trees in the forest as their shepherds. Here the “Ents” Catch and Release Policy is demonstrated by a young cousin of “Treebeard” . (Classical Reference)

Halloween brings out Ents, many of which roam the Wyoming/Montana borderlands). While he was reaching up practicing the newly negotiated “Catch and Release” program. The Moon indeed did get away from the touchy feely young “Ent”. “Sneaky Pete” the windmill was responsible for the negotiations I understand but that is just local gossip and I wouldn’t be one to spread a rumor 🎃 .

Just think, if that “Ent” didn’t let the moon go, how many things would become haywire….. The oceans would become sloshy and off it’s time base for tides. It would be a BIG disruption of lunar charts etc….. “Sneaky Pete” the windmill apparently prevented all that. We own him much but we will see how long the Ents “hold” to this policy😂

There was just enough light left over from the setting sun to drag some detail out of the rocks grass and trees in the foreground. This actually takes some light to do. Because the moon is so bright, cameras have trouble looking into the darkenss around them. Silhouettes are easy. Getting details in this kind of light is an entirely difficult thing to do unless the sun is actually up. It wasnt here and this is using twilight light to capture the shadow details. Under the category of photographic challenges. Also I’d love to see a cellphone image of something like this. I’m thinking they shouldn’t operate in this kind of environment but I love being proven wrong. They make some amazing cameras on the little lenses these days. .