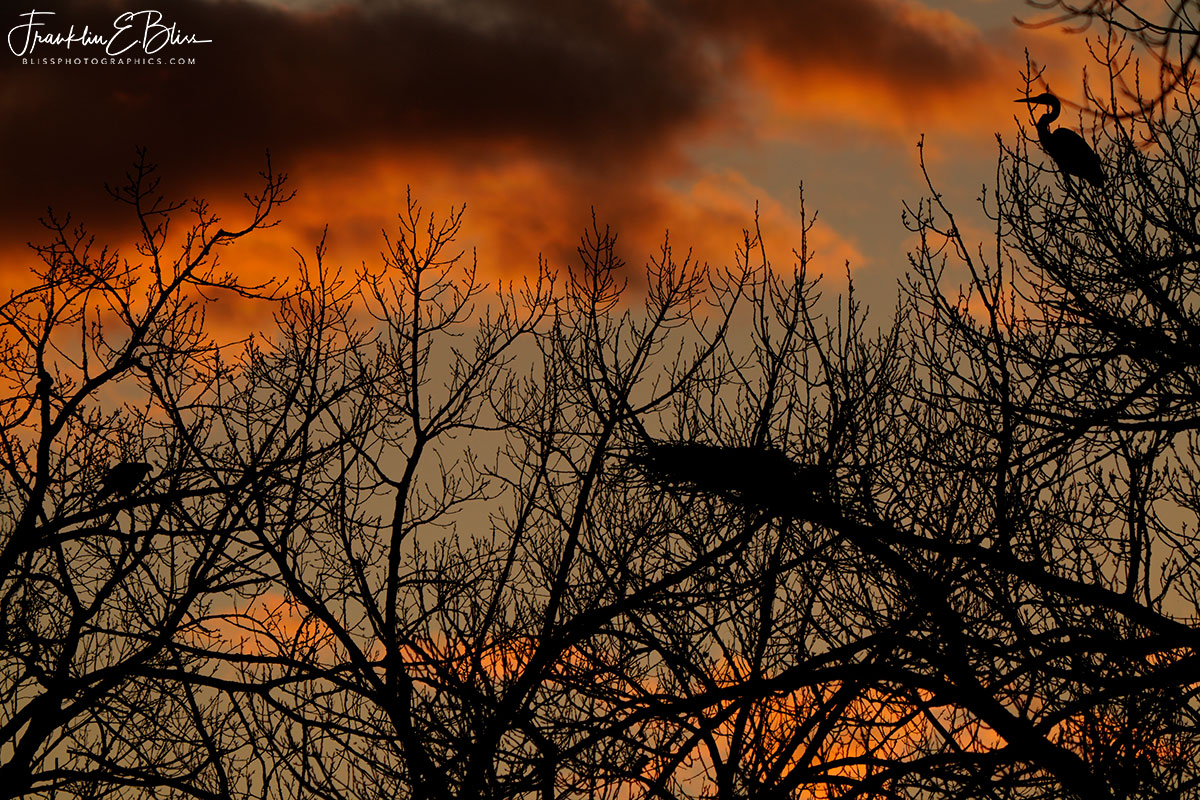 Who Owns the Nest

There are two bird silhouettes in this image. I watched this little melodrama unfold through my camera lens from about 100 yards out. The Raptor on the left.. (I’m thinking a Red Tailed Hawk. Interested in staying overnight there it was. It’s a big comfy Heron nest . 50 feet up the fully mature Cottonwoods with a wonderful sunset going on below this frame off on the horizon. This was happening real time though. Here’s how it went.

The Raptor had spied this nest. He obviously had designs on the roomy spread. I don’t know how long Great Blue Herons have nested in this spot. So things got really sporty between these two with the Raptor heading out for the clouds beyond. I’m pretty sure that nest has been there a LONG time. Wood really decays slowly out here. I would not be surprised if it were 30 years old. It has been there since I moved onto this ranch in 2000. There have been birds nesting in it every year I’ve been here along with the other 5 nests. They have the best position on the tree line.. I’ve seen hawks nest down this line of trees. Smaller Raptor nests are pretty hard to find camo’d in the trees.

I would indicate that that Herons beak could pierce the raptor to the heart. If I were a hake, I would not want to fight a Great Blue Heron. Roughly 5 pounds at 5 feet tall and very capable of eating about anything silly enough to stay in front of it. These guys are basically dinosaurs in the mind of this Paleontologist. They just lack a tail and teeth. Everything else is pretty much there. All the Dinosaurs didn’t die off at the end of the Cretaceous. Some of them, the Avian Dinosaurs lived on. Flying around us today they are. 🤔👀⚒📸

Title: Who Owns the Nest