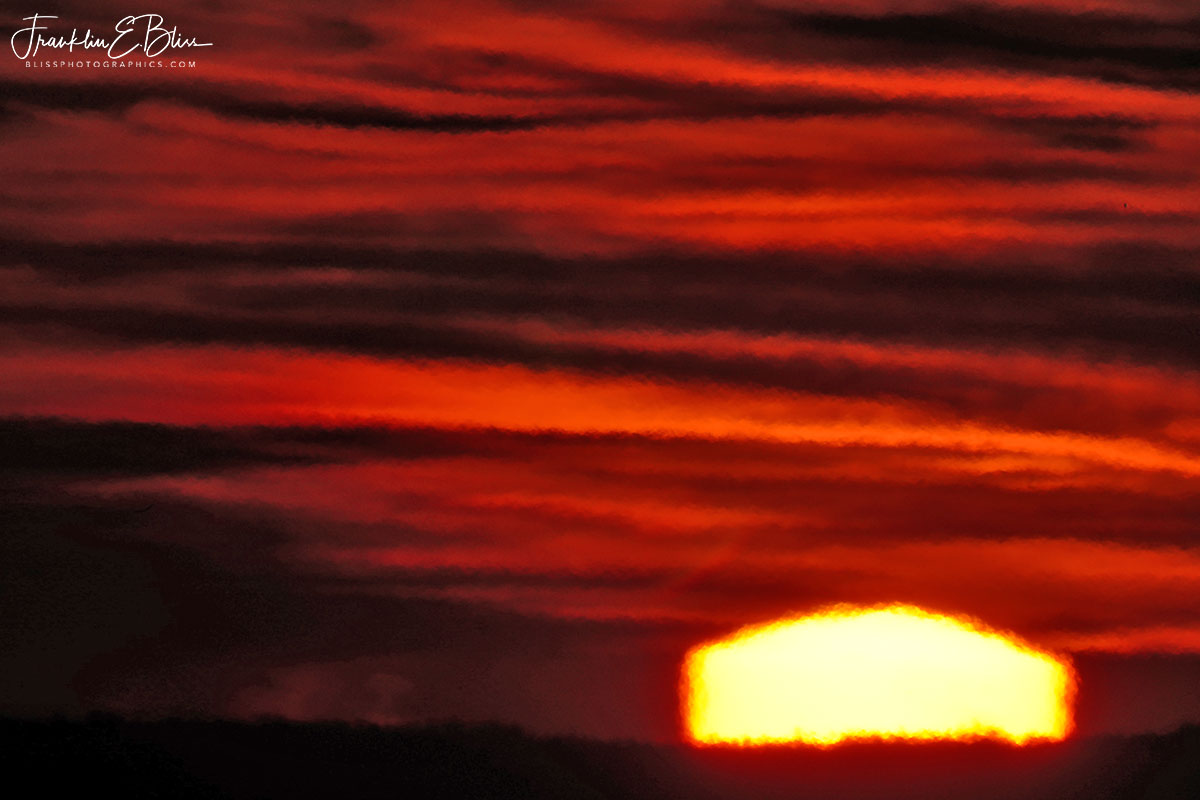 Looks like the aftermath of Captain Kirk having used his phaser weapon on my Morton Building. …. Actually a rising sun through HIGHLY Turbulant clouded air mass that got creative with the actual round shape. Since the sun is still below actual line of sight, the light being bent around the planet by the “atmospheric lens”. Red and Yellow light the only to arrive at my photon traps.

Certain Atmospheric Conditions create very unusual distortions of the sun. I watch somewhere around 500 sunrises/sunsets a year up here in my work. Give or take according to weather window whims. Now I’m counting a sunrise and 1 and a sunset as another one here. I work the light when ever it appears to need working lolol.

The number of distortions I see this severe is a few every other year or so. I don’t think I’ve ever seen a building shape. If you look really hard…I imagine an RV moving away right in the yellow shape but that is pushing it lololol. The sculpted edges were moving real time though the lens live.

The atmosphere was absolutely “ROILLING” boiling, distorting, mirage (ish). Looking at an area of sky smaller than your thumb on an outstretched arm, this 1200 mm magnification image is a very small portion of the sky. The sun, on the other hand, subtends an angle of approximately 0.52° (31 arc-minutes) to an observer on the Earth. It’s amazing and a striking coincidence. By sheer chance, it is almost the same as the angle subtended by the moon. I digress, this image is 1.5 degrees wide. It’s a pretty small slice of a 360 degree pie that morning 😀👀📸📸