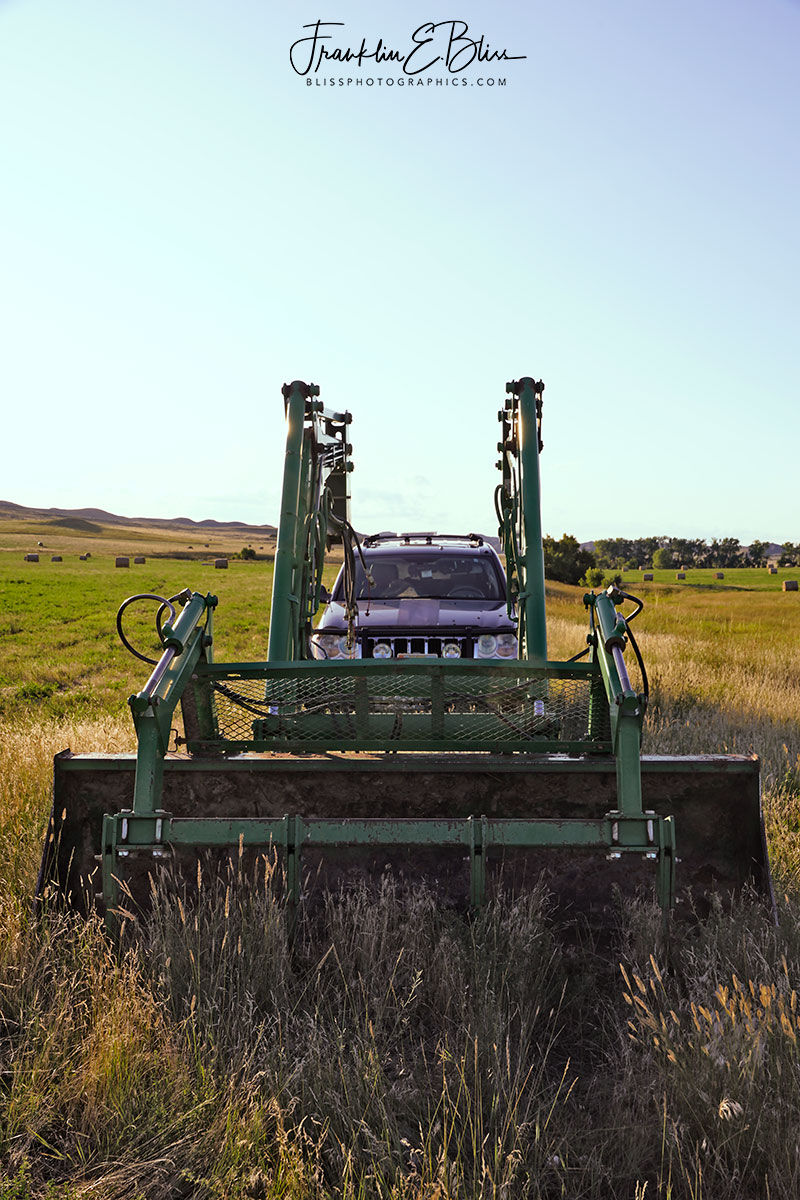 Satire mixed with some truth:

I JUST traded into the Ford Dealer, this Jeep Grand Cherokee that served me for 15 years. It served me well. I’m confident it will serve the next owner as well. It would always do anything I asked it to plus basically going anywhere an ATV would. Amazing vehicles if you don’t have a bad neck because they will bounce you around.

I’m thinking that here the old guy was feeling his oats (or perhaps he was just parked in some). The years it has traveled these backcountry roads and two track trails have bonded us in many ways. I hate to see it go. My imagination unfettered attributes many human characteristics to the creatures and machinations that surround me. My old friend, this Jeep, has had his share of human imperfections.

Here he was no doubt thinking that he too, could move one ton hay bales around with this grapple bucket. For a Jeep this vehicle was always ambitious. Kind of like a little Jack Russell Terrier that doesn’t know he’s small . I’m thinking the old guy had too big a plan but what do I know. You don’t want to get bit by a Jack Russel Terrier lololol. That bucket probably weight more than the jeep does let alone putting a bale on the end of it.

The trade is final, I have no control over the vehicle now. Probably never had. It will end up where ever but only when it decides to pick a new owner 🤔 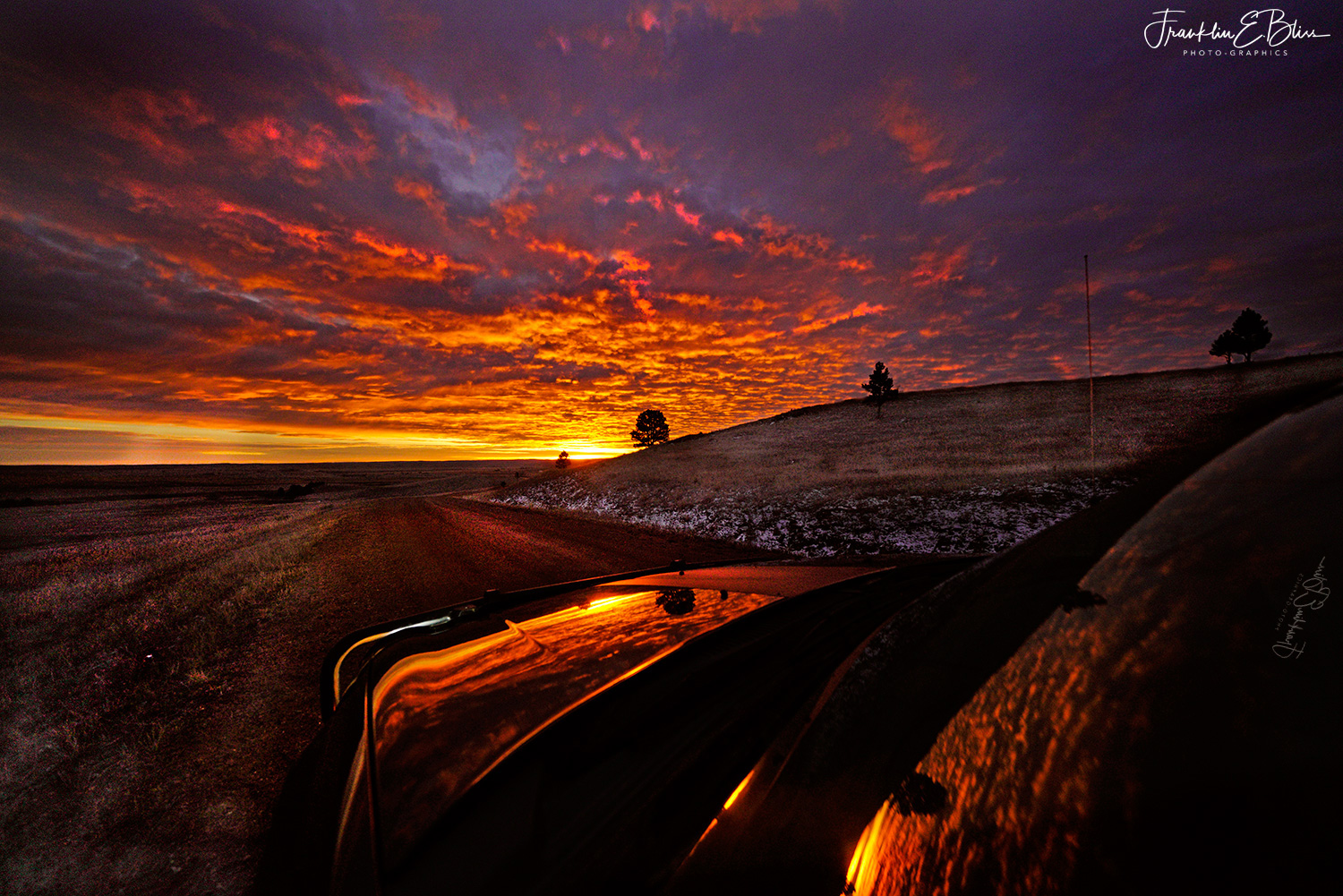 THe morning I took “Reflections Off an Old Friend”, I didn’t know at the time I was going to trade it My Grand Cherokee off off this year. (Sad as I like that car but onward)…

This image represents one of the best mornings I’ve seen up on that high point in the many times I’ve been there.