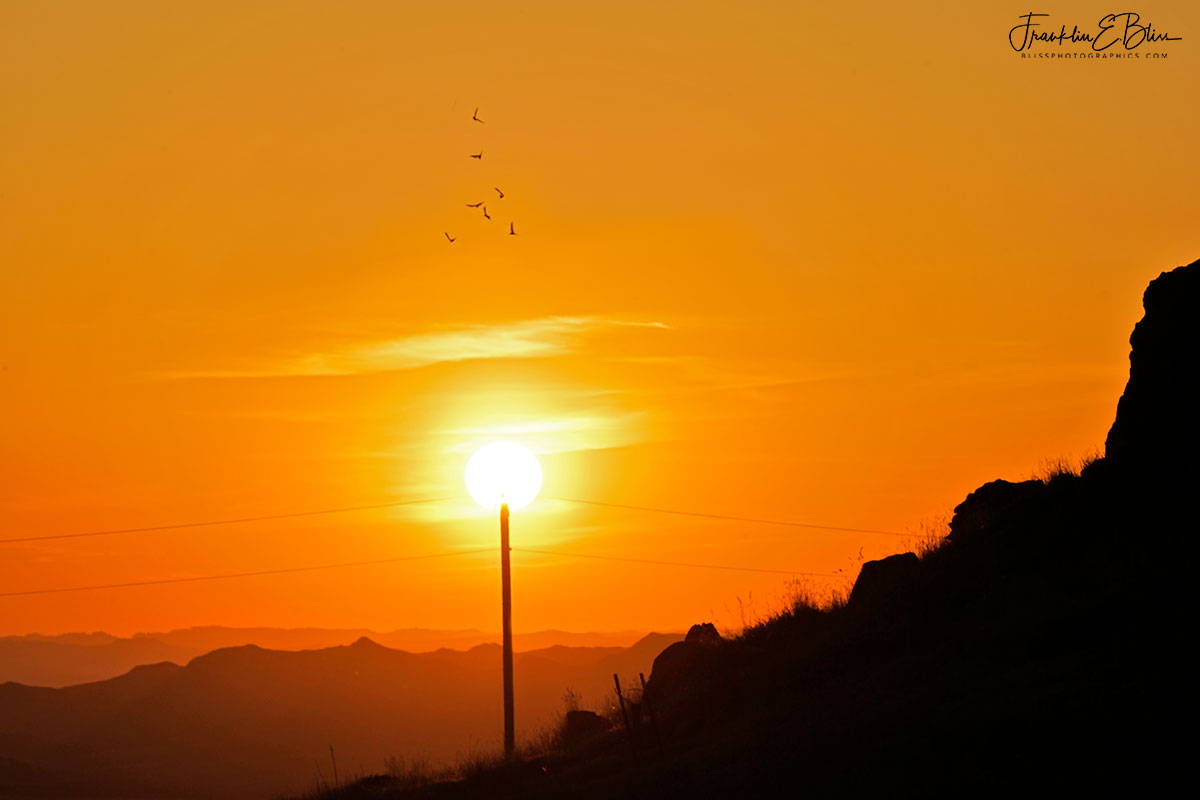 The Swallows were hunting mosquitos that gathered over this backcountry lamp post. I think the photocell is defective as it only seem to work during the day. I’m mean there’s electric to the pole and all that. Most of these remote lamp posts have the same problem. I need to talk to the management around here. No wonder we have such dark skies here in the borderlands. None of the lamp posts work after dark… 😜🤘📸

In the summer, hatches of various insects take to the skies which provide good hunting on the fly. They guys are very talented catching moving bugs while they are too moving quite fast. I believe them to be absolute masters of their environment up in the air. The precision to catch a gnat at 30 mph or so is… well precise.

The landscape ladder here and actually catching this lamp post on (proving without a doubt they do work now and then) was my goal. I had set up to catch the post then the swallows decided to photobomb the image. I just had to wait until they were directly over head for the composition. Done deal lolol. Click.

The Alpenglow for a summer night was tremendous. There was a lot of suspended moisture in the air over the ridges in the distance. It was in the 70’s here but he upper atmosphere was full of ice on that night.