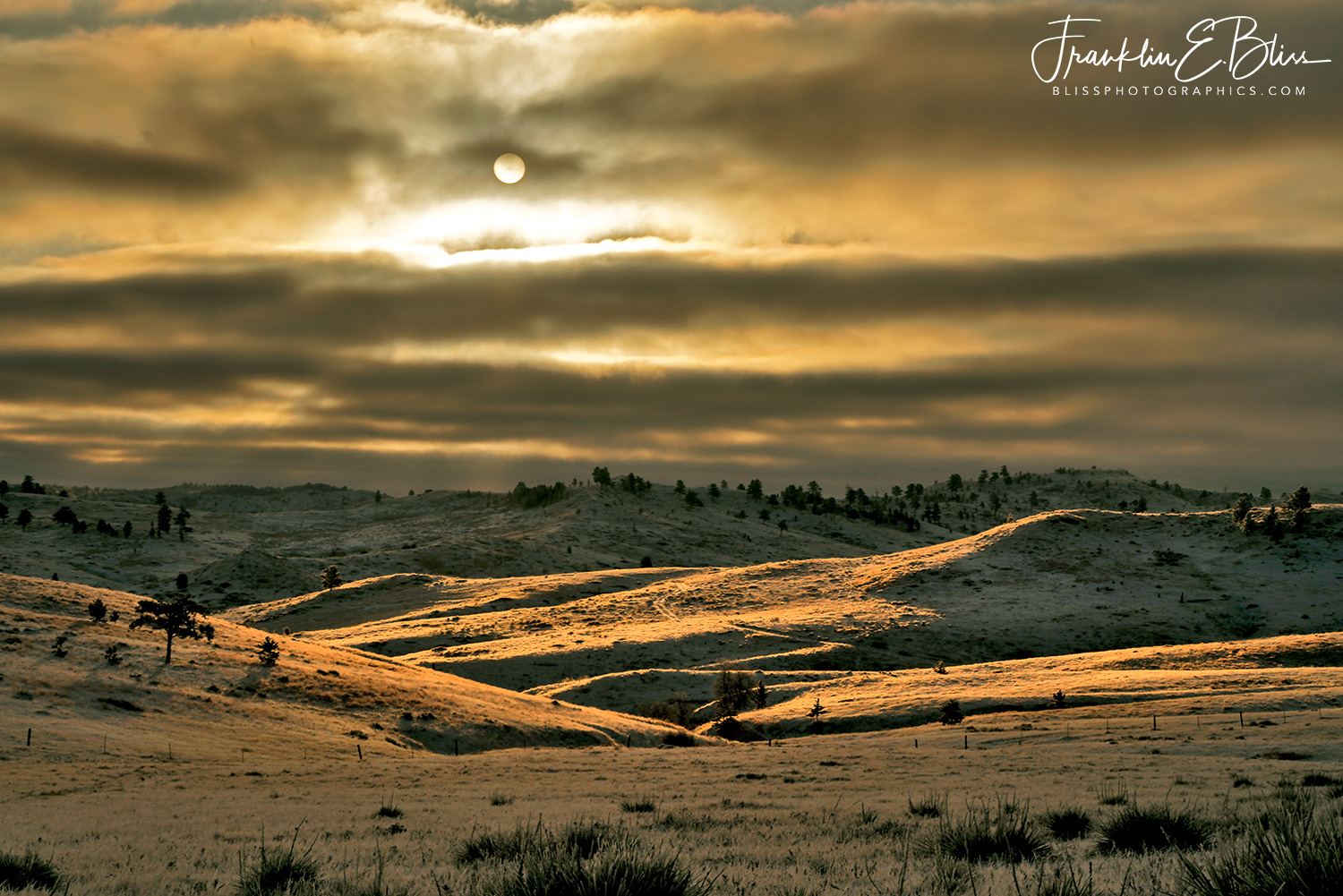 Spotlighting in the Borderland Backcountry can be a very contrasty thing after a storm. This vista surprised me coming up over the ridge behind the camera. I instantly stopped of course and started composing the final frame. What dramatic contrast…. I honestly don’t see this very much this pronounced. That was a very interesting (if not cold at -2F) morning up on that ridge. It always is after a storm and the cold. That is BIG country back there.

I call this phenomena spotlighting for obvious reasons. There is about 4-6 inches of standing snow up on the ridges and I’m still driving about in my Jeep Grand Cherokee. I have a new vehicle incoming if Ford will put it in production lololol. (We have a vin now 🙂 ) Winter is coming though and I’m going to have to get plowing some snow to get up in this country. This particular spot is about a mile up a long hill to get to. Roughtly the same distance to the far ridge in the shadows with trees on it. The far right side of that ridge (ridge 4) is a full 2 tiles out. Distances are deceiving out here. The closest ranch house in that direction is about 10 miles of hills and gullies that have to be driven around. That would mean about 20 miles of driving lololol.

All of this ground in this image is underlain by the Cretaceous Hell Creek/Lance Dinosaur Fossil Bearing Sandstone. This is prime country to find dinosaurs. I found a partial Triceratops just left of the frame around the corner or a hill so I have some basis for saying this lol.

Spotlighting in the Borderland Backcountry