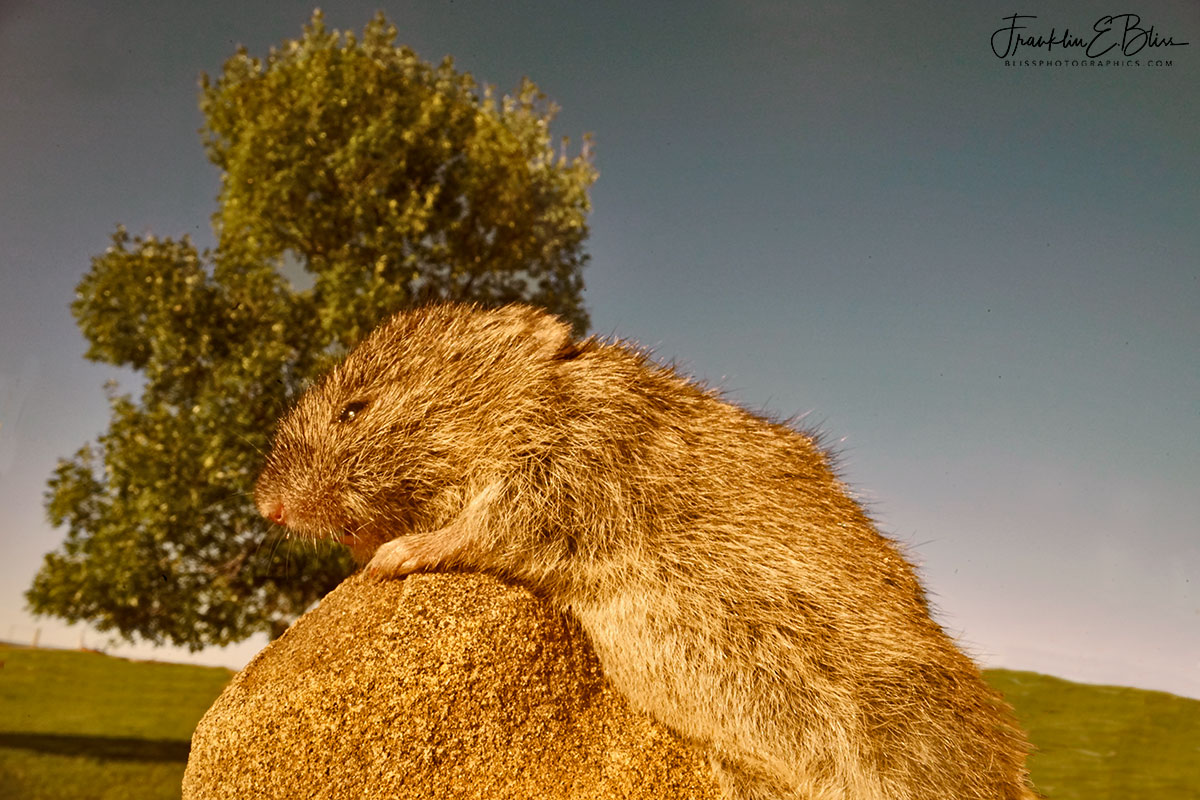 Rodent on a Rock

This Northern (not the Wyoming Pocket) ) Pocket Gopher was on the Montana / Wyoming border. The Northern is considered a Sub-species of the Wyoming Gopher though… Underground mostly, this one was active as I randomly wandered by his ground in the backcountry. I spied the movement. Any hawk worth it’s name would enjoy this though I suspect he blends in pretty well on that sane of the same exact color lolol. I suspect the rock was warm too from the sun that bright early morning. It may well have been warming itself.

His burrow was next to this chunk of Hell Creek Sandstone. I saw him several times getting up on this rock to take a look around. I’m thinking it was pretty bright for him. It took a bit to get into position for this one. He didn’t like me at first but after about 15 minutes he was back at it again. This was not an easy one to compose lolol. He was king of the hill as far as he was concerned. Understanding your position in the world is an important perspective to gain lololol. 😜📸

Of course this is posted a bit out of season. I’m pretty sure this guy is sleeping here in mid-winter as I post this. He’s in a burrow under the backcountry snow at the moment. Filled his burrow with seeds and other stores. You have to admire an advance planner that stores food for the lean future. IT’s a good survival strategy.

Title: Rodent on a Rock