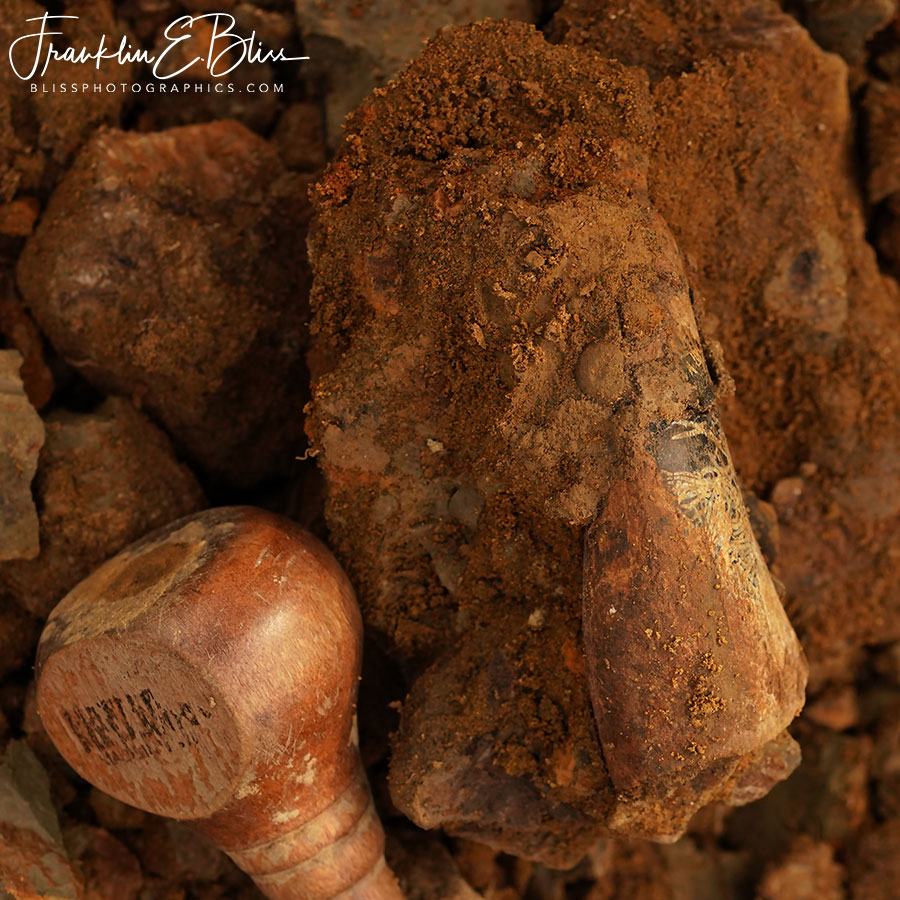 T-rex Tooth in the Rough

Yup, a Tyrannosaurus tooth sitting in the matrix. Wrapping it up for the trip back to the ranch headquarters is the next order of business. There it will be cleaned at my leisure when I get a pile of such things to clean so it’s worth setting up the micro-air-abrasive fossil cleaning cabinet. The black enamel of the tooth is etch by tiny rootlets that covered the surface. The chemical reactions at the rootlets deeply marked the enamel of the tooth.

Teeth were “plentiful with many per dinosaur. They often broke off, the new ones erupting from below. Shed teeth were called spitters.They were literally spit out or lost eating. Some teeth passed through the digestive system. Quaintly named (sh**ers) by collectors. I’ve been told by older and more experienced paleontologists the way you tell the difference is their taste…… 😜

Here pictured next to the 6 inch wood awl that I used to dig it out of the Hell Creek/Lance Formation quarry wall. I have a 50 foot long by 4 feet thick in the center, river channel filled with mixed debris. This debris was dropped by the river for a reason. The current velocity dropped enough to leave what it carried here, behind. The bigger/heavier things came out first so we find a lot of big bones. The little things concentrated somewhere else with a lower current velocity.

Title: T-rex Tooth in the Rough