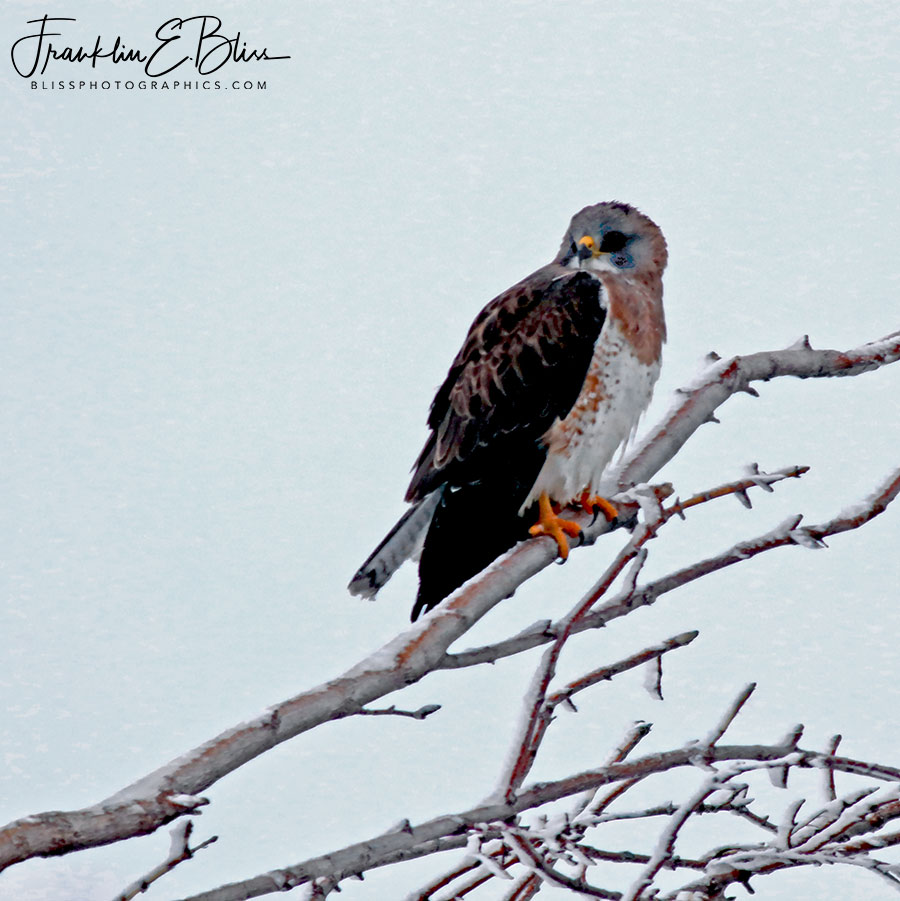 I have not photographed many American Kestrels in my travels. They are not very large at only a foot tall. Somewhere between a robin and a crow in size. They are the most common falcon in North America as well as the smallest . They are aerial acrobats though with the ability to hoover with their head motionless. None the less they are so small buffeting in the high winds here on the high ridges is visible. The vertical slashes on the face are shared by the sexes but the blue/slate wings and brown “cap” head markings are distinguishing in the males. (Update: This has been identified by a much better raptor ID’er than I as a Swainson’s Hawk. )

Kestrel eat a broad range of grasshopper sized bugs up to mice, bats, songbirds and even smaller snakes or frogs. Opportunistic hunters they are. I have seen them hunt before but are elusive to photograph being quite small. I was very fortunate to come up over a ridge top to find this guy sitting on a snowy branch. He spent about a minute and a half after we surprised each other observing me. I immediately stopped on seeing him. It was windy so he might not have heard me as he was up wind. It only took me a few seconds to bring this long lens to the task. I clicked a few images carefully checking focus each time and off he flew with speed. Apparently not happy with the surprise and this big Black vehicle. That’s 1….