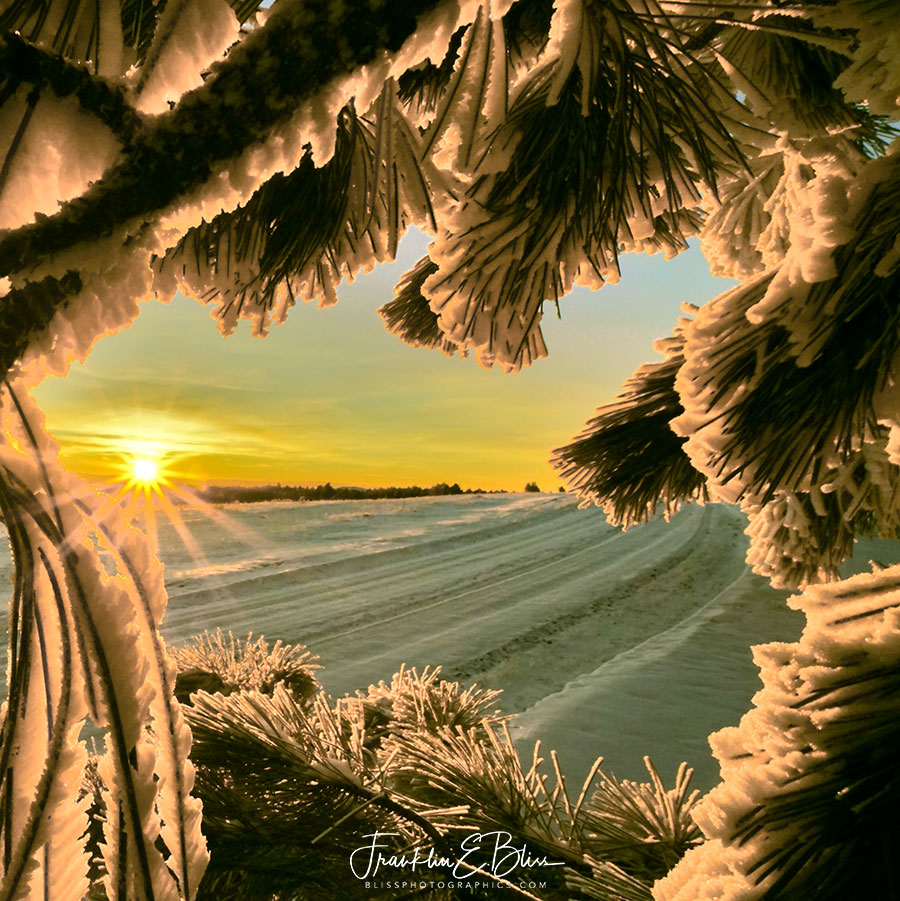 Frosty Frame Backcountry Road is a capture initiated by the -2 degree morning, the icy air and the lighting. The later of which was JUST coming over the ridge but about 6 minutes after sunrise.

This Close Far perspective is a favorite way to deal with first light of morning. Fortunately this ridge had a 1/4 inch of Hoar Frost covering all the vegetation. I call these “Pine Noodles” as it just seems to fit.

The earliest light as the sun is just rising has a decidedly yellow color cast. Usually this is most obvious on the White projector screen that this snow is. Alpenglow in the main show is bright yellow light and depending on the timeline, changes from pink to yellow shortly after sunrise. . This color cast is not that un common on local vegetation and is usually only perceptible on the atmospheric ice.