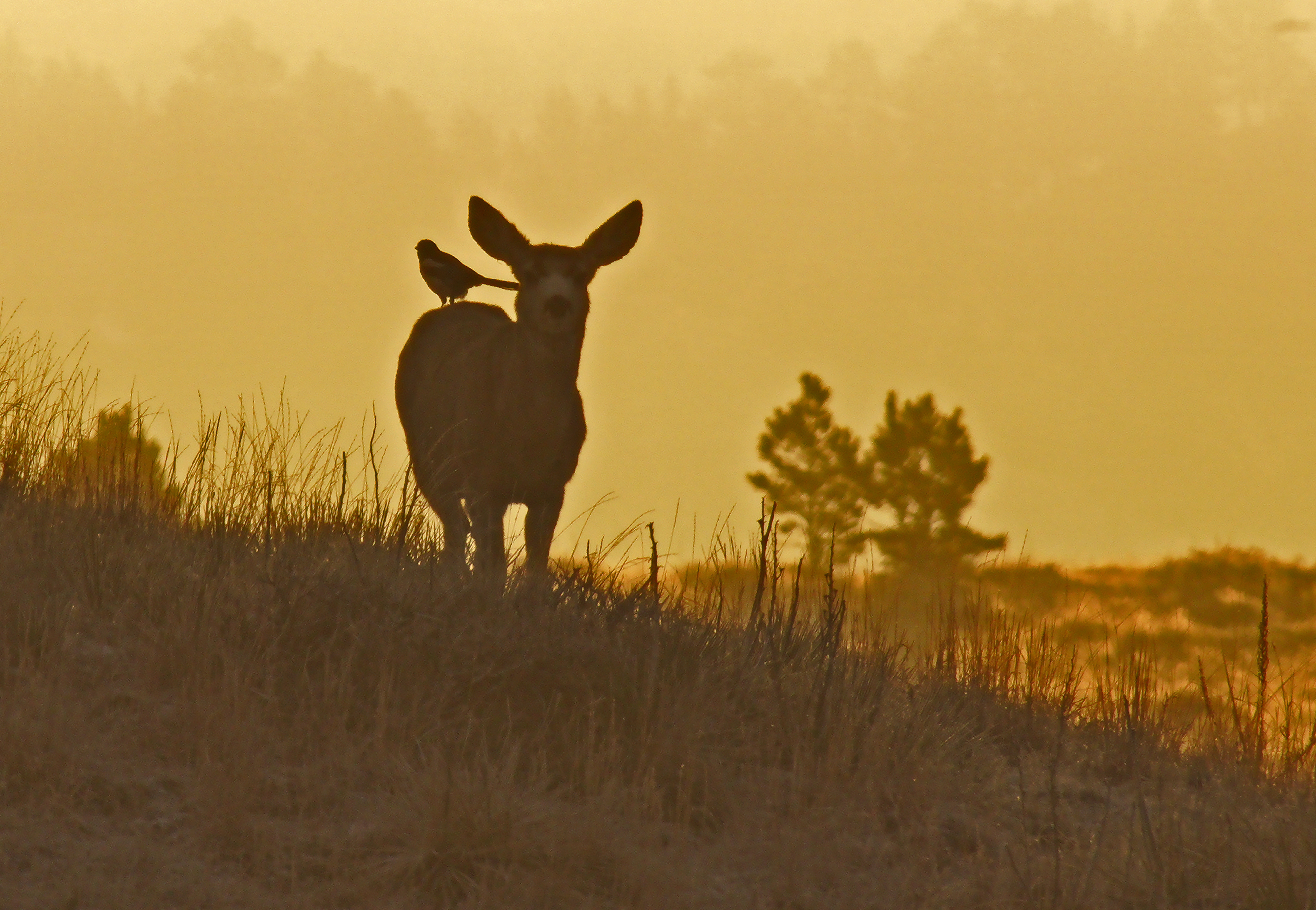 The Bird Is a Magpie, a fairly common bird here in the borderlands of Montana and Wyoming. We live on the high ridges with a mix of wildlife, deer, pronghorn, some lions and coyotes with the occasional wolf and bear. I seldom see such a big bird interact with deer but have seen this before.

The lighting was bright from behind and there was a lot of fog/moisture in the air. All the brightness was amplified by the Projector Screen the fog became. The Golden Alpenglow and mist behind him made it necessary to silhouette him. The camera couldn’t do any better. There is no way to accurately bring out the detail in the deer or birds body. So I left them as the camera saw them.

A symbiotic relationship between magpies and deer doesn’t seem logical but here they are. Somehow the deer, jumpy as heck, knows to allow these raucous birds to land and pick away. I’m pretty sure the ticks are torn away and not gently pried out like they should be. It has to be taught from parent to fawn somehow. I had never witnessed this before this timeline and I have several more similar captures, one with a deer and several birds on her. Crazy stuff you see only once or twice in a lifetime.

Magpies are cool birds. Lewis and Clark reported that they came into their tents to steel food. They used to follow hunters to clean up the “leavings” from hunts. They are mostly a western bird with our place being centered in their distribution.