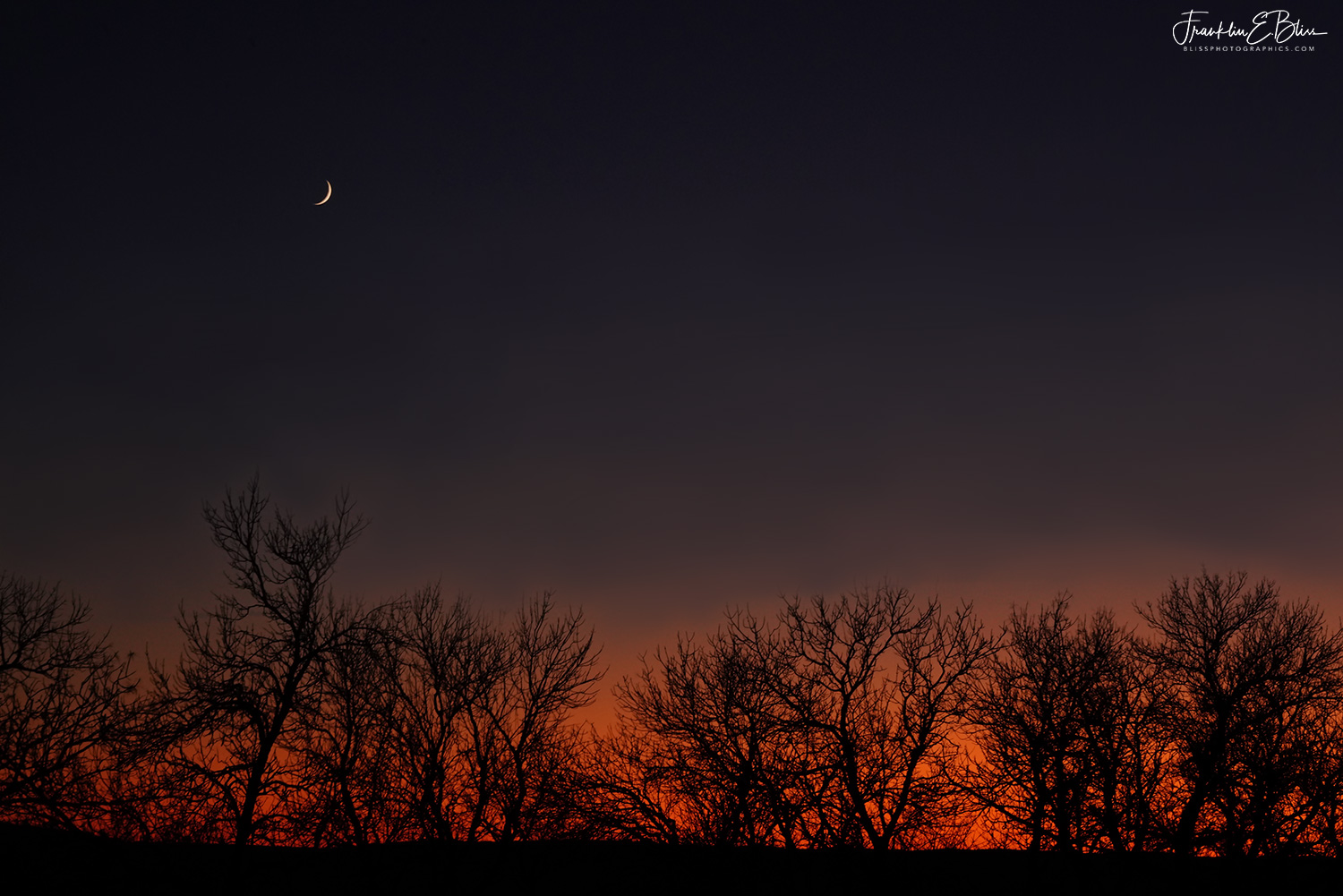 Alpenglow with the Crescent Moon in

Very clear Skies, Alpenglow below with a Crescent Moon in Twilight. This Crescent a few days ago was a 5 percent illuminated disc. It will be a new moon tonight if we see it. Winter weather is occurring as I type this and next week look cold…. (Your reading this about 6 days after I typed it). This image was actually taken in my driveway which ended up just about the last image I took that day. I locked the front gate behind me as I go into our homesteads electric fence deer resistant perimeter for the night. I have to close the gate though as they will go across the cattle gates without a gate in the way. Title: Crescent Moon in Twilight

That night there was so much ice in the air , it produced one of the finest Alpenglow displays I’ve seen in quite a while. This was way to the left of the main show to the west. The camera her was almost straight south by south west. The real show was in the west but the moon wasn’t so..🌙lick…

This was later in Civil Twilight just before the boundary time 28 minutes (ish) after sunset to Nautical Twilight. 28 (ish) minutes later than that Astronomic Twilight starts (so do you know the difference?) It’s a good google if you don’t. Night starts the second the sun goes down and ends with the tip of the sunrise in the morning. Remember it’s not the sun that moves, it’s the horizon that is rising or falling across the face of the sun that your watching. Things are as they actually are, not the way you think they are or the way you have told they are 🤔🙏