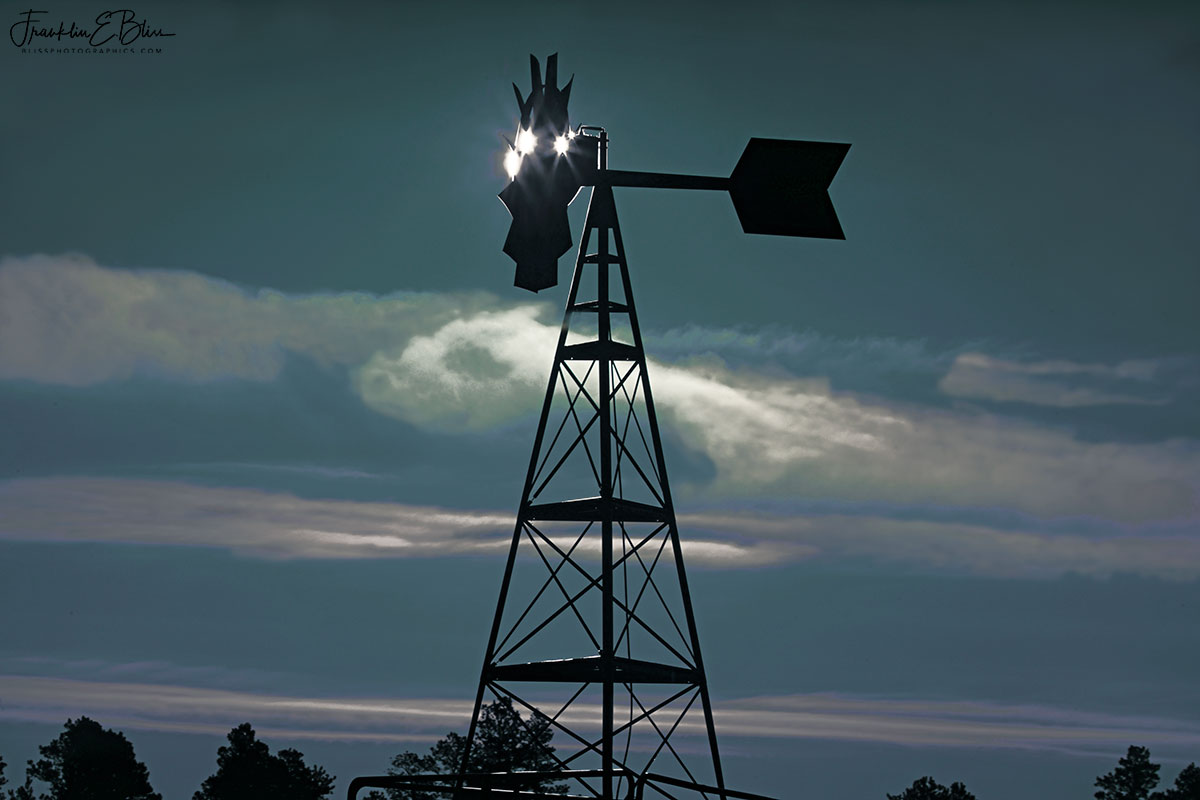 All you junkies out there might be having a little withdrawal. So don’t overdose on those windmills. …

I thought I’d throw this in as a post. Here “Sneaky Pete” the windmill has jumped over the setting sun with ian unsual blue sky. Sneaky is intent to keep it under his control. Little does he know that the wise old sun will just sneak out the back door as he’s done before again and again lolol.

This image is just a snippit of the continuing adventures of the “Pete” Brothers for you their loyal followers. (You know who you are😜 ) Don’t let your mother know you look at things like this… Just saying 😜😀

I hope I’m not the only one to see the dragon coming out of an American flag in the clouds highlighted by the overly bright scene. I never know what colors I’m going to get pointing a camera into the bright. Anything I can do the filter out the light is a good thing. I don’t use filters on my lens as they have a bad habit of ghosting images on my captures. So I use natural and man-made objects to filter some of that light out of the balance.

Personally the highlights on the metal of the tower makes the image for me. However, it has other hero’s in there if you blow this up full screen. All my images are built on the full screen to be seen on same.