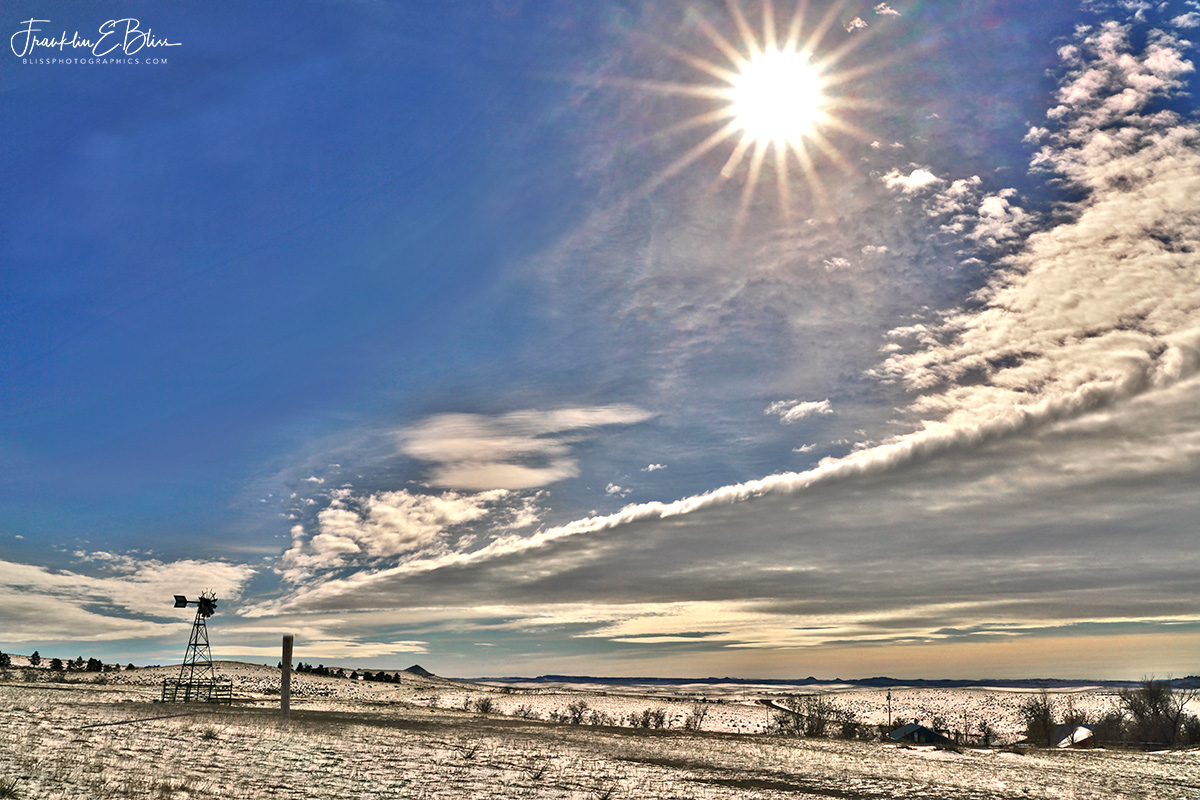 What I like about a Windmill Blowing Clouds Away is that it is a dual illusion image. I can also clearly imagine an “Imperial Battle Cruiser in the cloud shape. Anybody that has actually not seen Star Wars Imperial battle cruiser…. you should stay under your rock lolol. OK, I understand that there are a few people that don’t like Star Wars but I have a history with Harrison Ford.

Back in 1999, I owned a little internet ISP in Jackson Hole named Blissnet and Harrison had an email address there. I also owned the macintosh repair operation in Jackson and was on call for macintosh work. I was called into his place by one of his people. Met Harrison and worked with him on several projects. I have many stories that I could share but I will share this one.

Harrison had bought a Mac Power book and a program that he could speak into and the software would type what he says. It was a fairly complicated install with external mics and headsets. The program required the user to read just one of several options of first chapters of various books. He chose the first chapter of Moby Dick.

So Harrison Ford is sitting immediately right of me reading into his computer the first chapter of Melville’s masterpiece. I had goose bumps the size of the Tetons.😝. He was brilliant and actually performed the verse as he went. Not standing up but it was by far the best read of ANYTHING I have ever heard.