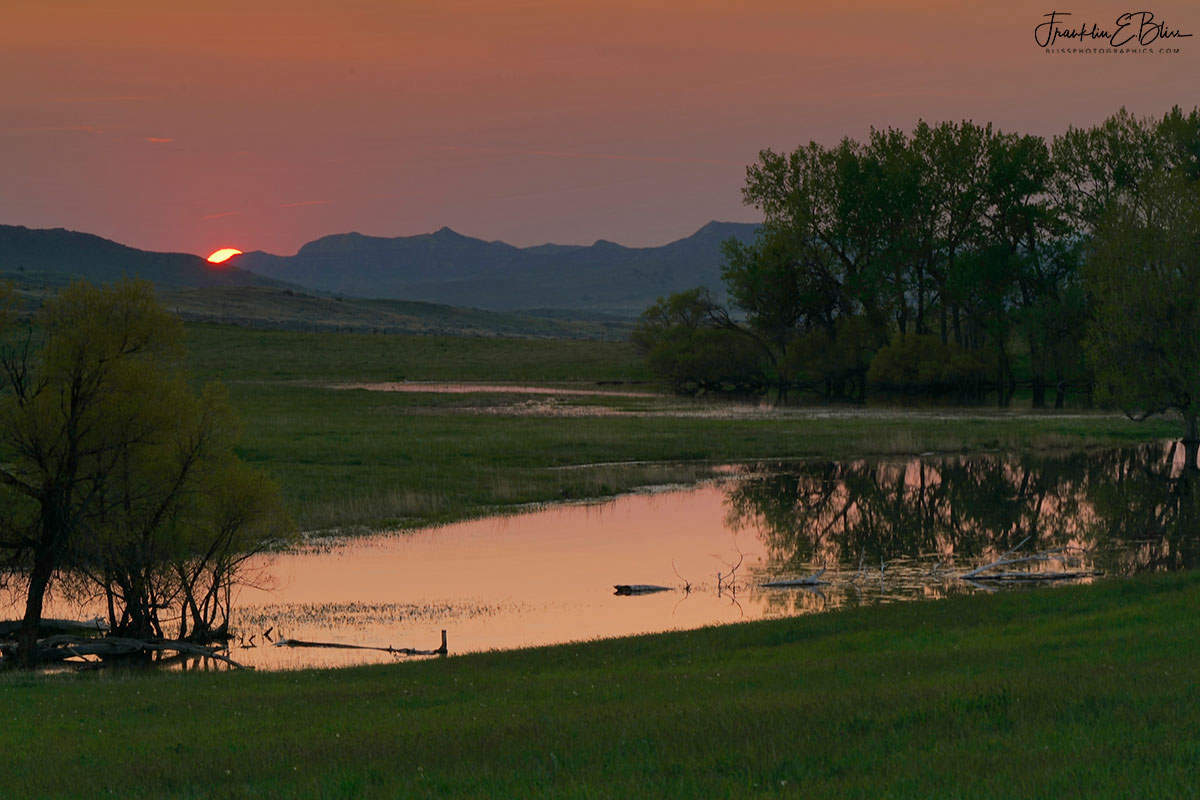 I find that you are where you are when the sun goes down. I tend to levitate to reflective scenes but this I live on a “dryland” ranch. We don’t have any running water except during a big rain. Then we have flash floods lolol. Limited to the gullies fortunately. We did have a 4 inch rain in about an hour during which shin high water was running around the back of my house. So we do get some water dumps now and then. Forest fires up wind veil the sunsets as this and give the whole world an eclipsed feeling. 🤔👀

This lake however is a spring fed pond with artesian water rising from about 600 feet down. There is a fault or flaw in the seal over the widely spread Fox Hill Aquifer which enables water to trickle up from that source through all the intervening rocks . Hell Creek Formation sits on top of Fox Hill and has layers of Bentonitic Clay which would stop water from rising without some structural insufficiency breaking those shaley/clay seals. In other words, the Artisian water source under this has a crack it’s following up to the surface.

Geology is self explanatory if you can read the book. The Cretaceous Fox Hill Formation was the Beach for the Dinosaurs… The space between the sandy terrestrial river deposits and the epicontinental ocean just east of here in the Cretaceous. I envision Dinosaurs laying on beach chairs with little umbrellas in their drinks. I’ve never found a fossil umbrella though. Actually the Fox Hill is exposed at the surface about 14 miles to the east of my ranch. It is mostly un-fossiliferous as one would expect from a higher beach energy washed sand (a little argillaceous). I’ve never found a fossil in it. It’s a regional Aquifer stretching from Canada to Colorado and has a LOT of water connate in the formation. It’s good to know that the water we drink has been down underground for a “while” 😀