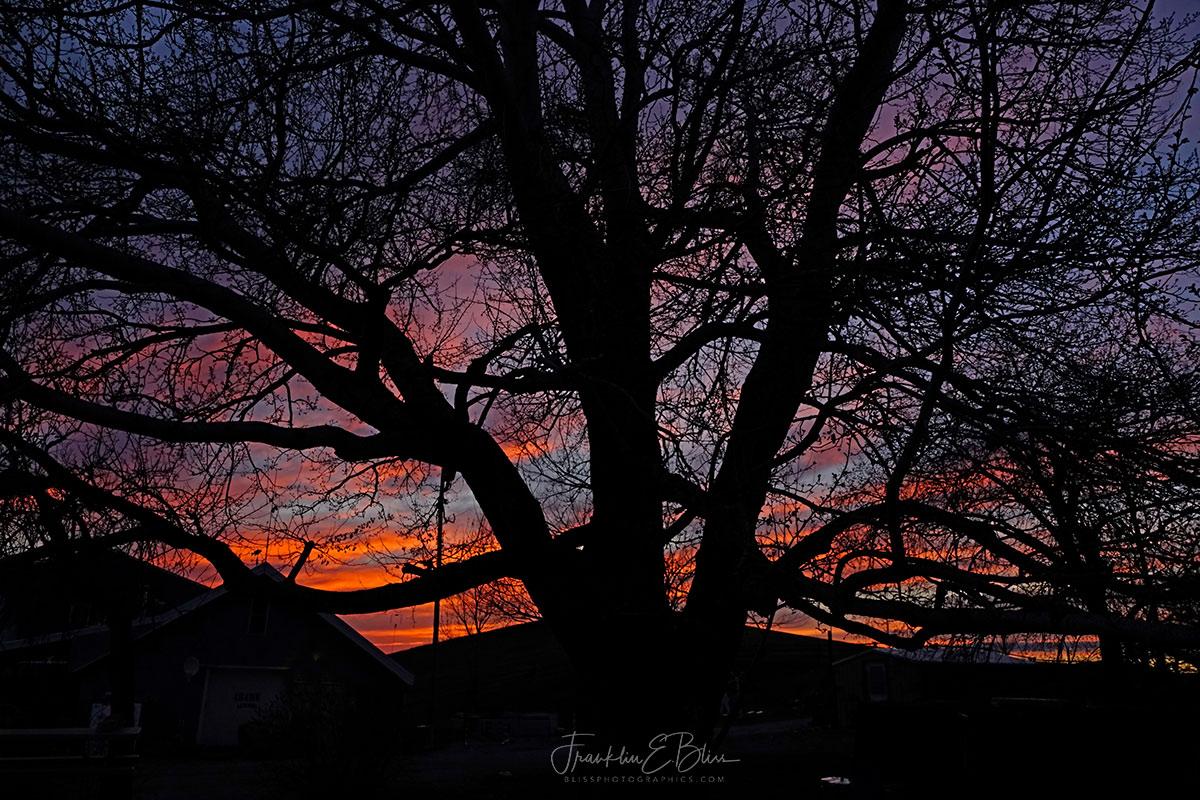 Rarely do I get home from a photographic excursion to have the sky “re-light up” after it had “finished” it’s show earlier. Here is a good second act from that evening. I bet I don’t have 2 architectural/buildings in my photography a month even just in silhouette lolol. I love this tree…..