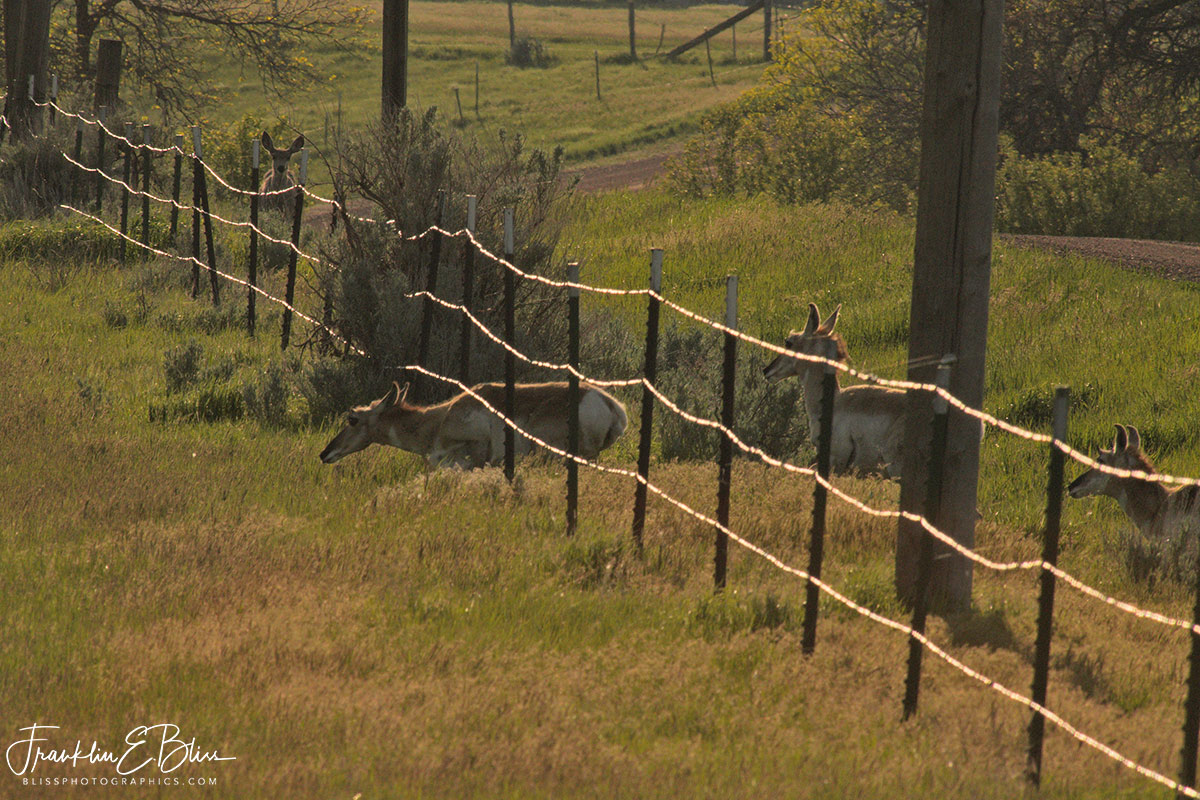 With several things going on in this mid-summer capture, you might focus on the Pronghorn diving under the three wire fence. The highlight on which are as bright as I’ve seen lol. It was just the perfect angle. I’m parked about 300 yards down the road. The mother and two fawns were in a hurry to leave my proximity as I just had come to a stop. Pronghorn’s tend to move when you stop. Changes in motion trigger them to move in response as I see it. If your still all the time or moving all the time, your less likely to spook them. Vehicle photography of Pronghorn is much easier than on foot lolol. These American native long distance relative of the giraffe does not appreciate the human form (maybe it’s just me”…😜)

So… Pronghorn almost always go under fences. I read once where they can jump 15 feet high. (I have not see this). I have however seen them go 6 feet. I have less than 10 images of Pronghorn Jumping Fences. I have many more of them going under fences. 📸

This is however, the ONLY image I have of a doe deer “Watching the Technique” clearly displayed here used by countless generations of Pronghorn. Deer of course tend to jump fences.

I can’t tell you how much I want summer back. As I post this midwinter, there is either mud or ice in the backcountry. Iced / melted then frozen snow drifts are really bumpy. Mud is a problem this time of yearI try not to exacerbate by making ruts with my Raptor.