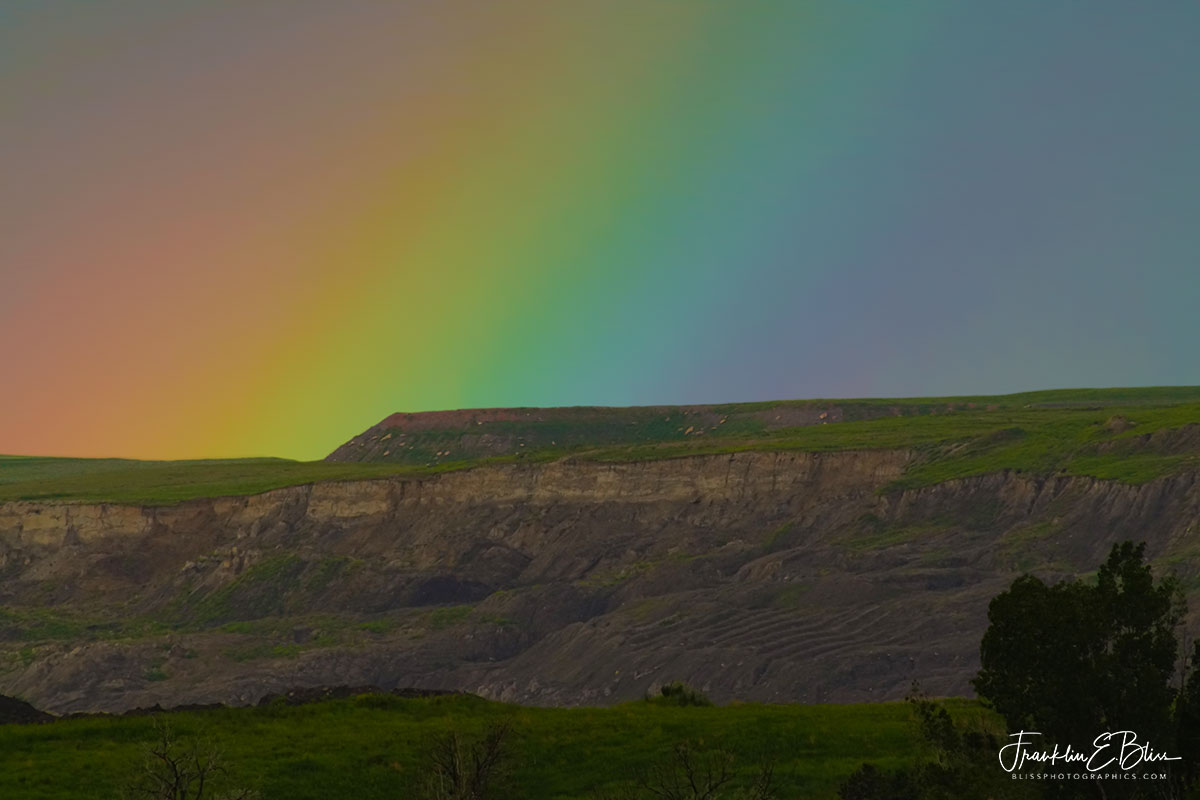 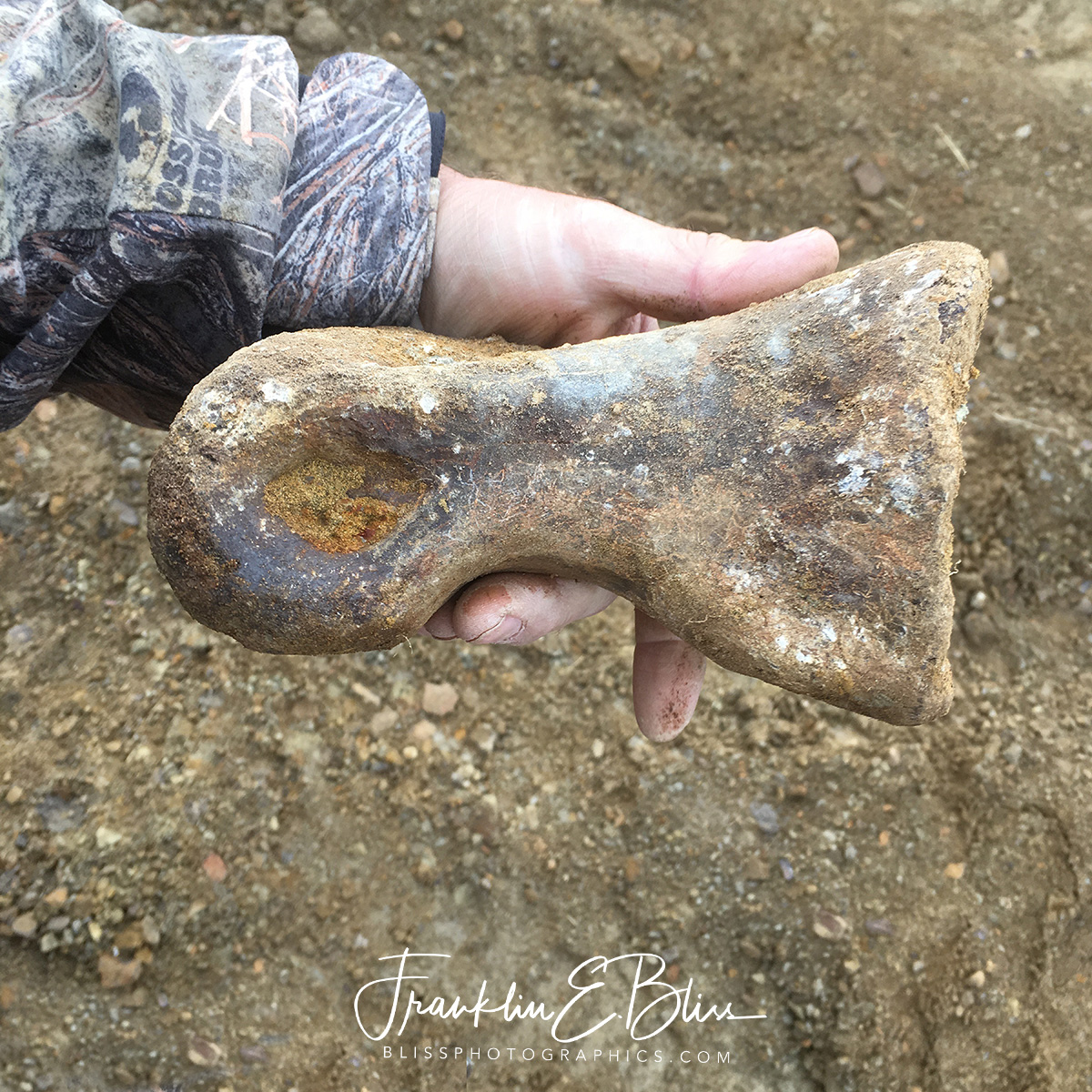 There is a reason we are called the “Bliss Dinosaur Ranch. T-rex’s Middle Toe Bone, Just before the HIGHLY desirable killing claw is a rare bone being on 2 per T-rex. The T-rex’s only constitute 2 percent of the fossil volume found in the Hell Creek Formation. This is about 1/400th of the volume of a t-rex’s skeletons proportionality so 1/400th of 2 percent.

Here the bone is still moist and has sand all over it from it’s excavation from a burial of 66 million years or more. . It was quite perfect (still is), needed NO superglue to hold it together or repair it in any way. (way unusual)
It is also rare for a river water deposited bone to be “perfect” after being washed unknown miles down an ancient river, buried, washed away in a scour or channel change, rinse and repeat for 3 million years of this sand being dumped by huge rivers from the highlands to the west of here transported by water and left here for me to dig in.. I earned a Masters Degree along the way in a related geologic field to Paleontology and have been a geologist/paelontologist since I was 5 years old.
It was no coincidence I moved to this spot 20 years ago. The geologic maps said this ranch was covered in younger rocks than the dinosaurs. I knew they were wrong when I asked the guy who dug all the wells in the area how far down it was to Fox Hill formation which is the local aquifer (he had worked in the area of our ranch) where everyone around here gets their water. Hell Creek is 700 feet thick. Fox Hill is the Beach Sand that the DInosaurs walked on and is stratigraphically lower/under the terrestrial Hell Creek DInosaur Bearing sand. 700 feet of Hell Creek minus 500 feet to Fox Hill made me suspect there was at least 200 feet of Hell Creek fossiliferous (possibly) layers on the surface. I was right and it was a few years before I figured out where 25 micro-sites and a bone quarry were . I also located a partial triceratops on a neighboring ranch. There are a few other spots I know of…🤔

There are in excess of 10K fossils in the ranch collection currently. Before you ask, I do not nor ever will sell fossils. They will go as a collection to a museum some day.

FYI, it is illegal to collect vertebrate remains on public/BLM/State/Indian land. Leave them be. You can only legally collect such fossils from private deeded land. So before you look, ask the landowner for permission…preferably written and no I don’t have people randomly come up here to look around on their own. No horn collectors, no hunters please. This is a private ranch.