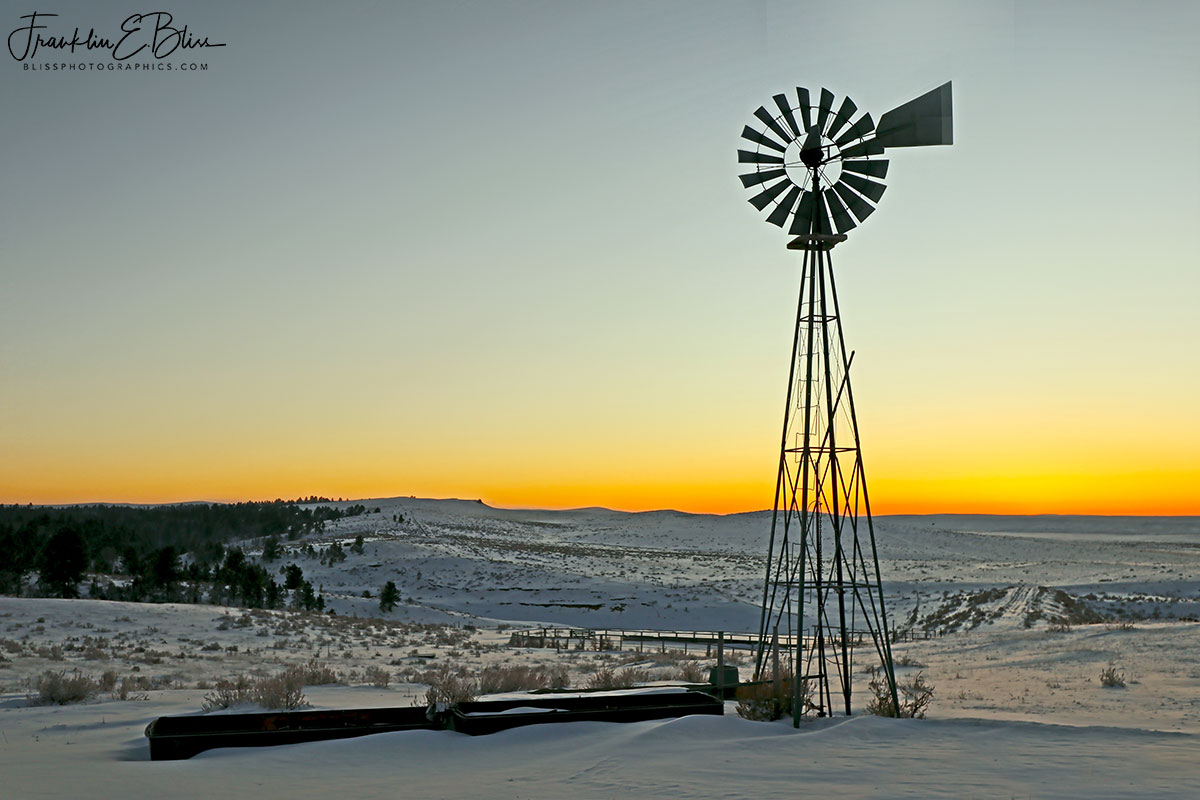 The Backcountry sparsely populated now in mid winter. Few animal are about. The odd Jack Rabbit living mostly random grass left over from the summer cattle. Mice and Pack Rats round out the majority of the mammal population in this region. There may be a few deer about but they tend to stay near the forest not the gumbo covered flats. The grazing is sparse in Bentonitic (gumbo) clay rich soils.

Most of the Pronghorn which frequent this area all summer have migrated south. They move down to the Thunder Basin National Grasslands. This is down the road in Wyoming about 30 miles. So this land, dominated by fox, coyote is overseen by birds of prey. Those masters of the sky dominate the hierarchy of predators for this targeted population of small mammals.

It has been cold of late as I type this a week before it posts. Forecast is for snow moving in a few days before. Hopefully not so much but we do need the moisture. IT’s the snow that makes that spring/summer grass for the grazing of all species. We get most of our yearly 14 inches of precipitation from snowfall. Last year was exceptional exhibiting a wet summer and fall.

It’s still REALLY early for calving but it won’t be long. Ground like this opens for grazing mid-spring around May. In the summer you can see hundreds if not thousands of cattle on this same ground.