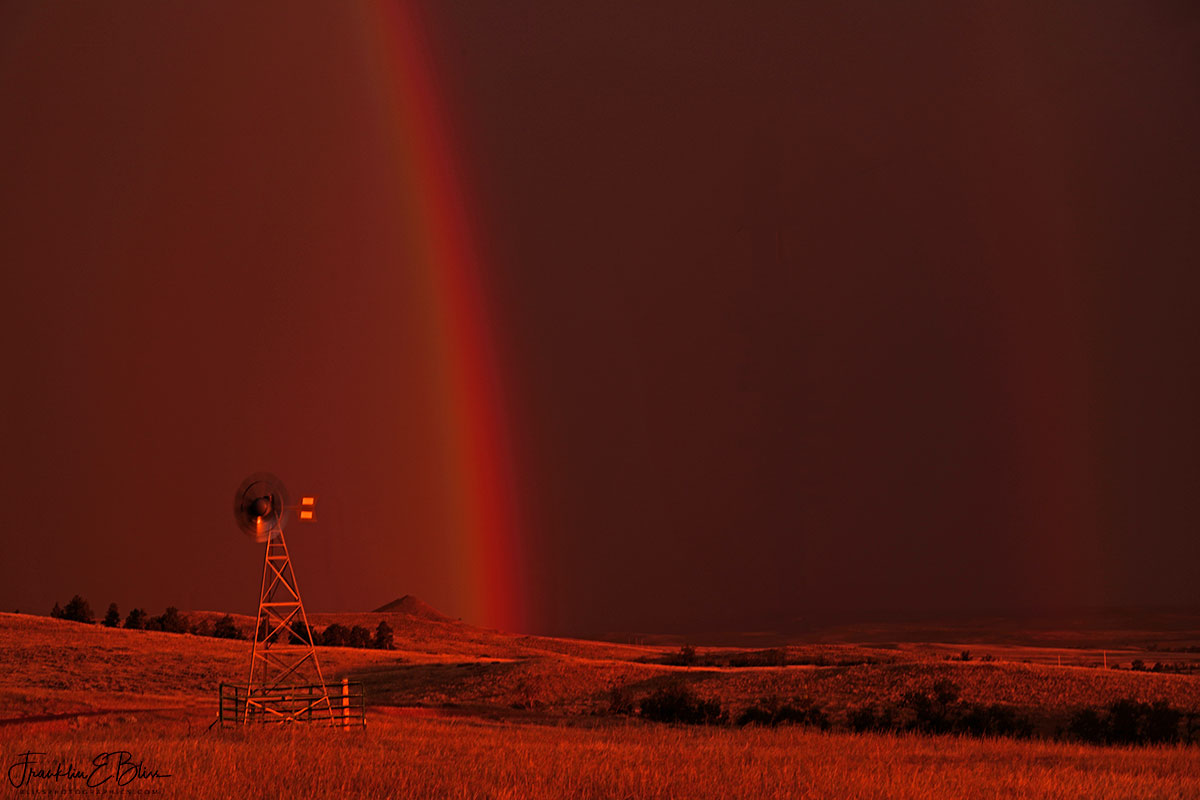 This is a Windmill Wednesday after all and I’ve posted several windmills today. I don’t get a lot of double red rainbows. The last of the timeline I think.

As this storm, a member of a train of storms moving up a squall line just to our east, the precipitation passed over me. Everything was wet. The Smells were tremendous with wet Sage dominating that sense. My visual neurons were firing messages to a receptive brain high on endorphins from the dramatic show unfolding before me. I’m very fortunate to be able to chase these storms. When they come by, I usually drop what I’m doing to run “up on the ridge”. Gaining elevation is the best way to see these big storms. Of course, when you go up, you go into the storm regardless. It’s a way of life going “into the storm”. You know, run to the gunfire..🤘

I’ve said before that red rainbows are rare. This one has a bit of yellow as it is a little earlier in the timeline from others you have seen published by me recently. The red colorcast is the result of no other colors making it past all the dust / moisture / ice / pollution in the air. Those particles collectively limit the rainbows choices on which colors to refract. The rain drops can’t bend Blue if Blue color isn’t there lol.

The second rainbow is as faint as it can be. They all are fainter than the main reflection and the colors (or lack there of) are reversed in order in the second bow. This was such a low light shot that it was hard to do it justice.