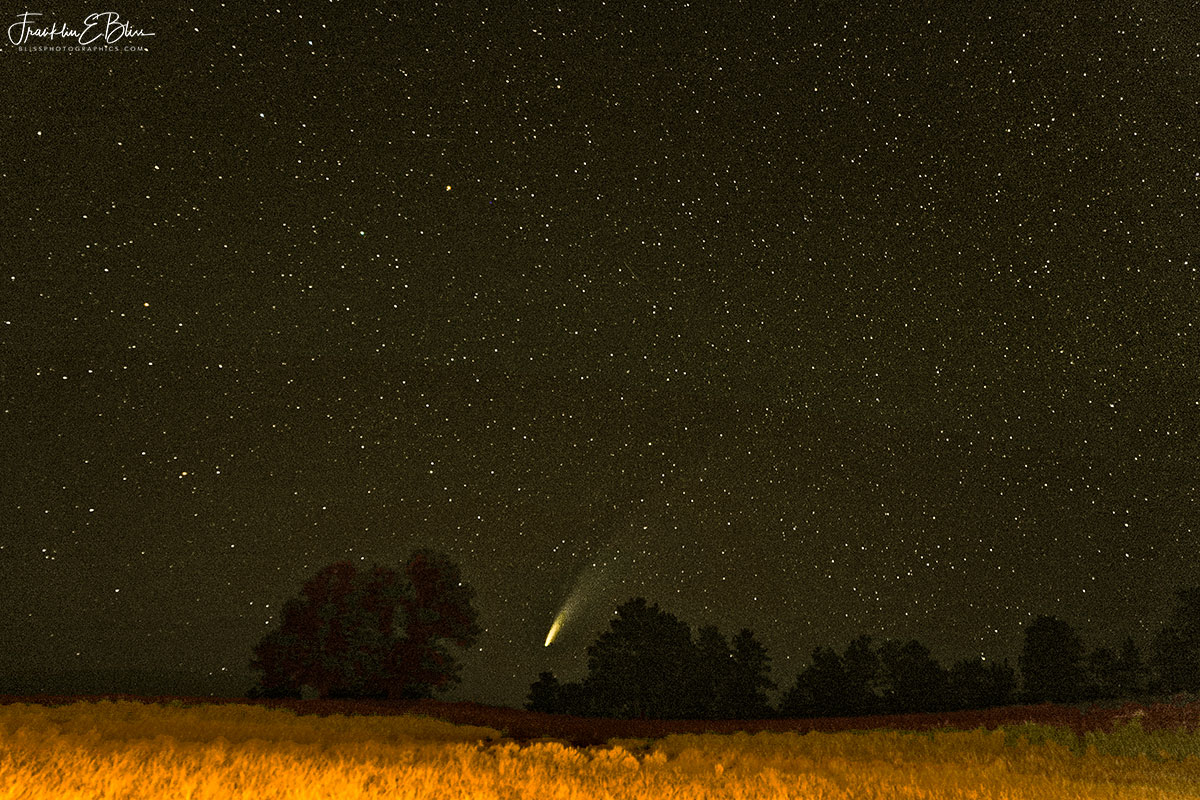 Neowise Against the Star Field

As with most of my work finished on a big computer monitor, full screen is preferred. Click the image to enlarge.

I’m always trying to experiment with different lighting when I do night time exposures. Here I used my yellow flashing light on the top of my Raptor (I often block backcountry roads for 10’s of minutes at a time so I like a warming strobe). So the flashing strobe is like a flash bulb but in yellow. Of course we are in a drought and the grass is brown anyway. The color cast added to the scene I thought for the Close/far perspective. I have another version of this with LED white light. Just as this, the suffuse foreground lighting diminished up the hill. Stay tuned for that image.

The star field is just about properly exposed, sharp and well populated. Interestingly, the longer you leave open the shutter, the more stars that keep appearing. Our sky here on the Montana/Wyoming border 70 miles from the nearest bright city is as dark as the North Atlantic Ocean according to NASA. One of the darkest skies in the United States. If you have a sensitive camera and a steady surface you can just about fill the frame with stars. There is close to 1000 visible in this photo alone.

When you are leaving the shutter open for 10-15 seconds at a time, ANY movement of the truck the camera is mounted on will ruin the image. It was periodically gusty during this shoot. Therefore MOST of the images I took during this timeline were ruined by the movement. No fixing 1000 stars with blur tails. Ground tripods with really long lenses are better than vehicles due to the smaller wind profile.

Title: Neowise Against the Star Field