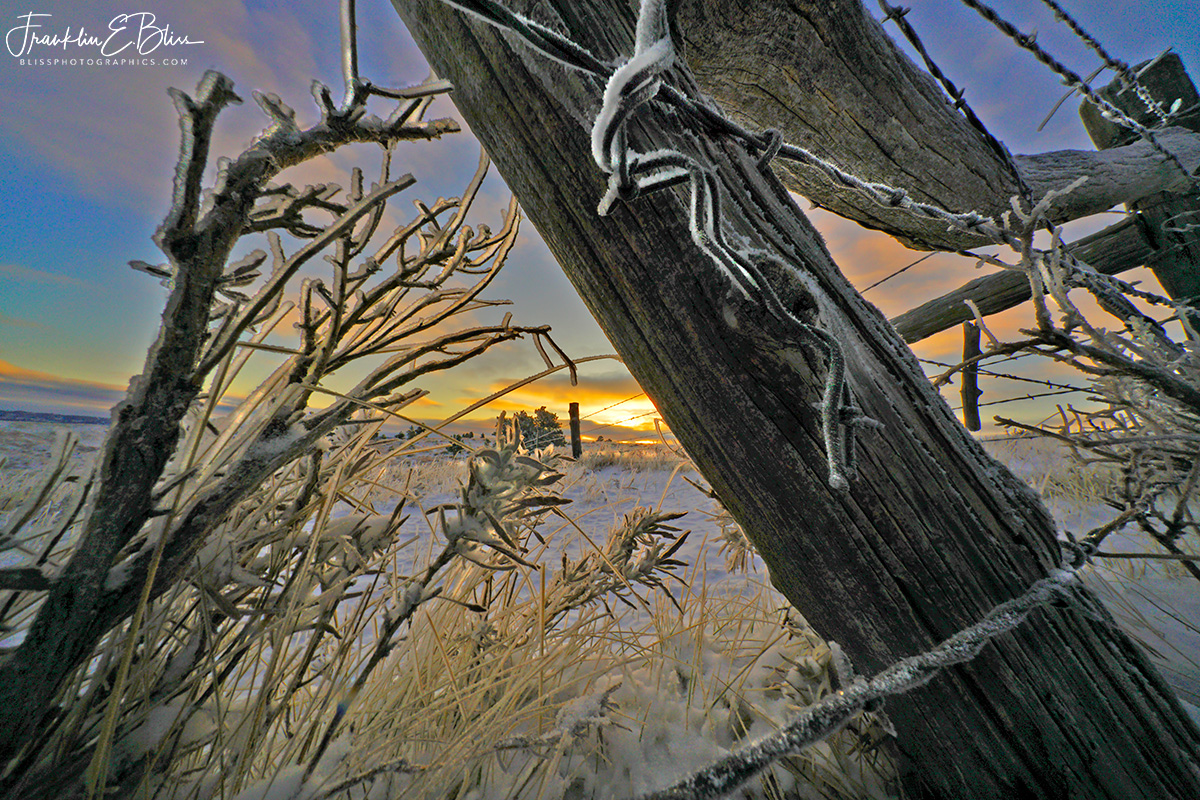 Perspective “Brace Yourself” looks cold….It was indeed quite chily when I took this. -2F with a good breeze is chilly in my book.. Taken a few miles into the backcountry off the main gravel road.. Traveling ranch Two track trails to the spot.. There was 1/8th inch of ice on virtually everything, . Ground under the snow, grass, barbed wire and posts all were laden with a coating of the storms warmer beginnings..

This was a good snow because I was actually noticing I was driving through deeper snow up on the ridges. Most snows so far this winter have been relatively minor in their effect on my travels… No blowing snow off the ridges in this snowy iteration. It wasn’t a particular windy storm. Thus there are no drifts to deal with, however, there is deeper snow on the ridge line which CAN build up if there is a crust. This makes it more difficult later (sadly). . It seems 5 inches of flat snow with ice under it starts getting problematic climbing steep backcountry hills.😜. I have slid backwards down many a long hill in the snowy backcountry…. denied access!!! 😫

So as the Winter progresses, the cold brings to mind a late November from 2000 that was -30 for well over a week straight. I mean all day for a week at -30F degrees was a long week here on the ranch. As I recall, I was driving back and forth from Jackson Hole to my Ranch north of Gillette (almost 500 miles) during that week . I definitely respect November weather in Wyoming.

I will plow the main two track up to this ridge this winter. It’s a several mile job with a skidsteer with tire chains. That takes a while if it drifts over and I will eventually be locked off the ridge by drifts working across my previously plowed paths.

I love lots of angles in photos. This one qualifies plus the close focus. 📸