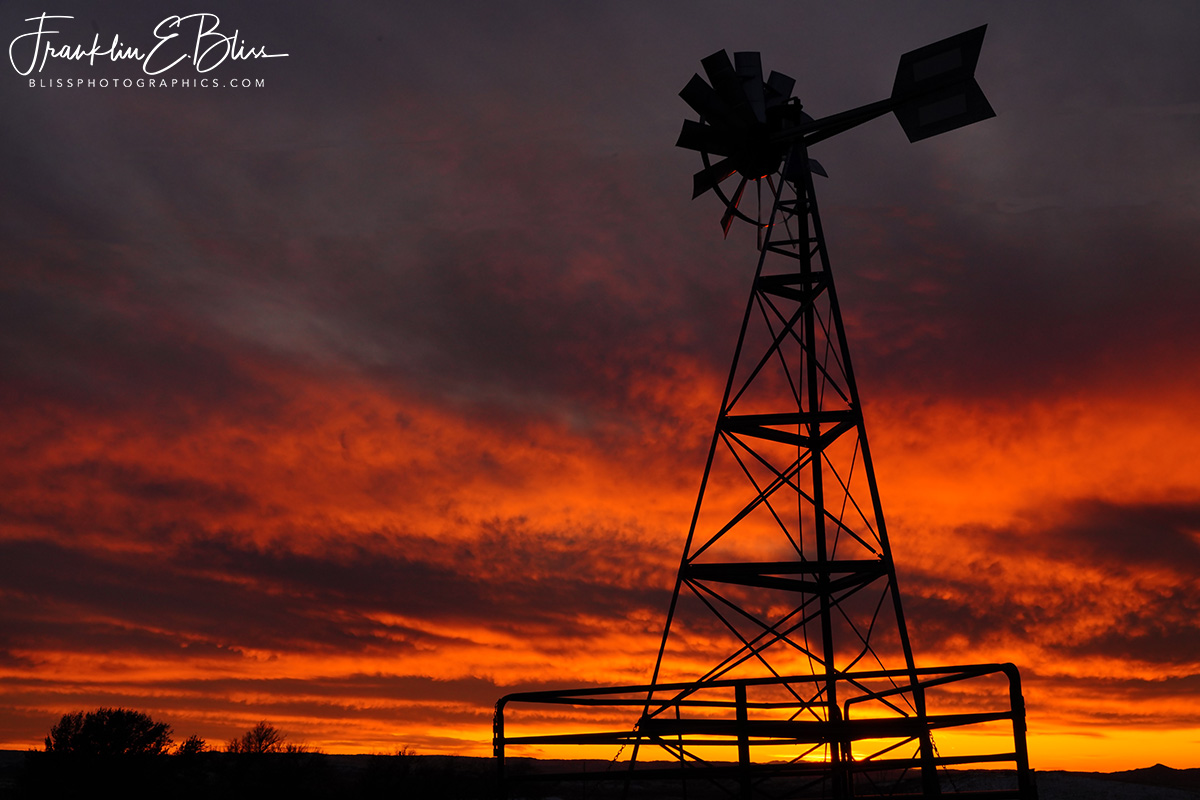 Windmill Wednesday with “Sneaky Pete” is a capture from last week that just made it through my workflow. Twilight Sky Shows after sunset are often better than the sunsets themselves.

This sky was impressively big at the 30 foot tall Windmill named “Sneaky Pete” (long term narrative if your new to “Sneaky Pete”. ). He has a habit of photobombing my land/skyscapes. I have no control over his actions as he has a mind of his own. Fortunately his size gives some perspective to this huge twilight sky that night. Some good comes out of his mischief. 😝

“Sneaky Pete” is the younger of two Windmills we have here on the Bliss Dinosaur Ranch. The older windmill is “Re Pete”. He hangs out about 3 miles out in the backcountry. More images from him as I rework my porfoiio to current standards.

Windmills in the past were the only source of water up here. We used that older windmill as recently as 2007. We’d have to change the leathers and grease stuff up. One has to climb up a 35 foot tower to do that…. We have a water pipeline now to that spot…. Working windmills are becoming rare even in this remote backcountry were easy to fix solar wells are taking over the jobs. A mile of electric wire costs MANY thousands of dollars. (maybe 60 or 70). A solar penel and pump are just a few thousand (2 or 3). Windmills need a lot of attention. Solar panels take next to nothings to keep running. Technology wins every time. 😁