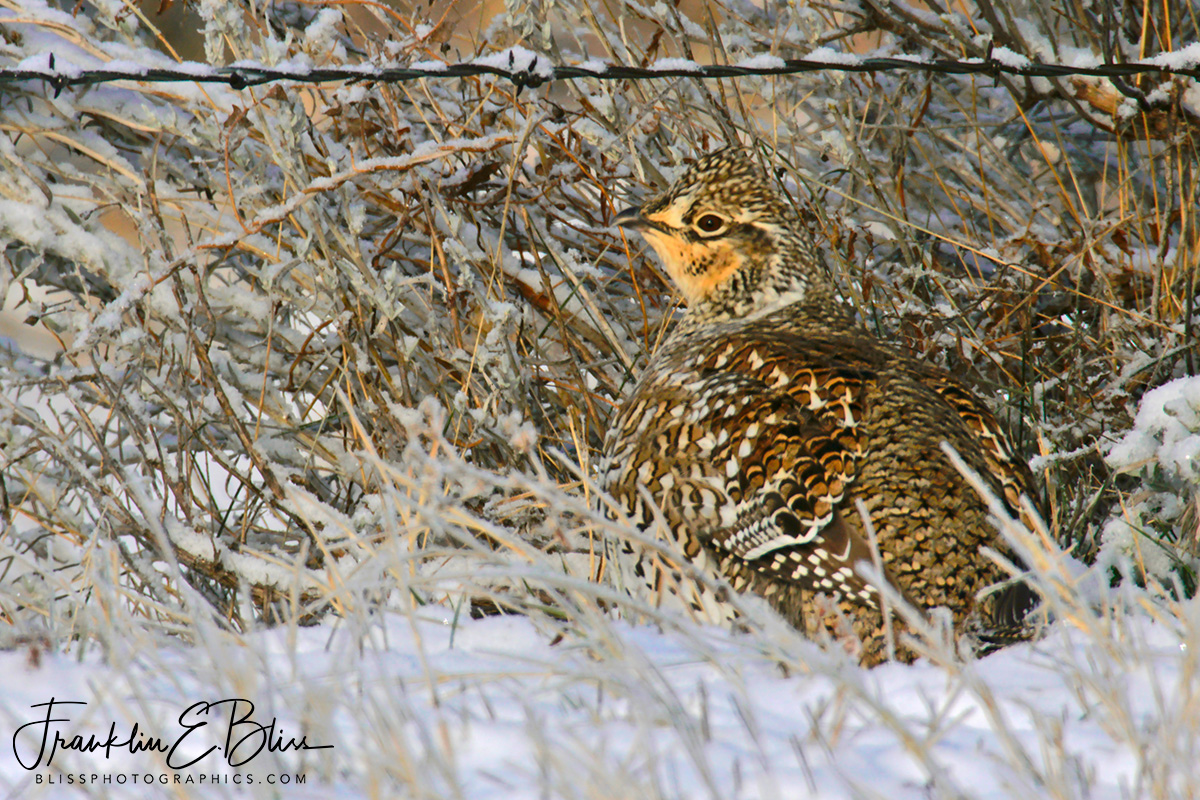 Deep Deep Snow and Sharp Tail Grouse don’t go along too well. They tend to say out of the powder as they sink in and have short legs lolol. They usually have to fly out of the hole they make for themselves by landing in a controlled crash. In this image, there is only a few inches of snow next to our backyard fence. We see them in our compound all winter as they mooch grain off our ducks and Buff Orphington Chickens.

These Birds are known as the “fire grouse or fire bird” by native Americans. This is because they are reliant on natural brush fires to keep their habitat open. Their common name around here is “SHarpies” or certainly Sharp Tail. These birds are found only on the North American continent. . Geologically it is the last species of the Genus Tympanuchus. (Linnaeus named them AGAIN, boy was he busy) Apparently there are 7 subspecies one of which is extinct, the other 6 are extant. (extant versus extinct…. good to google if you don’t know).

Being one of the larger grouse, they are hard to sex visually. The males have yellow eye combs that are not conspicuous. During the spring they males puff up a pale violet air sacs on their neck. UP to 18 inches long (plump birds) In the early fall, Females Ring-necked Pheasants easily are mistaken for a female Sharpie. Watch for the length of the tail which the pheasant wins with the longer tail.

The They really don’t exist south of Wyoming/northern Nebraska ranging WAY north into Alaska through out central and northwestern Canada. I’m thinking they like the snow but I might be wrong[ They are year round residents of the Wyotana borderlands but I understand the continental divide is a boundary too them and they really don’t live west of there in the the US. Western most Montana doesn’t have them apparently.