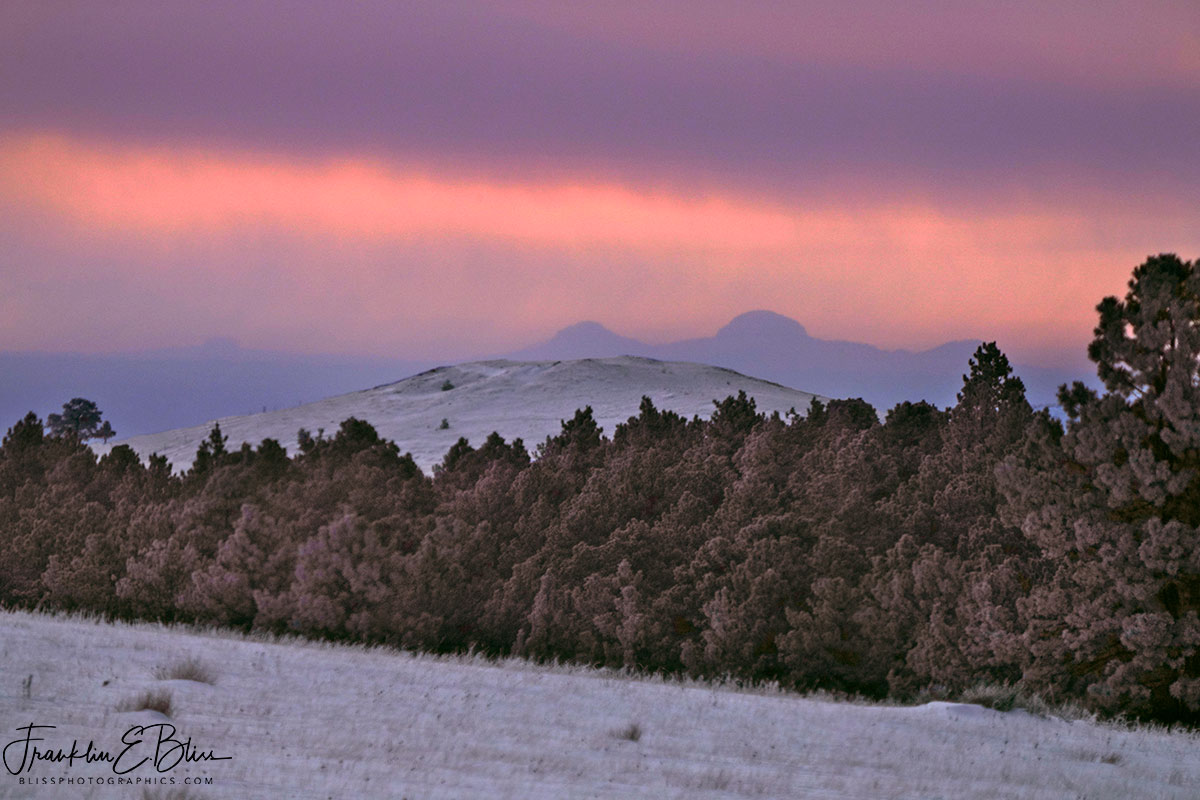 Missouri Buttes Snowy Squalls (I see the Devil’s Tower’s outline on the left but it’s pretty far out in the snow to show up here lol. )

I’m a photorealist who preaches against “blue snow”. I maintain the practice of maintaining a blue snow free zone in my gallery, except when it was really blue. This was blue sky and hills distant but the snow was white.

So much of the deeply blue snow you see in forum photos is bad or excessive color enhancement or improper setting for white balance in that camera. It drives me crazy lolol. I’ve always argued that blue snow doesn’t exist in nature but for a few, very few mornings, early in twilight. This color is as I experienced it. Think about it, have you ever seen electric blue snow?

I do sunrises and sunsets almost every day photographically. This twilight was a rmisty one indeed. This is a view looking to the south east from near the Montana/Wyoming border. This is very far northeastern Wyoming.

Remember that those 4 hills are all related volcanic necks. Being made of hard rock, they stick up above the softer rock the volcanic neck melted through to the surface. Much sediment has been removed around this volcanic pipes now more than a 1000 feet in the air. They used to be miles deep. Everybody known about the Devils Tower but also part of the same “Volcanic neck” complex formed around the same time as the MIssouri Buttes. This is the Non tourist angle from the north east .. Devils tower had more time to cool slowly and the columns formed much better