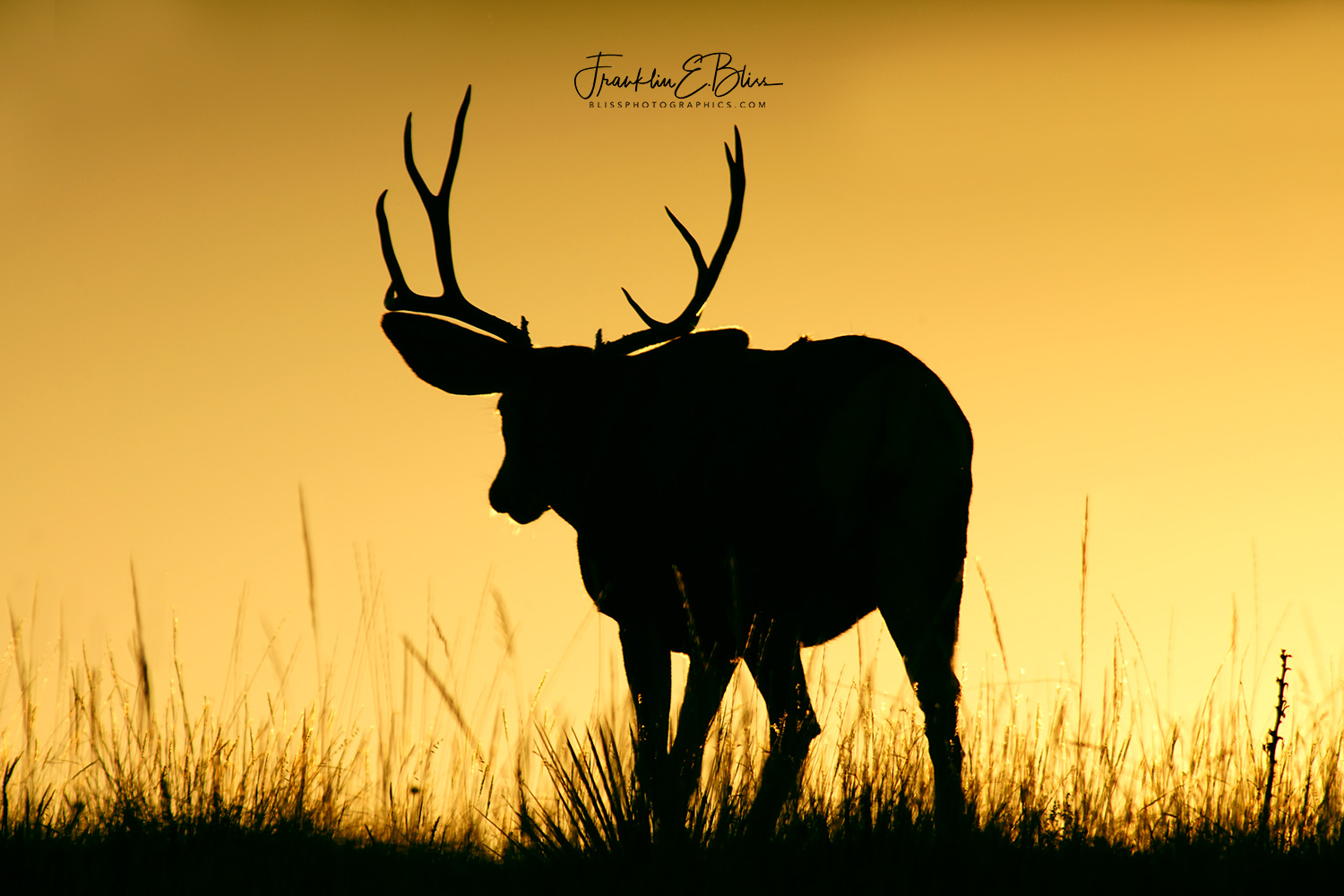 Which Way is he Looking, This Buck Silhouette is confusing to me as to which way he is looking. Is he looking away or toward the camera? Don’t confuse grass highlight for body contours now lol. This one is a real mind bender. I know which way and MIGHT tell 😎

Getting a nice buck between yourself and a good sunrise? Priceless.❤️

The illusion is caused by the telephoto’s ability to destroy perspective. This is a very long shot, the deer looks HUGE…BUT the sun that would be currently rising behind the hill is way bigger than he is in apparent size.

If I had a 10 foot ladder to get up on from where I was standing for this capture….there would be a rising sun behind deer shot….The topography prevented this obviously lol.. My point is, the sun would appear to be wider than the buck is so he is actually being illuminated/highlighted literally on both sides making it essentially impossible to figure out which way he was looking. Very much of a rarified optics environment/opportunity for a odd ball capture as this.. This is an Optical Illusion distantly related to divergent light rays (crepuscular/anticrepuscular rays) and camera optics.. plus apparent/relative sizes. The physics behind a capture like this is just amazing to me.

Ambiguity is hard to catch as an image (I was about to write “on film”🤣) (RLT’s) or Really Long Telescope Lenses absolutely CRUSH perspective.