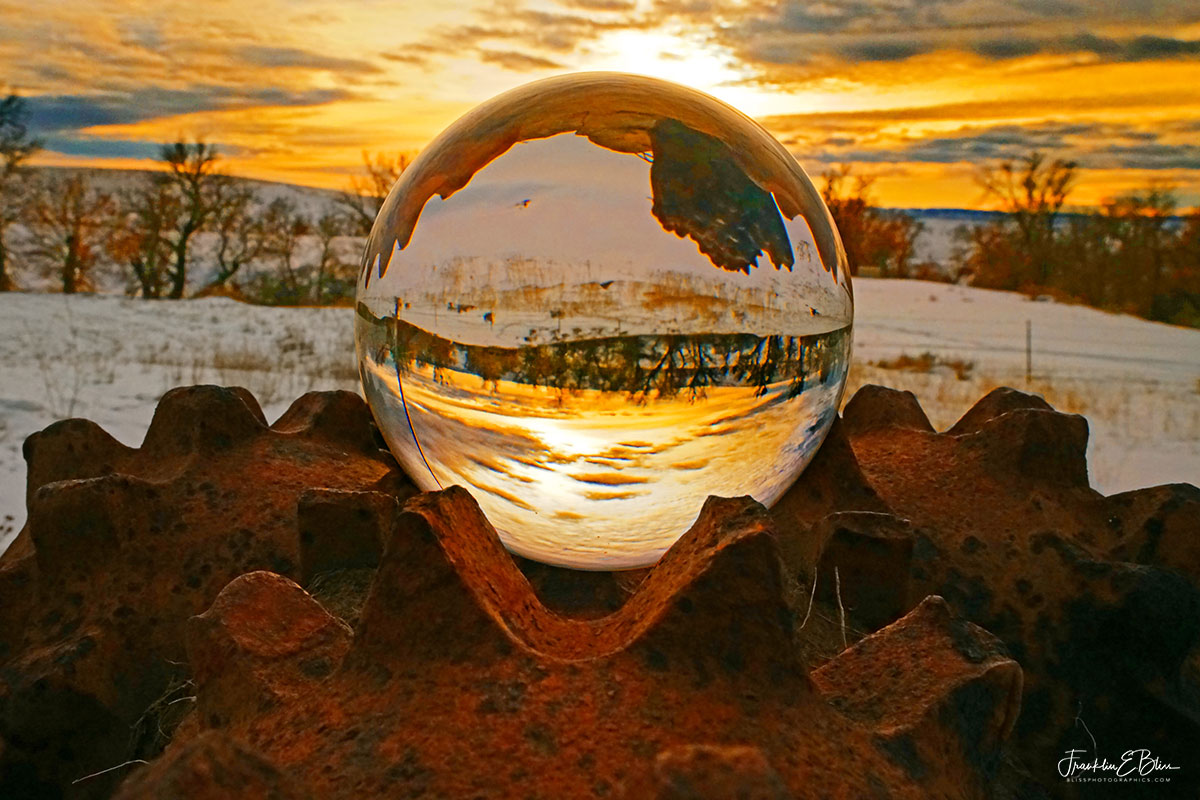 I have enjoyed having this optic glass sphere for the last couple of years. Generally I don’t carry it with me. Occasionally I will give in and throw the thing in my camera box.

Sitting on top of a hard steel Oil Well Drill Bit. The close/far perspective is a tough one for depth of field. Even at maximum / highest f-stop for the lens, the close part of this focus was too close to ALSO focus the background. I think a cell phone would have done this better but what’s the challenge in that lol. Really close / far shots are difficult to get both objects in the Depth of Focus field. At least with most lenses I’ve ever used. I’m sure there is one out there that will focus at 8 inches all the way to infinity. I Certainly haven’t found it yet lolol.

Now that drill bit…. Oil, discovered in the 1960’s, provided a lot of cash flow to the ranch.. . A lot of drilling ensued with a few of the wells producing a significant income to the rancher/owner at the time. As all good things come to an end, the oil companies removed about 1/2 of the oil. The rest remains in situ. That percentage is about all the technology of the time could remove. There will be some point in the future where that oil will get recoverable and drilling will start again. More efficient processes now to squeeze the remaining oil to the well head.

50 years after drilling. There are very few indicators that 3 oil production platforms were up and running for almost a decade. There are vague topographic changes in the landscape where a dozer cleared off the pads used for the drilling. Some small containment berms near each pad. But collected carefully and put in a pile in out ranches bone yard. At least a 1/2 a dozen of these big heavy drill bits lay. I’d say they weigh 100 pounds each or there about.