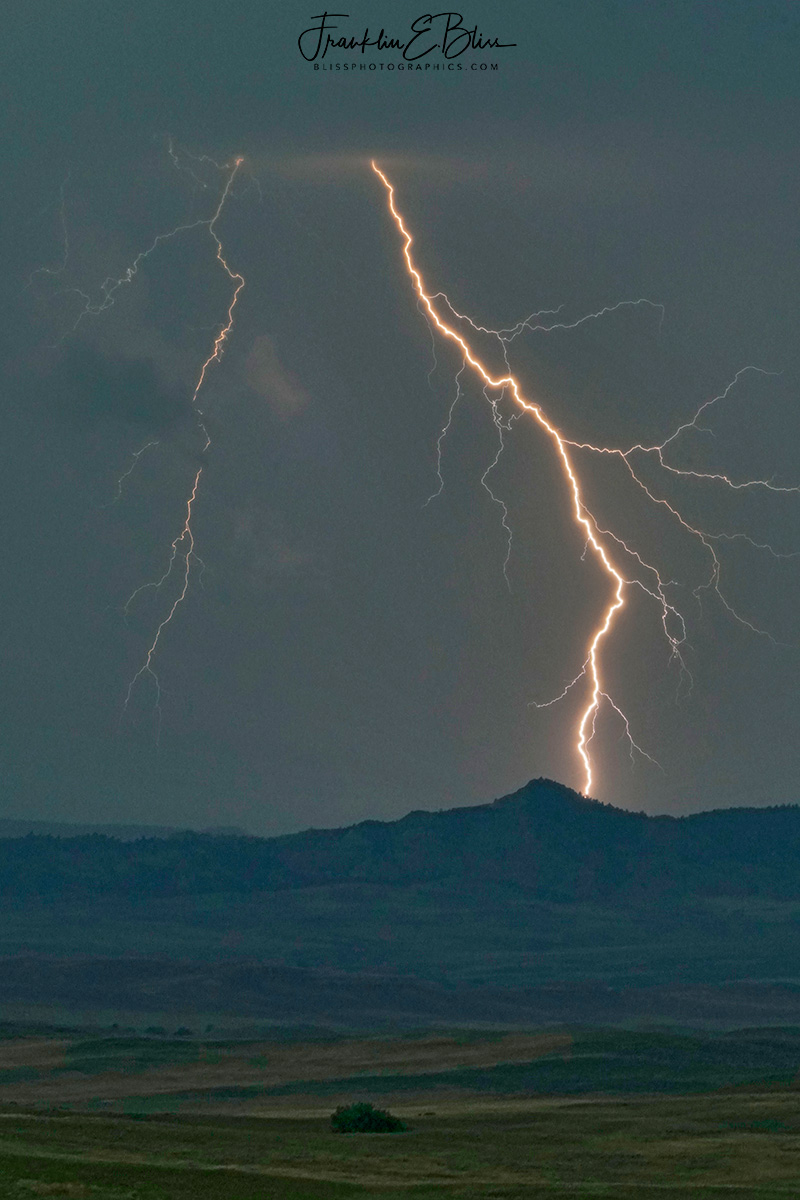 Bolt Striking the Red Hills is a MASSIVE strike. That ridge is 40 miles distant from my Telephoto lens which was trained where the last bolt struck. Quite often bolts will strike very close to the previous ones. I look for patterns and focus on that area.

I do use lightning triggers on my cameras. These are boxes that automatically sense lightning by the pattern of flashes they generate. They Trigger my Sony’s in mere microseconds. I endorse no particular brand as the several I’ve tried all have their issues but “generally” work. None are “cheap” but then again, look what you get for your efforts. I might only get 1 in 20 bolts I try to get manually without time exposures. These are 1/4 second exposures at other settings that bring in the landscape.

In pitch dark, you just set the camera on a tripod, remotely trigger it or timer the shutter at about 25 seconds at let the lightning display. This technique is the best way to get multiple bolts. This capture however was a single discharge with multiple plasma channels reaching down. This is the kind of bolt that will start fires. Forested ground is particularly easy to burn. That ridge often has a fire call during dry electrical storms that pass through now and then.

We have a local rancher that helps as a Range Officer at our Wyoming Tactical Rifle Championship in 2018 that had to leave the event. All because of a lightning strike near his ranch up in those very hills. The response of several departments along with hundreds of men saved his homestead. Unfortunately some of his ranch burned.. The grass will grow back greener the next year, I’ve seen it.