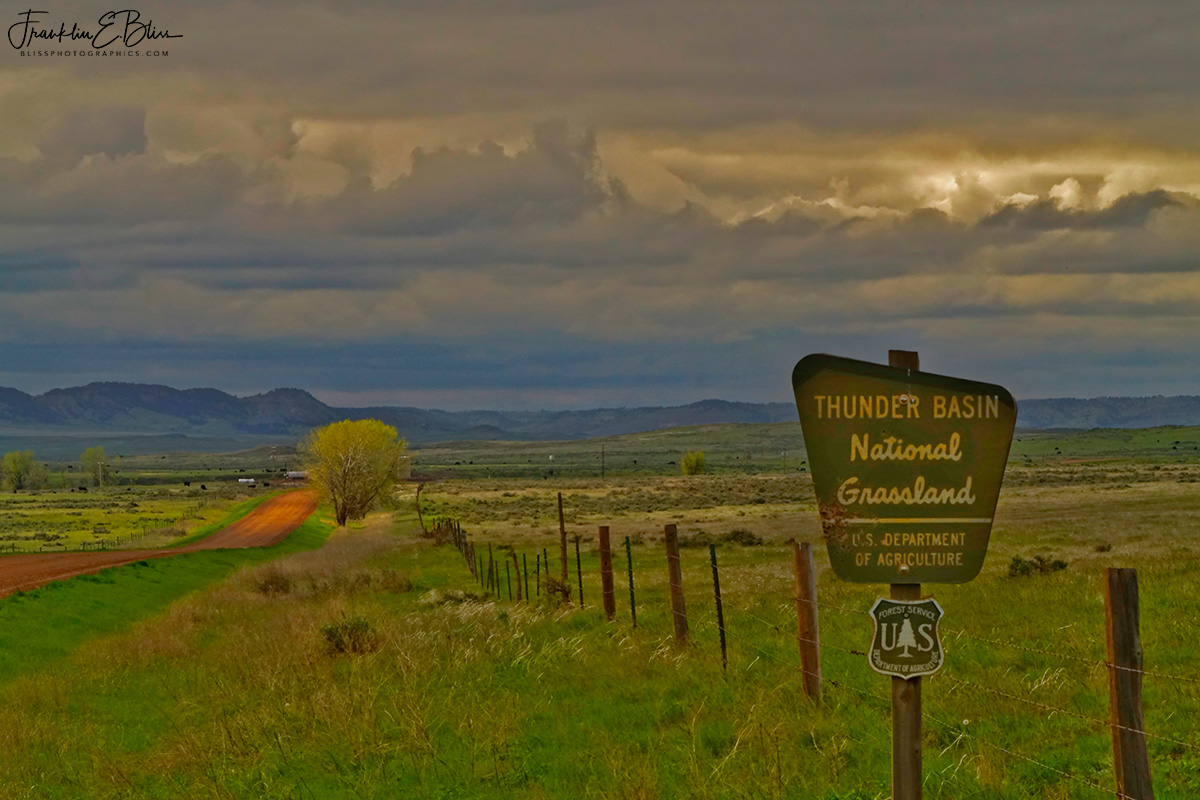 Thunder Basin National Grasslands (The only shaft of light I saw ALL hat Day. )

I was traveling back from Gillette Wyoming. Driving toward my ranch, I took the “back way”. It’s about a 30 mile gravel road drive through a REALLY big National grassland area. This road skirts the west side of the area. It passes right through some of the best places to see herds of Pronghorn in North America. I consider it the Serengeti of North America. There are several separate (huge) chunks of ground that make up the this amalgamation of reserves under this name in several states.

There are not many private inholdings within this area and nothing but large ranches surrounding the reserves. Right side of the fence is reserve, left side is private ground. There might be a few water and oil wells out there but they actually help the wildlife providing both connate water as well as deep hydrothermal water recovered from very deep oil production in the area. That deep origin hot water ( well treated) is a major source of water for wildlife as it remains unfrozen over most of the winter where it ponds.

I get the best Hoar Frost images from those geothermal ponds in the deep winter. It is a good 1/2 gravel road drive to the closest of those ponds though so I’ll only work them photographically a few times a year. If it’s -10 or lower, I’m heading that way for sunrises. Mostly those ponds are on the north side of this grassland complex. Gotta love vandalism of shooting signs. Shooting signs which cost hundreds to make, is senseless and a waste of good ammo. It’s also vandalism. 😞