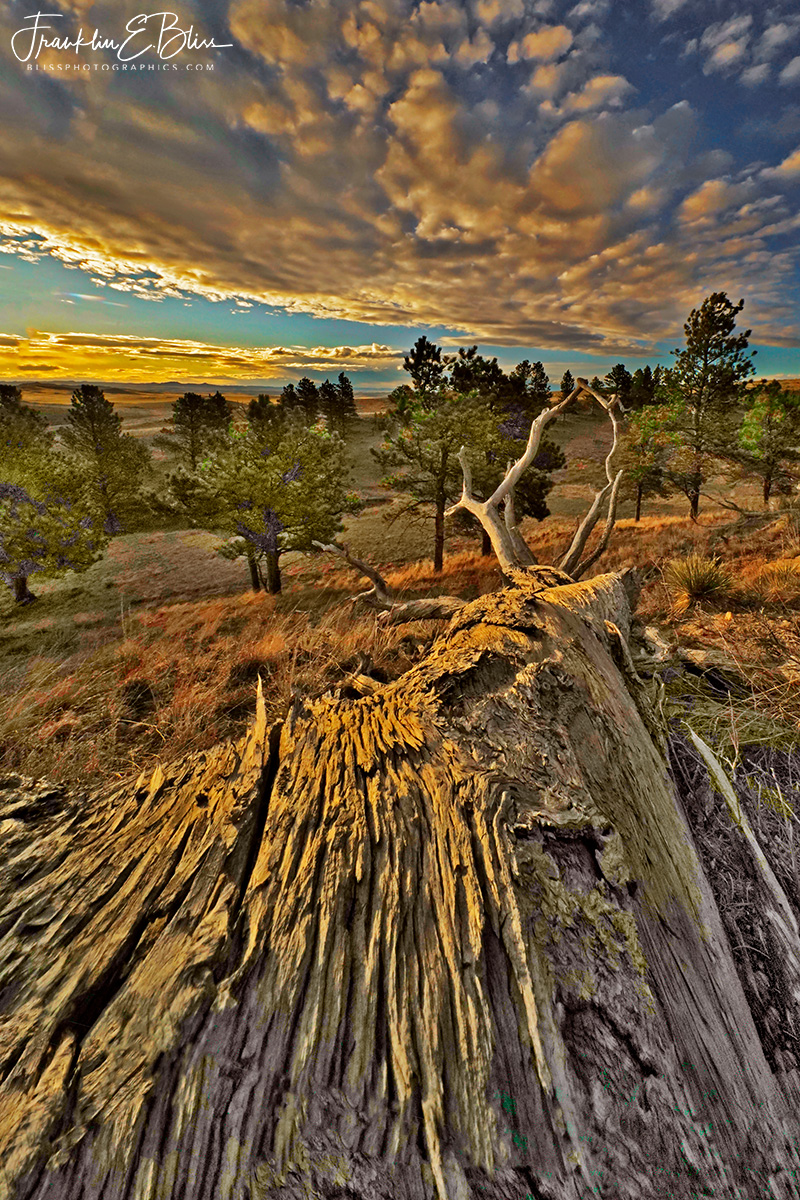 Perspective: Twisted Pine Sun Down during the golden hour this fall evening. I actively pursue close/far focus opportunities when ever I see them.

The landscape here on the high ridges looking to the south west, has 130 mile long landscape to the far ridges. Wood lasts a LONG time in this dry climate. We only get 14 inches of precipitation a year on average in this area. We probably accumulated 20 this year. This is the first year in my 20 years here that it was green in August and even in September.

Every season seemed to be a month late in 2019. Winter ended late. We had Lilacs blooming on the 4th of July at least a month late. I’ve noticed that the deer rut was even late by several weeks. It only got to 100 degrees F once this year if memory serves me right. July and August were not nearly as hot as normal so so it seemed to me. Global warming didn’t happen here this year. Far from it. I suspect it’s going to be a LONG cold wet winter. This belief is based on the fact that it already has been a long cold wet winter. It’s just Dec 1 too so this cold/wet/icy stuff might be around for a while.

We call these high ridges that we inhabit, “Little Siberia” which is appropriate as we usually have snow when others around us living lower don’t. We get some good winds up this high. I’ve had a recorded 78mph gust here back in 2012 I think. We get 60mph winds several times a summer. It’s natures way of tree trimming in the backcountry.