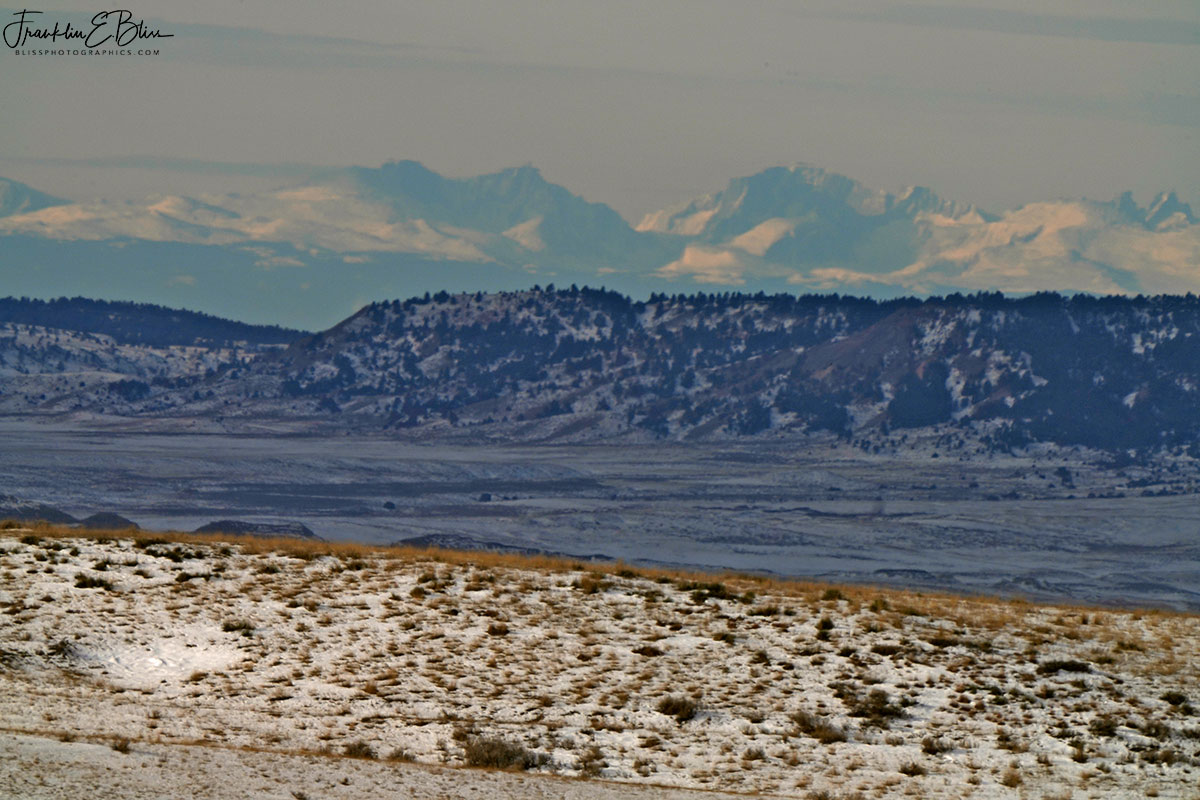 Taken off the road on the way to Gillette Wyoming. I’m Traveling the “back way”. All gravel, no AAA, no cell phone service, but the radio works lol. I pass one or two trucks on this road (30 miles long) each time I take it. Unless the weather is screwy or it’s really early, this road I’m on is a relatively busy place.

I stand on ground at the same elevation as the Intervening ridge. . Right at 4000 feet above mean sea level. Now those peaks off in the distance, that’s the BigHorn Mountains. The tall peaks in that little eroded wrinkle in the earth’s crust are just now 13000 feet high. The billions of year old granite core of the continent exposed in the center of the range. All of the sediments that used to be up much higher than the core. All those eroded and filled up the big bathtub between my camera and those peaks. The Powder River Basin between has 6000 plus feet of JUST Tullock formation. The Tullock, an alluvial fan deposit, stretches from the Mtn’s to the camera.