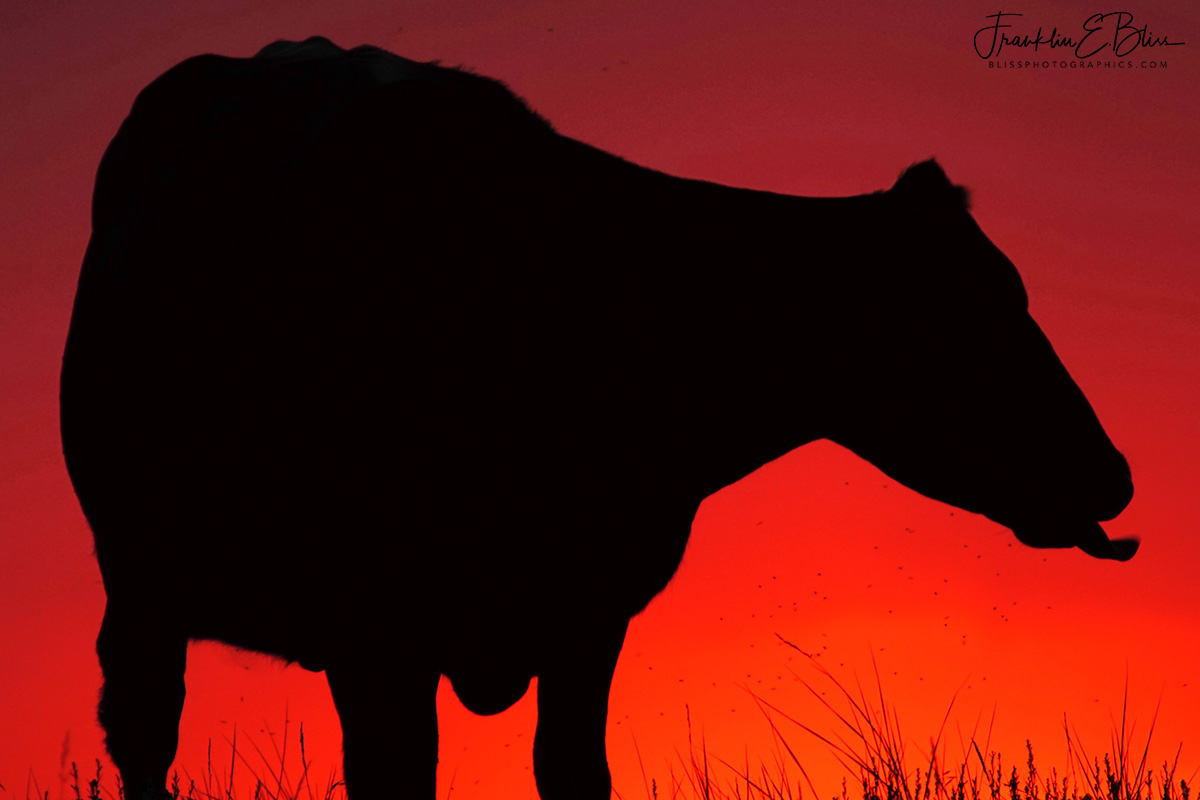 From 6 months ago, this rare summer Alpenglow twilight silhouetted this Angus Mother. Summer Alpenglow isn’t too common. This effect is due to atmospheric Ice acting as a projector screen. The projector is only capable of illuminating the ice with hard to stop red light. Dust and Ice in the atmosphere filter out all other colors but the red frequencies. All between the sun and the camera. In the real world, the horizon rises to cover the sun. Being down a while, a lot of air is between my lens/the projector screen here. The decimated shorter wavelengths are not available to refract off the suspended atmospheric ice for my cameras to harvest. They are after all, only photon gathering devices 📷

How could you tell this is a summer Alpenglow versus a winter alpenglow? Well all the flies buzzing around this poor gal sort of give it away.👀😜. I haven’t seen insects in a few months except for down in my greenhouse. We are pretty deep into winter currently here in Wyotana. Flies are a perpetual summer plague for cattle around the world. It’s a good thing the cattle are there as those flies could all be coming after us lololol.