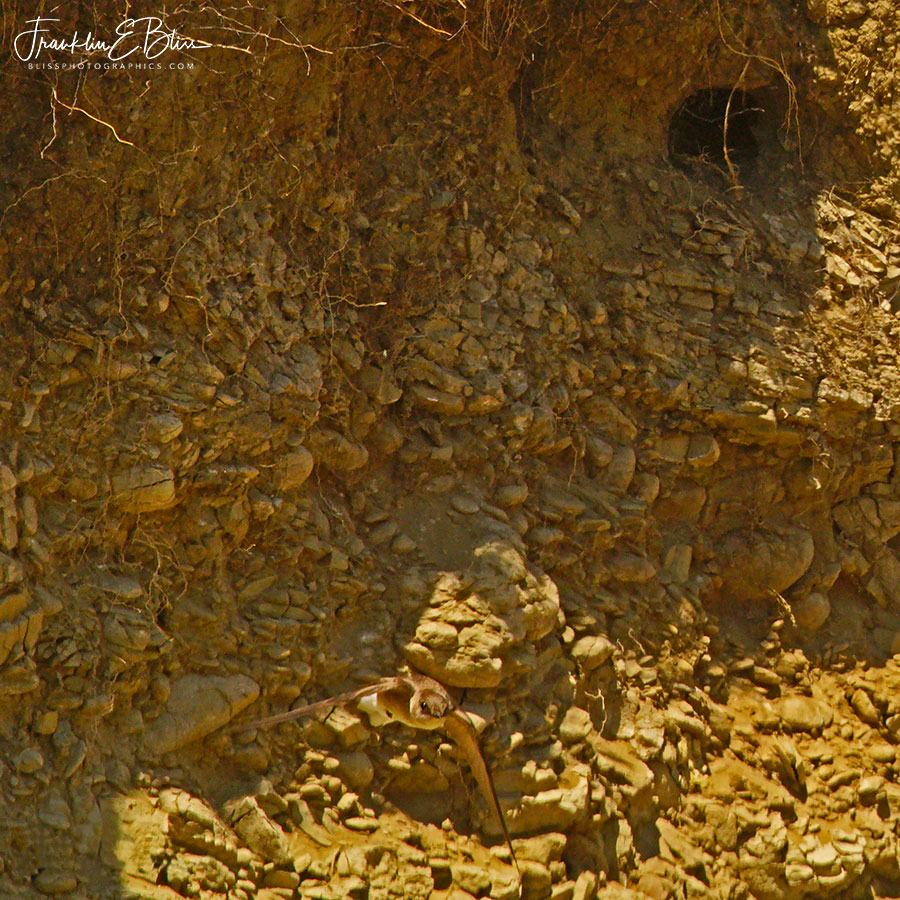 You Have to be Swift

Well a “White Throated Swift” if I read my audubon ID correctly. They are silly fast birds. Getting one launching from it’s home…. lol. My reaction time isn’t as fast as in my youth. As a geologists I’m less interested in the bird instead of the WONDERFUL geology behind it. I’m always thinking about Cretaceous river systems operating up here in the rock record. Geologists read rocks like a book. The local rocks make for a great story ! ..

Indeed this Swift is a cliff dweller exiting that dark subsoil homestead built out of the Cretaceous Hell Creek/Lance formation Cretaceous River bottom sediment exposed here. Those various “rocks” are all different kinds of mudstone “pebbles”. These were rolled down a very large paleo-river. Each rock torn up from the clay river bottom up stream then rounded along the way. There is a nice mix of clast sizes represented in the wall. The current velocity in that paleo-river obviously carried these pebbles to cobble sizes down river only to dump them here at this spot. That river lost it’s ability to carry this material leaving it behind for me to observe 66 million years later. No fossils in this debris which represents the source’s likely-hood of having bones in the clay. (way long discussion ommitted).

Somewhat more recently, rain water has very carefully washed the sand away from the pebbles showing this well exposed “cobblestone surface that is resultant from that pre-historic river depositional event. Notice I didn’t say “flood”. Floods wash sediment down stream as well as scouring clay chunks out of the floor of the stream. It’s the cessation of that flood that leaves this kind of debris as these transported mud clasts behind. Slower velocity drops the suspended and saltated load instantly. This pile of river gravel was eventually covered by another river cycle of deposition. The next depositional event overlapping rinse and repeat millions of times. The same river swept back and forth across the Cretaceous piedmont filling the epi-continenal sea at the time. Dinosaurs skinny dipped in these rivers sands/cobbles.

Title: You Have to be Swift