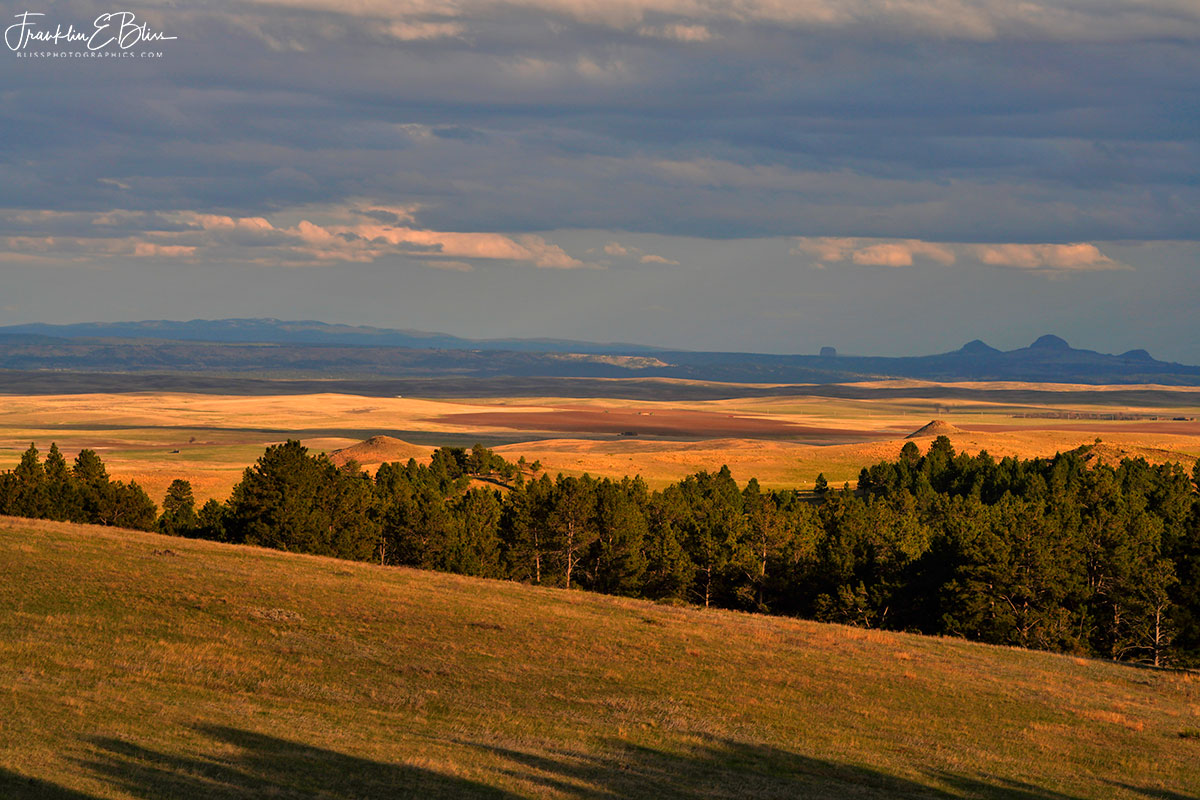 The mountain range on the left Horizon is the 90 mile distant Bear Lodge Mountains laying on the border of South Dakota and Wyoming. The 4 peaks on the right are the three Missouri Buttes with squarish Devil’s Tower between the Bear Lodge and the Buttes. Essentially your looking at the northern 1/2 of Crook County Wyoming in this image as I’m standing in Campbell County Wyoming by about 1 mile.

This view from the Pass at Rockypoint Wyoming to the Southeast across northern Crook County Wyoming. I’m actually standing in Campbell County with the camera. The sky was fully involved in a wonderful twilight sky snow. Well you know those distant hills as Devils Tower (left) and the three Missouri Buttes (right). 4 ancient volcanos throats exposed by erosion remain elevated over the surrounding debris plains.

The volcanos fed by these conduits didn’t erupt all at the same time precisely but were in the same general geologic time frame of a few million years. They are certainly all related and in the same volcanic “field”. Eruptions supplied by these pipes which occurred far above on ground that is no longer up there.

Erosion removed a LOT of material that used to be above the Tower and the buttes. Deeply buried these rocks were originally. The harder rock making up the Eventually the pressure in the original volcanic system dropped to the point where it was not pushing magma up the pipes. Insulated by the surrounding rock, the magma froze slowly in place. Because of that insulation and the slow cooling, the rock (Phonolitic Porphyry) was able to “crystallize” and freeze into columns.

Known for it’s columns, the Devil’s Tower has it’s status as our nations first national monument. The Missouri buttes only have SOME columns. Not as many or as well formed. So they are not considered monument worth lolol. The Bear Lodge Mountains are known as the Wyoming Black Hills and are indeed related to the geologic dome that is the Black Hill Geomorphic Expression in SD and WY. My ranch is on the farthest west edge of that uplift.