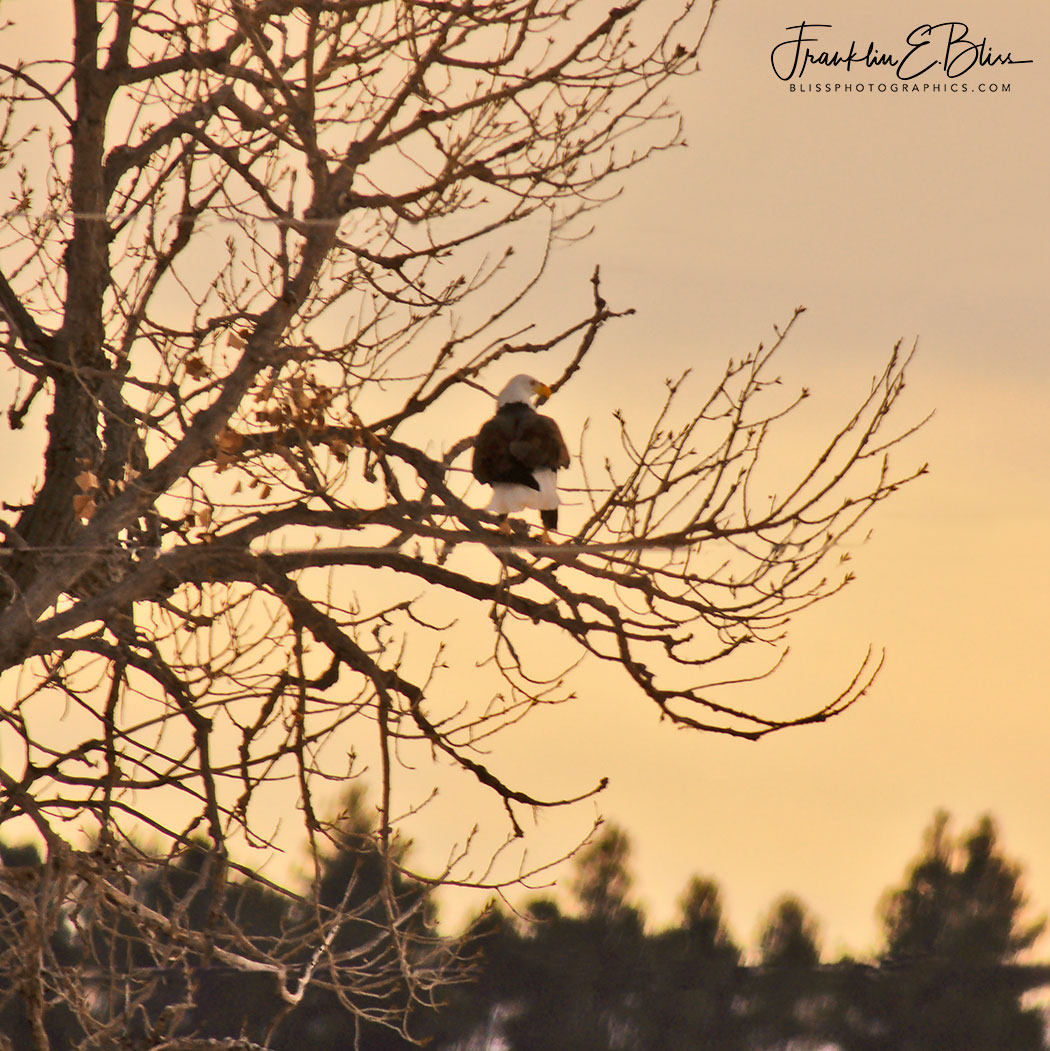 I don’t see a lot of American Eagles up in this high/dry ridge line country. They tend to hang out around rivers where they are both predators and scavengers. The do overfly and eat road kill. (Good work if you can get it as a raptor). I do see them along the road side now and then eating a fresh road kill. Not many species but man hunts the American Eagle but they hunt a lot of species.

There is an urban legend that Benjamin Franklin lobbied Congress to make the Turkey our national symbol bird. There is of course no evidence of this occurring but his daughter did write a letter (1784) labeling the Bald Eagle as “a bird of bad moral character). The real story was the eagles link to history and how it came to be our national symbol.

Shortly after the signing of the Declaration of independance.Congress formed a small committee of three. Those characters Ben Franklin, John Adams with Thomas Jefferson were the committee. Given the job of designing an official seal would be their task. Those three failed to get a design to pass congress. Bunch of slackers those three probably eh? 😜

Another two committees tried to get a seal for the nation. They failed as the first one did in order. Finally the job/work from the three committees were handed to Charles Thomson. He was serving as the Secretary of the congress. The final result was an artistic attenuation to the best elements of the various submitted designs. By 1782 Congress adopted the design using the American Bald Eagle over other “entries” into this historic contest.