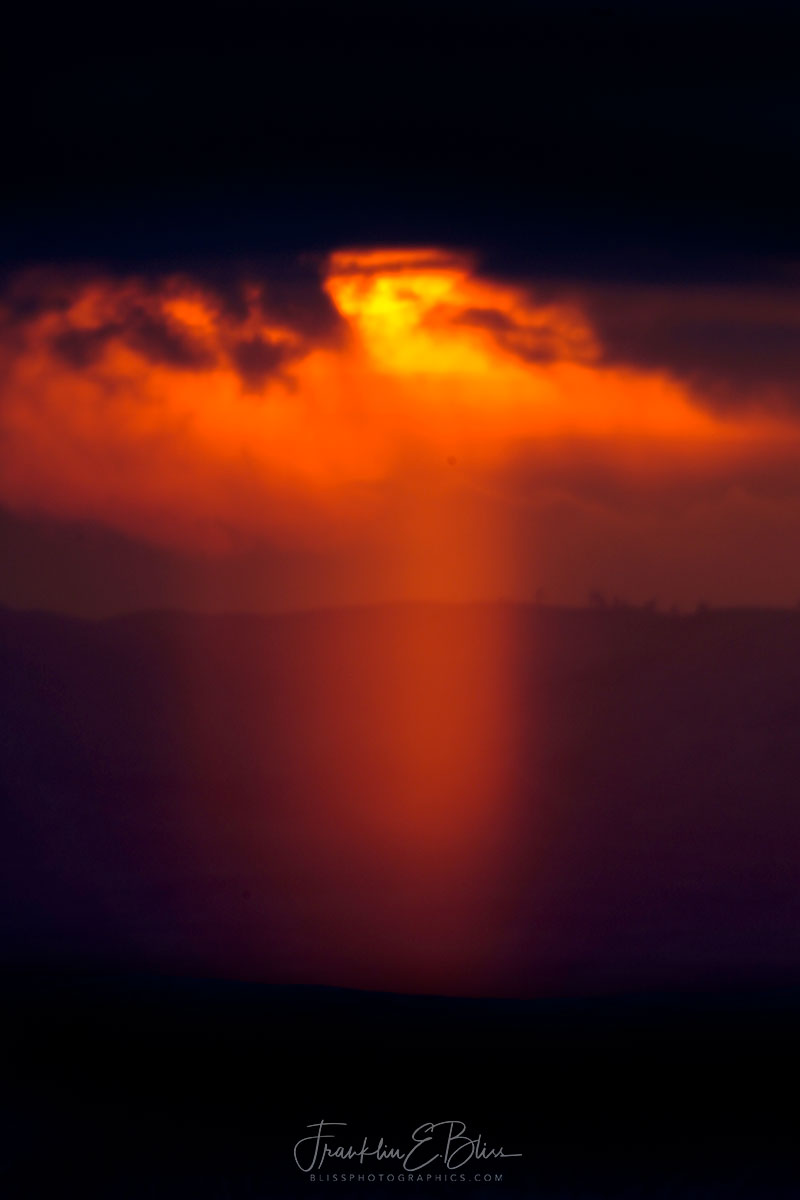 Sun Pillar Spirits in the Sky (A good one of Halloween or just a Wednesday….).

Let me say right off, I did NOTHING to this image but crop it size it and put my signature on it. It is as it came out of the camera. It definitely matches the scene I was watching 40 miles out from my position on Rattlesnake Ridge. I have at least another 1/2 dozen images pulled back of this with the images “face ” slowly morphing into a not as good a happy face.

I’m always looking for figures in the sky but this one gave me goose bumps. I didn’t know whether this character was carrying a sickle or not lolol. Reminds me of a Nickolas Cage character that did a lot of flaming up on his bike in “Ghost Rider”. (Classical Reference). It even has a bandana. It’s probably just me.

Ok, It’s a scientific/atmospheric. phenomena. Falling ice platelets, reflective surfaces of same, resulting in a strong reflection with a pillar. The clouds on top prevented almost any other light from coming through. It was VERY dark where I was but for this spot light at the foot of the Red Hills 40 miles out.

One more redeeming characteristic in this image. It forms a very nice natural Letter T for my Collection of images of nature forming letters. A colorful letter T to boot. This was truly an extreme / unique sunset event as I’ve never seen such a display before.