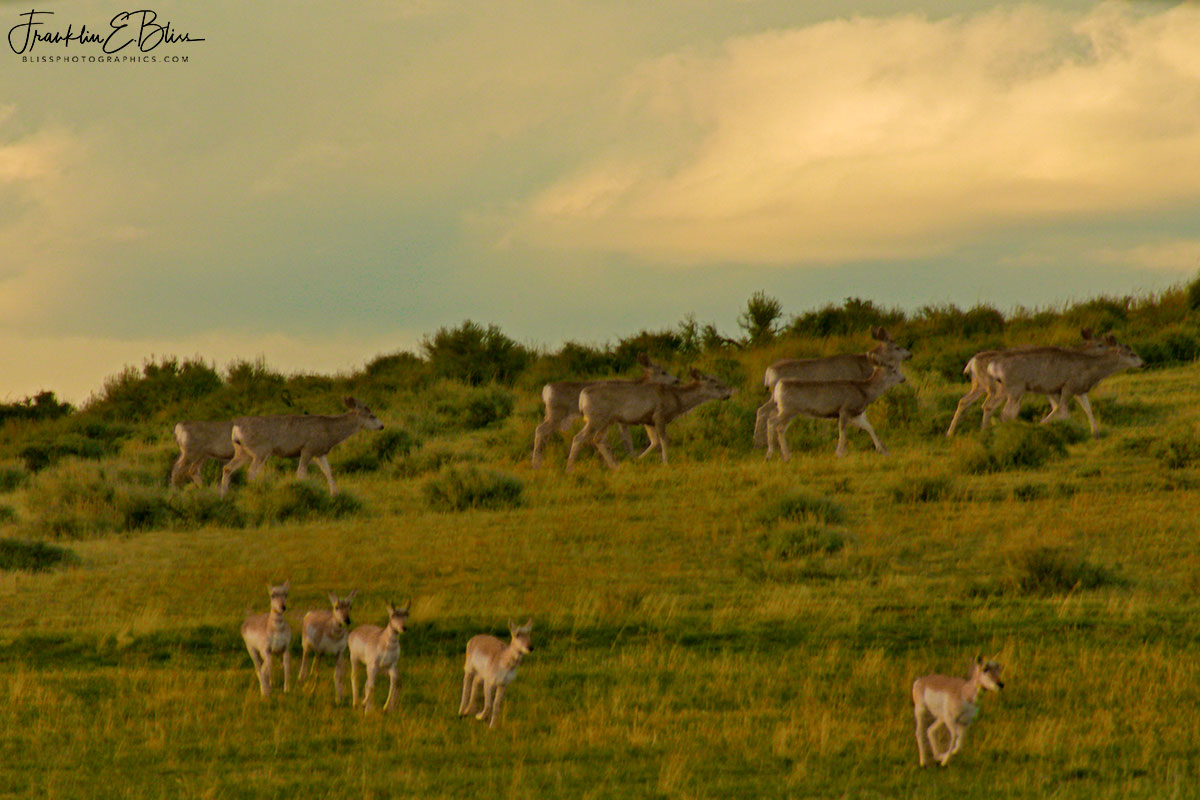 This was an attempt to get together a backcountry soccer game but there was no crowds in the cheap seat, or the stadium for that fact but me.

Upon arriving at the venue, hearing that it’s not good to be in groups of more than 5. This of course because of the Corona Virus, the Antelope ran away. The intimidating behavior /show of force of the deer herd of course was obvious. It demonstrated the military bearing of the group. Intimidation won the day here. The Pronghorn were awarded the loss. The Deer team, awarded the win for the opposing teams failure to take the field.

Back to my normal programing

Late summer 2019 when the Pronghorn were still around. They migrate about 30 miles to the south every winter and currently are absent as this posts. I will see them within the month I would think. It depends on how late the big spring snows are. The deer winter over hanging out somewhere near the water holes we keep open for them.

There are actually two parallel trails that the deer are walking on. I point out was pure coincidence for the alignment. They continued on up the hill quite a ways like this. I just took photos and tried to keep my jaw out of the way. I’ve never seen deer make a formation before lolol.