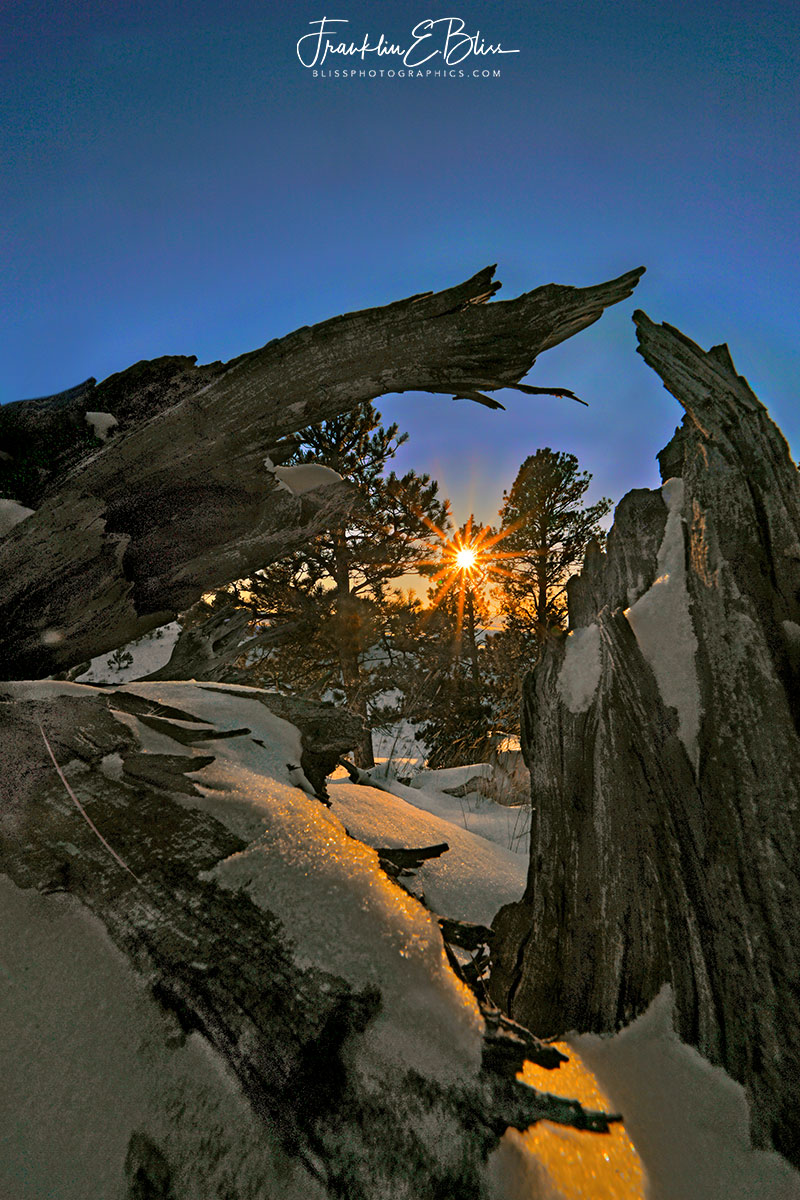 Stumped by the Sunrise

Clear skies or totally veiled skies are both candidates for this kind of “Close / Far Perspective. I will walk the shadow line on parallel ridges to find those elusive little areas of Zen. There are a million of those little areas in a scene but you have to line up with one to actually see it. It all has to do with angles and your viewpoint.

This is dry high ridge country here in the borderlands of Wyoming / Montana . The location several miles into the backcountry of this 4000 foot in elevation ridge. In this area, occurred a fire that burned all summer during the 1930’s. That fire didn’t go out until the snows fell in the fall. This obviously changed the landscape from a heavily forested pine grove into a more open landscape. Prior to human habitation, wildfires were always burning unchecked across North America. Then it got worse because native Americans did a LOT of burning to open up the deep woodlands. A grassland/forest mix is good for the wildlife. And they knew it. Pretty much right up until maybe 100 years ago.🤔

Wildfire is natures way of controlling the build up of forest floor litter. The old trees do fine in the smaller grass fires under them. Many pine cones open releasing their seeds due to the fires. Fires are responsible for trimming back woods creating grasslands. Trees like this if hit by lightning will burn for days. If there is a LOT of fuel, it get’s pretty spicy in the grasslands. The snow ultimate controls the burns in nature.

Title: Stumped by the Sunrise